Vinita Bali on eliminating classroom hunger with Akshaya Patra, and how women can navigate inequalities in and out of the boardroom 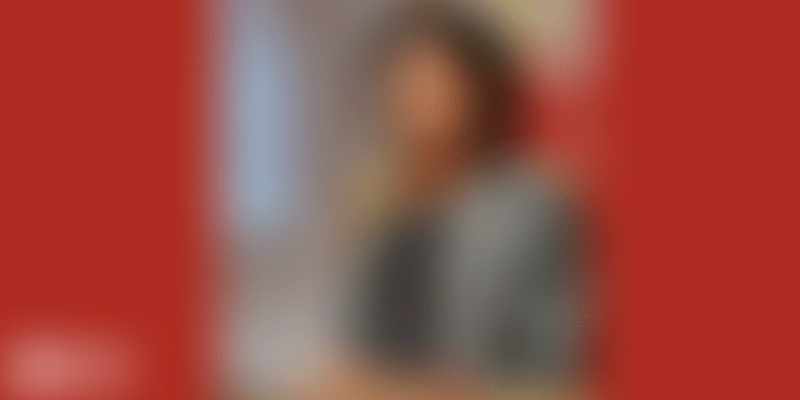 As a Consultative Member of the Akshaya Patra Foundation, Vinita Bali, former MD of Britannia, is working towards ensuring that children and adults have access to nutritious meals.

India is home to one-sixth of the world’s population, but accounts for about one-third of the global burden of malnutrition. This issue was aggravated by the onset of the COVID-19 pandemic when the lockdown disrupted livelihoods.

As children could no longer attend schools, many were also deprived of their only wholesome meal — the mid-day meal provided at their schools.

Vinita Bali, a global business leader, has extensive experience in leading large companies both in India and abroad. In addition to being the former MD at Britannia India, she has worked with multinational companies like The Coca-Cola Company and Cadbury Schweppes PLC in the UK, Nigeria, South Africa, Latin America and the US.

In April 2014, Vinita moved from Britannia to pursue her interests in the corporate and development sectors. At present, she works as a Consultative Member at the Akshaya Patra Foundation and aims to ensure children and adults have access to nutritious meals.

Akshaya Patra Foundation has aligned its ethos with UNSDG’s goals to reach Zero Hunger by 2030.

During the pandemic, it served over 12 crore meals across the country since March 2020. By 2025, the foundation’s goal is to serve cumulative five billion meals to school children.

In an interview with HerStory, Vinita talks about her role with the Akshaya Patra Foundation and her experiences in the corporate world.

Edited excerpts from the interview.

HerStory (HS): What are you doing to help the Akshaya Patra Foundation and the movement to combat hunger, and especially classroom hunger?

Vinita Bali (VB): I have actually been associated with Akshaya Patra over the years and that association has taken different forms.

As part of the Britannia Nutrition Foundation, we started looking at supplementing the midday meal with specially formulated iron-fortified biscuits and were in touch with Akshaya Patra.

More recently, I've become a member of their Consultative Council, where we discuss anything that is of significance and importance to Akshaya Patra in the work that it is doing, which I think is a phenomenal model, that ensures that children, who go to particular schools, are at least assured of one hot nutritious meal in a day.

HS: The pandemic has thrown up challenges because children were not going to school. What happened during this time?

VB: I think it was a very unfortunate situation because the school system ensured that the meals came to the school, the children were in school, and were fed. Obviously, during COVID-19, the schools were shut.

Akshaya Patra very quickly pivoted to a model where it actually made dry ration kits, which were then distributed to the families of these students. But it's not the same.

It caters to 1.8 million kids every day. How do you reach 1.8 million children? Among other things, the Foundation was also serving millions of meals to migrant workers who were moving from the cities back to their villages.

We used the kitchens for two purposes. One was really to feed the people who were on the move. They also made kits, which included not just dry rations, but also things like sanitisers, hygiene and educational products, which the children and their families would require at that time.

But it is very tough, schools are just about reopening, and we'll have to see. Hopefully, there isn't a strong second wave that puts all of this back into disarray.

HS: Also, the pandemic has been very harsh on women with the additional burden of looking after the home while working from home…

VB: More women have lost jobs compared to men, and domestic violence cases have gone up considerably. I think we are a society that is not questioning our men enough. They are the ones who are perpetrating these crimes, whether it is against women or children.

And somehow, society doesn't look at it that way; we don't hold them accountable. And somehow, the women and children have to bear the larger burden of the misdeeds of the men in their family.

HS: Another fallout of the pandemic has been its toll on mental health. In your opinion, how can women manage the psychological, physical, and mental challenges brought on by the pandemic?

VB: I would rephrase that question and ask what should each one of us do because we can't burden the women with every problem, new or old that we have to confront. It's a question of what society can do, which means what each one of us in our professional roles can do.

There are lots of interdependencies, even in our personal roles and the way we interact — at home, with friends, neighbours, and colleagues at work — is going to have to be more empathetic not just in a cognitive sense, but also in an emotional sense because people are going to experience things they have never had to before.

We are already dealing with this for the first time and so it requires greater, not less patience.

[Woman in Tech] My biggest learning is the art of influencing without authority: Jaya Jagadish, AMD

HS: You have had a long and illustrious career in the corporate world. Why do you think there are very few women in leadership positions?

VB: I think the issue is more to do with the environment — not just in the workplace, but in their homes, in communities, and society. How much does society or the family contribute to encouraging, women to work as they encourage men to work?

So, I think it's an ecosystem issue and organisations are a microcosm of that ecosystem.

To address this issue of more women in the workplace, we have to go back to the mindsets of parents, of teachers and schools, and employers.

We are so conditioned that women somehow feel that it is for them to make all the sacrifices.

The time has come for not just women to question that, but everybody around them, because we are living in an interdependent and interconnected society.

HS: Was it difficult for you to break the glass ceiling?

VB: I never think in terms of the glass ceiling. In my experience, I would say when you get every other chatter out of the way and focus really on your contribution than people actually forget about gender.

I was also fortunate to work in organisations and with people who had an inclusive mindset. And therefore, I got opportunities a lot of my male colleagues didn't get.

HS: But biases – both conscious and unconscious, do exist in the workplace…

VB: There are huge biases when it comes to women in the workforce. We keep talking about diversity and inclusion, but a lot of organisations also take the easy or lazy way out and it's not as though there aren't enough qualified women to do the jobs.

It's just that you have to perhaps search harder to find them. And once you have found them, you need to make sure whoever you are in the organisation, the CEO, the MD, or the Chairperson, the entire board, questions management on what they are doing for inclusion and diversity management.

The biggest issue we have is there is a huge gap between what people say is important and what people do.

HS: What do you think will be the future of work in a post-COVID-19 world?

VB: Suddenly people feel that work from home is the magic elixir. People are working from home because there is no option. We also have to understand that a large part of the workforce will be in a hybrid model.

If it is COVID today, tomorrow it could be something else, there is climate change that is looming large, etc. So, I think as human beings, we need to step back and see, how are we living? How are we working?

HS: Apart from Akshaya Patra, are you working on other projects?

VB: I chaired the CII National Committee on nutrition, where we work with organisations largely in the private sector or with the state government to increase the availability of nutritious food either by fortifying the existing foods or making sure there are good supply chains to be able to bring more and more nutritious food to people.

Another area I am very involved with is performing arts, especially those affected by COVID-19, and how to help them. No artiste, no theatre person, no musician, no dancer has gone on stage to actually perform due to the pandemic.

With determination and grit, this woman entrepreneur scaled her family’s relocation business from Rs 3Cr to Rs 75Cr revenue

Words of wisdom from Disney princesses to chase your dreams