How entrepreneur Sharmila Oswal is channeling her patriotism for social good 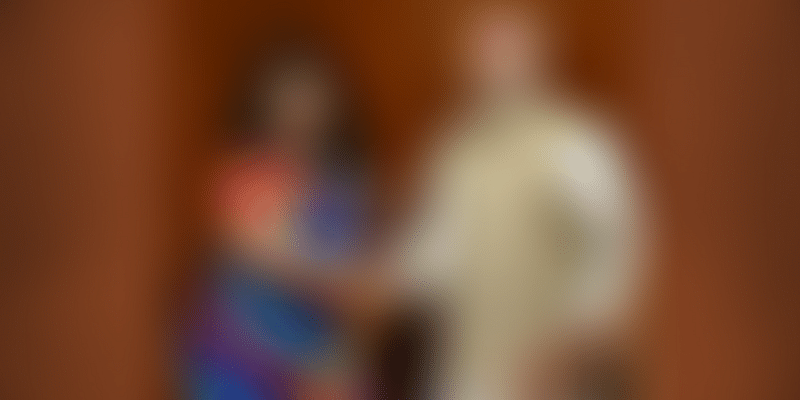 Based in Pune, Sharmila Oswal is the Managing Director of 1Organic, a social venture started during the lockdown. It aims to make organic food more accessible and affordable.

The coronavirus-induced lockdown meant more ‘family time’ for many of us. But social entrepreneur and environmentalist Sharmila Oswal’s house turned into a melting pot of discussion for a social venture that aims to ensure access to and affordability of organic and healthy food.

Sharmila appears to be a stickler for the old adage that prevention is better than cure and that it begins with healthy eating.

“Today, eating organic and naturally grown food has become a trend associated with the rich and the wealthy. As we saw deaths due to COVID-19 and other diseases during the lockdown, making organic food accessible felt like the need of the hour,” she tells HerStory.

This led her son Shubham Oswal to officially launch 1Organic, a marketplace for affordable and cruelty-free organic food.

An agency to the farmers

As the Managing Director of 1Organic, Sharmila leverages the natural farming practices of over two lakh farmers and more than 4,000 tribal families across India. A food security and water specialist since 1995, she has worked with farmers from nooks and corners of India including Leh, Ladakh, and tribal regions of Meghalaya.

In turn, she says the farmers trust her and the venture and are eager to supply through the Farmer Producer Organisation.

She says, “The government charges in lakhs to provide India Organic Certification for their organic and natural practice, which usually takes about two to three years.”

Based in Pune, 1Organic has domestic and international certifications from the European Union and sells in partnership with Reliance retail as well as its own website. The entrepreneur says the startup has recorded 50 percent growth in six months of operation.

Patriotism in her blood

Born and raised in a conservative Marwari family in Konkan, Sharmila fought for her education and studied by securing scholarships both in India and abroad. She had to even convince the administration’s office at ILS Law College that she will be an asset to the institution to get admission.

From there, she went on to secure scholarships to pursue Water Leadership Programme from the National University of Singapore and earned a position as a Water Diplomat at Tuft University.

“In fact, many outlets have written about me as the girl from Ghunghat to Harvard. As a young child, when I saw my sisters in the Ghunghat, I wanted to make my own path through education,” Sharmila shares.

It is worth noting that Sharmila hails from a family that has been directly involved with India’s freedom struggle. Her mother had been part of the Satyagraha movement during the time of Mahatma Gandhi.

The patriotism and love for her country made her give up her permanent residency in Canada, where she had settled as an environment lawyer, and she returned to India in 2003.

Patriotism for her meant being of help to people in need and she thus started working closely with farmers from across the country through her non-profit organisation, Green Energy Foundation.

This mother-daughter duo’s brand offers organic spices that are made in the traditional, hand-ground way

When she noted that skilled women lacked digital know-how and marketing skills to sell their work and reach a wider audience, she started a Facebook group called Digital Warriors to educate them.

As the engagements increased, she started Digi bazaars by creating WhatsApp groups to connect women entrepreneurs in non-metro cities to share business tips, buy, and sell products. Today, it has fostered a connection among more than two lakh women.

In 2017, PM Narendra Modi took note of her mission to empower women entrepreneurs and invited her to Delhi to discuss best practices to bolster digital literacy.

At 48, Sharmila may have many titles to her credit, but she prefers to be known as a lifelong student and says it is the possibility of learning from people from different walks of life that keeps her going.

With determination and grit, this woman entrepreneur scaled her family’s relocation business from Rs 3Cr to Rs 75Cr revenue

Words of wisdom from Disney princesses to chase your dreams