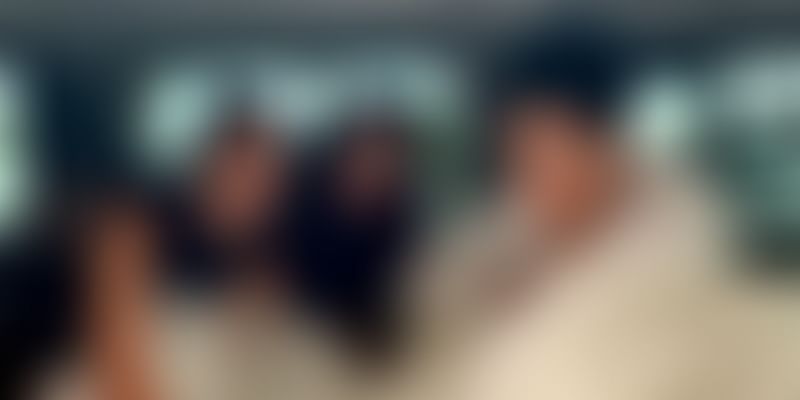 The founder of celebrity, fashion, film and wedding styling startup, Wardrobist, Aastha Sharma was set to become a lawyer, but fate had other plans.

Aishwarya Rai Bachchan, Saif Ali Khan and Disha Patani are just some of the names from Aastha Sharma’s long list of celebrity clients. Founder of celebrity, fashion, film and wedding styling startup, Wardrobist, she has styled the red carpet looks of stars at the celebrated Cannes Film Festival since 2015. Aastha and her team have also styled campaigns for global marquee brands such as L’oreal and Longines. The former Harper’s Bazaar senior stylist, launched her Mumbai-based startup in 2012 after a two-year stint at the iconic fashion magazine.

Growing up in a family of lawyers in North Delhi’s Model Town neighbourhood, Aastha had never thought of pursuing fashion or styling. In those days, it wasn’t really a career choice anyway.

She wanted to become a lawyer, following in her father’s footsteps, and even cleared the entrance test for the National Law School. However, her father sat her down and asked her to pursue law after graduation if she really wished to and not take it up simply because he was in the profession. “I think secretly he didn’t want me to become a lawyer. I wanted to get into anti-corruption, he was an anti-corruption lawyer and he probably thought that’s not the place for me,” she reminisces.

Her father perhaps knew that her calling lay elsewhere. When she went on to study English Literature at Miranda House of Delhi University, she too realised that she wanted to do something “more free-flowing” and “more creative”. While in college, Aastha developed a keen interest in fashion. After graduating, she enrolled herself at Pearl Academy, a private college known for its courses designed for the fashion industry. Six months into her Fashion Marketing and Merchandising course, she realised she didn’t enjoy that aspect of fashion which included visiting factories and was almost on the verge of giving up. But her course coordinator convinced her to finish the course and assured her that she could take up a different aspect of fashion that goes beyond merchandising and marketing.

“One day I was sitting in the library and a friend of mine introduced me to styling and at that time styling was very new. It was limited to editorial styling or campaigns and commercials. So he introduced me to Rin Jajo, who was the Maxim (magazine) stylist, and I started interning with him. I started assisting another stylist Aditya Walia as well. While assisting them I realised this is it for me, this is what I enjoy doing,” Aastha shares.

From that point onwards, there was no looking back for her as she knew exactly what she wanted to do. Later, as fashion producer at Harper’s Bazaar, the experience of styling and producing shoots gave her “great exposure”, as she travelled the world.

It helped her build contacts in the industry and a couple of years down the line, she realised she was ready to start off on her own.

The emergence of styling

Styling as a full-time profession was mostly unheard of till around a decade ago. It was the norm for fashion designers to deliver end-to-end fashion solutions, including styling. But it all started to change around 2010-2012, when “a lot of international brands” such as Dior, Gucci, Salvatore Ferragamo started coming to India and “wanted to dress Indian celebrities”, according to Aastha.

“Post 2010 that trend of dressing up and going to an event or going out in public really caught on. The media also became a lot more active and aware,” she says.

So what exactly does a stylist’s job entail? Aastha explains that it’s the entire process that starts from clothes and ends with the “final picture”.

“We first understand who we are styling, what we are styling for, then we go look for references, Then clothes which will match our references and which will match the brief which we have. Then we do a round of fittings with them, shortlist one or two or three outfits which work perfectly for that event or shoot. Then goes your accessories, your shoes, your jewellery, your bag, whatever you need to accessorise your artist in [sic]. Then you get into hair and make up, then you get into the picture of it,” she says.

While every stylist wants to bring in their own style, it’s important to first understand the project, the celebrity and their respective needs, Aastha highlights. “Every celebrity has their own persona, they come up with their own image, personal style. So you have to really understand that, before you start working with them,” she adds. According to her clients, this is something Aastha does really well. Actor Disha Patani says, “She (Aastha) is someone who really understands my personal style and she really works according to my body type and what looks good on me. I think that's something which is very important and a lot of times people ignore that side of it.”

How to become a stylist

Just being “fashionable” or the fact that you “love fashion” is not enough to become a stylist, warns Aastha.

It’s a lot of hard work and long hours in a very competitive environment, she says. Having an education and a good grip of the subject is important.

Almost all fashion colleges, whether it is NIFT, Pearl, Parson’s or London School of Fashion, now offer courses in styling. An education in the subject puts you in good stead, but you have to constantly keep studying, researching and reading throughout your career, if you want to excel, Aastha highlights.

“It’s not just putting a dress on someone. You must work and intern under professionals and learn the job. Make contacts, understand what’s happening in the fashion world across the world. Have an eye for what’s trending, what’s in fashion,” is her advice to budding stylists.

Aastha and her startup are among several other stylists who offer styling services, but she does not consider them competition. She says it’s an ecosystem where everyone is trying to help each other and there is ample work for everybody.

The business model of Wardrobist is a mix of retainer and ad-hoc projects. Since it’s a service related business, profitability has never been a concern, Aastha points out. Charges for styling projects can range anywhere from Rs 20,000 to Rs 5 lakh and upwards, she adds. There was no initial investment needed to start the business when she was starting out with her former Harper’s Bazaar colleague and business partner, Mohit Rai.

The duo quit their jobs, took up a styling project for a Punjabi film, earned in “bulk” and moved to Mumbai with that money. From just two people, Wardrobist is now a team of 10 that includes head stylist Rean Moradian, assistant stylists, an account team and a logistics manager.

Although Mohit Rai, a well-known stylist in his own right, went solo after a couple of years at Wardrobist, the two friends recently came together to start a separate bridal styling company called The Wedding Style Project, launched in August. It promises to bring “the best of wedding and trousseau fashion to navigate your wedding wardrobe”.

The story behind International Women’s Day, and the theme for 2021

Starting at the age of 18, how Nina Lekhi built a Rs 111 cr brand with Baggit

Women’s Day: How this woman entrepreneur failed twice and found success after reinventing her startup

Motivational quotes by Emmy Award winner Wanda Sykes on life, being a woman, and comedy

Women’s Day: How this woman entrepreneur failed twice and found success after reinventing her startup

Motivational quotes by Emmy Award winner Wanda Sykes on life, being a woman, and comedy

Women’s Day: 5 Indian women philanthropists who made a difference during the pandemic

The story behind International Women’s Day, and the theme for 2021

Women’s Day: How women are leveraging different Amazon platforms to succeed on their own terms