In 2015, Vijaya Rajan’s husband was training to swim across the English Channel. To support him, she started searching for nutritious snacks to help keep his energy levels up.

“I was looking for healthy snacks that were free of preservatives, artificial additives, and sugar, and could be consumed on the go. However, it was a daunting task to find such products,” she recalls of her foray into nutritional snacks with SIRIMIRI.

She also found that many so-called nutritious products like muesli, granola bars, etc available in the market were loaded with sugar, artificial preservatives, and other unhealthy components.

So, Vijaya began experimenting with various combinations of nuts, grains, and fruits and prepared a range of nutritious snacks for him. She spent close to three-four months actively researching ingredients and their nutritional values.

While she was initially only looking to make these products for her family, she noticed that friends and relatives were also looking for similar products. Over time, Vijaya’s preparations became a hit as the go-to snack for children in her family and friend circles.

So, a business that started with one employee in 2017, operating out of Vijaya’s home, is today a 15-member team working in a 5,000 square feet production facility in Bengaluru.

“It was around early 2017 that I made the conscious decision to turn this into a business, tweaking the recipes and products that I made for my family, standardising them, and then producing large batches of products to be packaged and sold. By the last quarter of 2017, I had finalised the variants and types of products I would sell and enrolled in the Amazon Saheli programme to sell SIRIMIRI products through the Amazon marketplace,” she adds.

Vijaya decided upon the name SIRIMIRI, which in Spanish means “light drizzle”; in Kannada, SIRI is the name for Goddess Lakshmi. She says that she found it the perfect name for her brand as it was extremely “meaningful apart from being catchy and easy to remember”.

“Representatives from the Amazon Saheli programme helped us understand how to list and sell through the dedicated Saheli storefront. The programme gave me various business and operational insights and support for packaging, marketing, and shipping that have helped me increase my visibility and reach the right-end user,” Vijaya says.

She also adds that as a home-grown company that did not have deep pockets to actively devise a distribution strategy, selling on the Amazon marketplace helped her avoid negotiations for stocking fees and shelf space. The ecommerce giant also provided higher margins for products and helped her invest profits into growing the business.

Initially, Vijaya invested Rs 2.5 lakh into the business for materials and equipment. “As we scaled, we had to increase the production and moved into a 5,000 square feet facility. Apart from this, we also expanded our team from one to 15 members, added equipment for production and packaging of the products. These investments were only possible because of the 20x growth in sales that we witnessed since we began selling on Amazon. Our revenue since moving onto Amazon has seen a 370 percent growth and we will close this financial year with 500 percent growth over the previous fiscal.”

The success and scope for growth of SIRIMIRI saw Vijaya’s husband quit his high-paying job with British Telecom and join her in running the business. He now actively looks after various business and operational aspects of the brand.

Vijaya believes that it hasn’t be an easy task to carve a space in the nutritious snacks business. “The biggest learning and challenge has been to find the right target audience for our products and be in their consideration set. I will continue to work on this front as I am passionate about the business of nutritious food,” she says.

The founder also has long-term plans for the growth of SIRIMIRI. The company is working towards growing its customer base and reaching out to the niche segment of consumers looking for nutritious snacks. This will also include a strong focus on increasing the number of repeat purchases among existing customers by continuously innovating product offerings.

“It is a great time to be a woman entrepreneur in India, as programmes such as Amazon Saheli are building an ecosystem to promote and encourage women entrepreneurs who are new to the world of ecommerce. It certainly has been a game changer for SIRIMIRI,” Vijaya says.

How this woman entrepreneur overcame dyslexia, became a forensic scientist, and later started up in the energy sector

This woman entrepreneur started up at the age of 25 with Rs 5k, clocks Rs 1 Cr turnover in 2 years 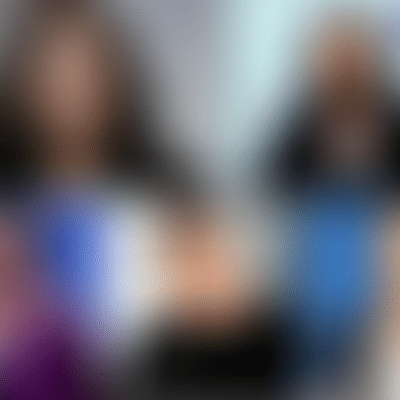 Coronavirus: how have women-led countries flattened the curve?