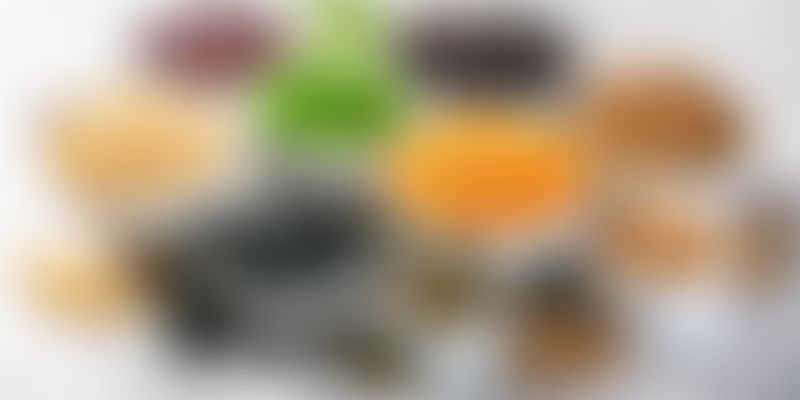 Noida-based startup Farmers’ Family launched amid the lockdown last year to build a bridge between farm to table and deliver fresh produce at customers’ doorstep. It has been recognised by the government’s Startup India mission.

Over the last year, most Indians have gotten used to ordering groceries online. Even though the penetration of digital is low, it is growing fast. Now, with India firmly in the grip of a second COVID-19 wave, doorstep deliveries are likely to grow further.

To make the most of opportunities in this space, Noida-based agritech startup Farmers’ Family launched its grocery buying app in March this year.

Customers can order farm-fresh fruits, vegetables, dry commodities, and local produce on the e-marketplace, and get them home-delivered via mobile grocery carts. Farmers’ Family also sells boxes of ‘cut and peeled’ fruits and vegetables.

This consumer-facing operation is the agritech startup’s attempt to create a bridge between the farm and the table.

Farmers’ Family, which started in June 2020, also owns the entire supply chain for agri produce, from sourcing and procuring to cleaning and packaging to storage and last-mile delivery.

Founder and CEO Vikal Kulshreshtha tells YourStory, “Once the lockdown began, it became difficult for people to get fresh fruits and vegetables home-delivered. Since we come from a hospitality background, we saw the problem first-hand at restaurants and hotels too. Sourcing raw materials was the biggest problem. That’s when we started working on the concept, and launched in three-four months.”

In July 2020, Farmers’ Family was recognised by the government's Startup India mission. It launched operations in August, and since then, has expanded its sourcing network to 400 farmers via FPOs and 80 farmers with whom it works directly.

Backend operations for farm to fork

Farmers’ Family has set up its collection centre in Hapur in Uttar Pradesh, and a distribution centre in Noida in the Delhi-NCR region. Additionally, its polyhouse and beekeeping farms are located in UP’s Aligarh, Bulandshahar, and Muzaffarnagar.

All the produce is sourced directly from farms, cleaned thoroughly with ultrasonic, ozone technology, and packed hygienically using state-of-the-art machinery at its production unit.

The startup has built post-harvest technology to minimise wastage and transport the farm-fresh produce to homes with minimum human interference. It also works towards building an inclusive community for farmers by ensuring them fair prices.

The founder shares, “Our existing capacity can cater to 20 lakh families in Delhi-NCR, and Jaipur and Chandigarh where we will launch in the next year. We have listed 75+ SKUs on the platform, including regional grocery items from Uttarakhand and Rajasthan. We also have two private labels in honey and jaggery.”

Farmers’ Family claims to have serviced over 15,000 orders, with an average ticket size of Rs 300-500. It is projecting an ARR of Rs 10 crore by the end of the year. The app has garnered 1,200 users in a month, with 80 percent placing repeat orders.

The platform currently closes over 100 orders per day, and manages deliveries with a distribution team of 28. Going ahead, Farmers’ Family looks to partner with fleet operators to scale up its deliveries. It will also roll out rewards and loyalty programmes on its app for frequent customers — similar to bbStar subscription.

Farmers’ Family operates on a simple B2C model for now, but it plans to drive adoption by “creating clusters” through local influencers.

Its long-term expansion plan also includes opening “co-branded outlets” inside housing societies. “The influencers will be responsible for developing the chain of stores,” the founder says.

The startup is yet to raise any external capital. Before launch, it had raised an internal seed round of $125,000 from co-founder and angel investor Ravi Gosain.

This ex-banker’s agri-fintech startup has disbursed loans worth Rs 6,000 Cr to 4M farmers

Grocery is the largest category of India’s retail industry. Online grocery alone is estimated to be an $18 billion market by 2024, according to a report by RedSeer.

Even though margins in grocery retail are paper thin, online shoppers tend to be more sticky with products, which is an advantage for startups in the space.

Vikal sums up the opportunity by saying, “This is a crowded segment with many organised and unorganised players, but people have started taking their health very seriously, and are not really into price wars. They will pay if you give them healthy products at fair market prices.”