Against all odds, how this entrepreneur single-handedly built a profitable Rs 35 Cr revenue D2C jewellery startup 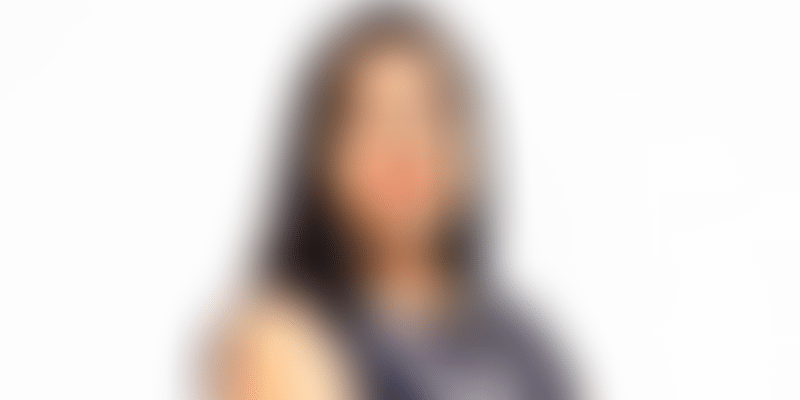 Priyaasi, a direct to consumer online jewellery startup founded by Priyanka Khandelwal, has registered rapid growth over the last six years, and focuses on curating the right products at an affordable price point.

Being a software professional, mother to two young children, and starting a venture in the male-dominated jewellery business can be a tough task, but the challenges did not deter Priyanka Khandelwal from setting up a bootstrapped direct to consumer (D2C) brand – Priyaasi. The startup has hit revenue of Rs 35 crore in FY21, and has always remained profitable.

Though trained as an engineer and having worked at corporates, but hailing from a Marwadi-bania family, Priyanka was always keen to do something on her own.

Post her marriage and giving birth to a baby, Priyanka resigned from her job at IKSL and shifted to the United States with her husband in 2012.

In the US, she started a call centre business but soon, had to close it down soon due to a change in regulations. During her stay, while pregnant with her second child, she got a first-hand experience of how ecommerce is helping people shop.

In the US, she observed the convenience and range of products available to the consumers, along with the ability of ecommerce to innovate quickly.

Priyanka studied the entire facet of the ecommerce business – such as the various categories, managing the supply chain and inventory, and which segments receive major investments.

Back in India in December 2014, Priyanka decided to foray into ecommerce to create a modern traditional jewellery brand. She realised there was a gap in this segment, as if the quality of the jewellery products sold online was good, it was overpriced, but if the price was lower, the product did not meet the standards.

Priyanka was very confident that she could provide the right jewellery product, at a price point that is attractive to customers. She also saw her father’s family manage a third-generation jewellery business from close quarters, which gave her both insight and leverage.

In 2015, she formally set up her venture with an investment of Rs 9,000 under the brand name of Prita. Running a one-woman show, she managed everything – from selecting jewellery designs, ordering products, to creating catalogues – all the while she looked after her two young children in a joint family setup.

Priyanka also had to single-handedly move to different locations across the country as well as abroad to source jewellery designs and products. This can be very daunting as many people did not take her seriously.

The general impression was she was not serious about her business and took it more like a hobby. Also, given the relatively small size of her business put her at a disadvantage.

“People do not take you seriously because: one, I’m a woman, and more so, if you are going alone for a business transaction,” says Priyanka.

She also recounts the time when she had to single-handedly market her business to the vendors to establish her serious intent.

This all-women startup is tapping into a wide influencer network serving the likes of Vans, Loreal, and Reliance Digital

Her father accompanied her a couple of times to places like Mumbai, where Priyaasi has got the contract manufacturing unit. At the same time, she had to keep the needs of her children in mind.

Juggling between being a wife, mother and businesswoman, Priyanka carved a niche for herself. She attributes her parents for bringing her up as a confident and strong woman, and she is also appreciative of her supportive husband.

The real big breakthrough came when Priyanka was onboarded on the erstwhile fashion marketplace Jabong in October 2016. Since then, there was no looking back as her venture later onboarded Myntra, the fashion and accessories marketplace of Flipkart, in 2018. This was the time she rebranded her venture as Priyaasi to represent a fashion jewellery brand.

According to Priyanka, her startup has been recording revenue growth of 100 percent year-on-year ever since she started the operations.

There are various players in the online jewellery space, including new startups as well as offline companies setting up their ecommerce presence. These include names like Bluestone, Carat Lane, Tanishq, and Kalyan Jewellers, to name a few.

Priyaasi closed FY20 at a revenue of Rs 16.5 crore, and more than doubled it to Rs 35 crore for the FY20-21 fiscal. Priyanka claims that it has always been a profitable business.

“I did not take any salary for four years and put all my profits back into the business,” says Priyanka.

All of their hard work paid off when Priyaasi was declared as the Best Jewellery Brand for the year 2020 by Myntra. “It was a big milestone in achieving my dreams,” says Priyanka.

A shift in priorities

During the growth phase, Priyanka made a crucial decision of shifting the base of her business from Ghaziabad to Gurugram. This proved to be very strategic as many people were willing to come and work with her at the new location. This startup employs around 50 people.

Today, Priyaasi has a presence on all leading marketplaces like Amazon, Flipkart, Myntra, and Nykaa. Besides, it also has its own online presence.

According to Priyanka, Priyaasi has a return customer ratio of 20 percent, which she says is one of the highest in the jewellery segment.

The business of branded online jewellery online can be very challenging as the preferences of customers regarding design and style are changing constantly. Also, this is a very price-sensitive business that operates on thin margins.

“We are always trying to do different things, and make sure that Priyaasi can provide quality products at the right price point,” says Priyanka.

Priyaasi is looking to hire a few jewellery designers in a couple of months and aims to raise funding next year. This will strengthen their domestic as well as international markets which they have started just now.

The D2C startup is currently catering only to women’s jewellery, and those in the age group of 22-40 are its core customers, with the majority coming in from Tier II and III locations.

Currently, the artificial jewellery market in India is $10 billion in size but is largely unorganised. There is a huge potential to build a Rs 500 crore brand in the jewellery category in the next five years, and Priyanka wants Priyaasi wants to enter that fold. She says this will require the startup to foray into the international market and newer categories, including silver jewellery, men’s, and children’s segment.