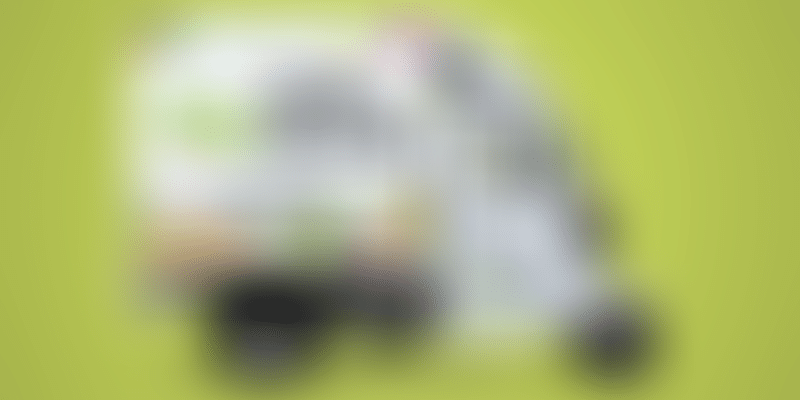 Delhi-based startup VegEase marries technology with tradition to create a new-age grocery buying experience for customers. It looks to expand to 20 cities by the year end.

It is no secret that the pandemic has changed consumer behaviour. After a year of restricted movement in physical spaces, buying online is almost second nature now.

Even with food and groceries — a segment with a large offline component — new buying habits have emerged in the last one year. The success of direct-to-consumer (D2C) food brands and the rapid growth of online grocers bear testimony to this.

But what if new-age technology could be blended with traditional grocery buying habits so as to offer the best of both worlds to consumers?

This is what VegEase, a born-in-the-pandemic startup, is doing with its online-to-offline model of delivering fruits and vegetables.

VegEase is the handiwork of eGreen Farms, a Delhi-based food retail company founded in 2018. Its founder Mayank Chaurasia started conceptualising VegEase even before the pandemic began. However, its launch was delayed due to the COVID-19 outbreak. The platform eventually went live in January 2021.

Essentially, VegEase offers a future-ready experience of buying farm-fresh fruits and vegetables, where consumers can book a grocery cart on the app (just like booking a cab), wait for it to arrive at the doorstep, and handpick the best stock themselves.

“Demand varies with localities. If a customer is staying at CR Park [in Delhi], fruits and vegetable sales may be demographically aligned to Bengal. Similarly, those items may not find much value in an area like Rohini, which is dominated by people from Haryana and UP.”

Unlike other online grocery platforms, where customers have to pre-order items and get them delivered, VegEase gives them the option of touching, feeling, and handpicking the fruits and vegetables at the time of purchase.

Just like they’d do in a traditional mandi, but from the safety of their homes. “We’re keeping the old thela tradition, but packaging it in a new way,” Mayank says.

Further explaining the need for a service like this, he says,

“People got used to buying fruits and vegetables online in the pandemic. But, the problem with online grocery is you’re stuck with what they sell you. Sometimes the packaging is not right, sometimes the quality is poor. When a cart comes to the doorstep, you can choose from the stock and don’t have to depend on what is sent.”

Additionally, VegEase also looks to solve the problem of differential pricing across neighbourhoods and localities, and offers quality products at standardised rates.

VegEase is currently operational in Delhi and Gurugram, and will enter other cities in the north by May. The startup is also looking to notch up a pan-India presence (20 metros and Tier 1 cities) by the end of the year.

It has 100-odd operational vans (carts) and will expand that to 1,800 to 2,000 by December as it enters new cities. Each van is managed by a cart captain (VegEase’s own delivery fleet) who can be contacted by the customer through the app.

“We’re following the fleet cab model and want to have as many carts on the move as possible. A cart usually takes 10-20 minutes to arrive in any part of Delhi. The customer can see the expected time of arrival on the app,” says the founder.

The bootstrapped startup claims to have acquired a user base of over 5,000 in less than three months. It processes over 200 orders per month, with an average ticket size of Rs 400-500, and is targeting revenues of Rs 200 crore on a customer base of 1.5 lakh by March 2022.

VegEase has also set up two warehouses of 90,000 sq ft each in Delhi and Gurugram, with one more coming up soon.

The startup procures its products from FPOs as well as farmers directly from across the country. While leafy vegetables and fruits are sourced on a daily basis, less perishable items like potatoes and onion are stored in the warehouses for a longer period. VegEase also sells exotic vegetables like kale, broccoli, zucchini, and so on.

“Sourcing is our competitive advantage. What we realised is people are more concerned about quality than price since the pandemic. They are getting what they want in terms of hygienic products without any adulteration or artificial colouring, and at a fair price.”

“When customers see a cart full of fresh fruits and vegetables at their doorstep or inside their housing complex, they sometimes end up buying more,” Arpit adds.

It’s still early days for VegEase in an intensely competitive segment of retail. Online grocery is estimated to be a $18 billion market in India by 2024, according to a report by RedSeer. However, grocery has the thinnest of margins in the business.

But what works for the category are high-frequency orders and the ‘essential items’ tag, and VegEase is optimising for both.

It may not have too many parallels in the domestic market yet, but the service seems to be modelled on London-based FarmDrop and Chile-based CornerShop.

The founder reveals, “We want local grocers and mandi guys to associate with us in the future. On an average, they have a fleet of five carts, all owned by them. We will give them the fruits and vegetables and they will do the doorstep delivery.”

“The only thing we won’t outsource is the product quality,” he says.

VegEase is also stepping up hiring based on locations. At present, 75 percent of its 200-member team is on the company payroll. The startup has spent about Rs 10 crore so far and will look to raise funds only after a year and a half.

Mayank sums up by saying, “What VegEase is offering is a grocery buying system where touch and feel is the USP. That too from the comfort and safety of your house.”