Unicorns of 2021: Gupshup, ShareChat latest entrant to $1B club; total number rises to 10 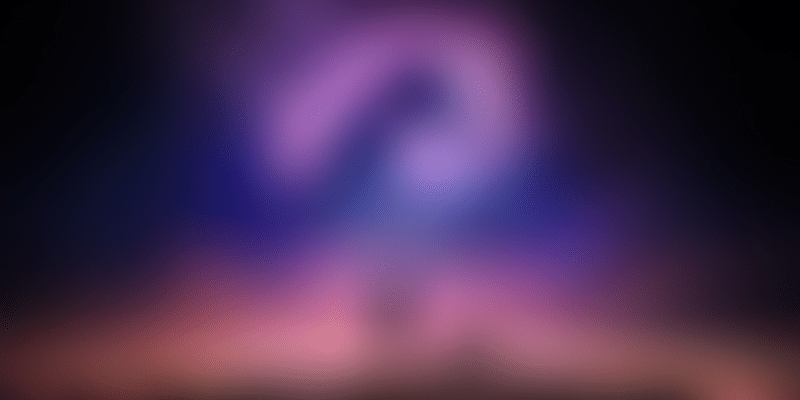 And the countdown begins… especially if you’ve heard and have been tracking the projections for the number of unicorns that will emerge from the Indian startup ecosystem.

Of these, Meesho, CRED, PharmEasy, Groww, Gupshup, and Mohalla Tech atained the unicorn status this week.

Heading into 2021, research firms and industry experts had predicted that India will see a significant increase in the number of unicorns. Currently, India has close to 40 unicorns, a NASSCOM report states that there will be 50 unicorns before 2021 ends, but the pace at which we are currently going, we may surpass that number soon.

In 2020, even with a pandemic wreaking havoc on the economy, 11 startups from India attained unicorn status while PhonePe reached a $5.5 billion valuation as an independent entity after its spin-off from Flipkart. Already, India’s unicorn club boasts startups like fintech majors Paytm and Zerodha, mobility player Ola, foodtech startups such as Zomato, and Glance, Cars24, Postman, among others.

Nevertheless, these new unicorns have boosted hopes higher for the ecosystem. Let’s have a look at the 10 unicorns of 2021.

Bengaluru-based startup Digit Insurance is the brainchild of Kamesh Goyal. The platform leverages technology to simplify the process of buying general insurance with services like smartphone-enabled self-inspection and audio claims.

Valued at $1.9 billion, Digit Insurance is the first Indian startup in 2021 to enter the much-coveted and tracked unicorn club. Although the fundraising amount was not disclosed, a few media reports suggest the funding took place in two tranches of $84 million and $18.5 million. A91 Partners, Faering Capital, and TVS Capital Funds participated in this round of funding.

Since its inception in 2016, Digit Insurance has so far raised a total of $244.5 million. It claims to be a profitable venture, having seen profits in all three-quarters of FY21. Also, it grew 31.9 percent between April and December of 2020, earning a premium of $186 million. It claims to have a customer base of 1.5 crores.

A few key milestones achieved by the company in its journey so far are:

Founded in 2014 by Sandeep Gupta, Abhinav Shashank, and Kanav Hasija, this YourStory 2015 Tech30 company is valued at $1.3 billion after its latest funding round led by Tiger Global Management.

Although the amount of funding remained undisclosed, it is estimated to be around $105 million. Prior to this, the startup had raised $70 million as part of its Series C round in February this year.

A few key milestones achieved by Innovaccer in its journey so far are:

[Funding alert] Innovaccer joins unicorn club at $1.3B valuation with latest capital round

The investment will be made through a combination of primary infusion in the company and secondary shares sold by existing investor Morgan Stanley Private Equity. The company’s other existing — Matrix Partners and TPG Capital — continue to stay invested.

The lender plans to use the capital to expand its lending business to provide much-needed financing solutions to more of India’s small businesses, which comprise a large and growing segment of the country’s economy.

Five Star Business Finance has its presence in 262 branches spread across eight states of India in the southern and central part of the country. As of December 31, 2020, the company’s AUM stood at Rs 4,030 crore, and its GNPA stood at 1.29 percent.

The social commerce platform Meesho joined the unicorn club earlier this week with its fund-raise of $300 million in a new round, led by SoftBank Vision Fund 2. The company is now valued at $2.1 billion.

The small businesses Meesho is targeting include individual businesses owned and run by women entrepreneurs and homepreneurs, who have become financially independent and successful over the years through Meesho and have carved out their own identities.

UpClose with Vidit Aatrey, Co-founder and CEO of Meesho. The Facebook backed social commerce platform is on a mission to solve a core societal problem.

Founded by Souvik Sengupta and Aaditya Sharda in 2016, Infra.Market is a procurement marketplace that leverages technology to provide an enhanced procurement experience for all players in the construction ecosystem.

The company is targeting the $140 billion construction materials market with a strong focus on the infrastructure sector.

CRED, the Bengaluru-headquartered fintech startup founded by Kunal Shah, has turned into a unicorn following the closure of its Series D funding at $215 million, with a post-money valuation of $2.2 billion.

CRED had last announced its Series C funding round of $86 million in January 2020, with a valuation of $800 million.

Now, with this latest round of funding, the fintech startup has closed to tripled its valuation. The Series D round was led by a new investor — Falcon Edge Capital — along with existing investor Coatue Management. It also said Insight Partners joins its cap table.

Unravel the dark, untold side of entrepreneurship with Kunal Shah, only at TechSparks 2020

As a digital healthcare platform PharmEasy connects over 60,000 brick and mortar pharmacies and 4,000 doctors in 16,000 zip codes across India. It digitises the entire supply chain to provide easy access for pharmacies to procure the products.

PharmEasy also provide SaaS solutions for pharmacies to use in procurement combined with delivery and logistics support, and credit solutions to buy over 200,000 medicines from over 3,000 pharmaceutical manufacturers.

The company raised $350 million in a Series E round led by Prosus Ventures and TPG growth at a reported valuation of $1.5 billion, making it the seventh startup from India to enter the unicorn club this year.

Online trading platform Groww was founded in 2017 by four former Flipkart executives — Lalit Keshre, Harsh Jain, Neeraj Singh, and Ishan Bansal. At present, Groww has over 1.5 crore users. Over 20 lakh new demat accounts were opened on its platform since June 2020.

The startup entered the unicorn club with its recent Series D round where it raised $83 million led by Tiger Global. Existing investors such as Sequoia India, YC Continuity, Ribbit Capital, and Propel Venture Partners participated in the round as well.

﻿Groww ﻿focusses on simplicity and transparency, and has been designed as an adviser or ‘buddy.’ Its platform is powered by intelligent UI and UX. The startup offers paperless investing options, letting customers buy and sell mutual funds online.

It raised $100 million in funding from Tiger Global at a valuation of $1.4 billion, and entered the growing unicorn club.

According to Gupshup, its API enables over 100,000 developers and businesses to build messaging and conversational experiences, delivering over six billion messages per month across 30-plus messaging channels.

ShareChat — the Indian language social media platform's parent company Mohalla Tech, which also houses short video app Moj — on Thursday said it raised $502 million in its latest round led by Lightspeed Ventures and Tiger Global, along with participation from Snap Inc, Twitter, and India Quotient, among others. With this round, the Indic language social media startup has now become a unicorn, valued at $2.1 billion.

ShareChat will use the fresh funds to grow its user base and build a world-class organisation. It is also looking to strengthen its creator community, AI-powered recommendation engine, and platform health.

Chargebee is now valued at $1.4 billion, which triples its valuation in less than six months.

The company recently brought out enterprise-class capabilities like usage-based billing and a dedicated data centre for Europe.

Going forward, an October 2020 report by TiE-Delhi and research firm Zinnov predicted that India will have 100 unicorns by 2025, despite the impact of COVID-19.

In 2020, a key trend showcased by Indian unicorns is the continuous fall in the average age of attaining unicorn status. Going further in 2021, Indian startups are expected to continue to demonstrate this trend.