One year of lockdown: Delhi-NCR startups ride on innovation, pivots 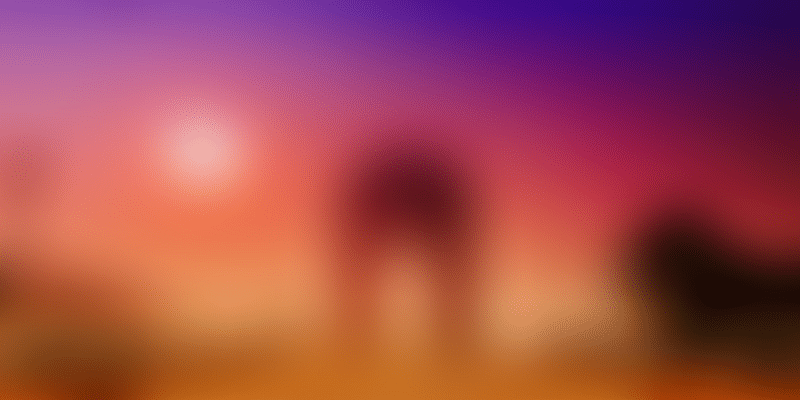 Innovation and pivots away from core businesses have helped Delhi-NCR startups and unicorns navigate the COVID-19 lockdown and emerge stronger a year later.

As India marks one year since the nationwide lockdown took effect on March 25, 2020 to curb the spread of COVID-19, a lot has changed in the way we live and how businesses operate.

Indian startups, especially, had a tough time, with 12 percent of them shutting operations and 70 percent reporting they were impacted by the coronavirus situation, according to a survey carried out jointly by Federation of Indian Chambers of Commerce & Industry and the Indian Angel Network in July 2020.

As with startups across the country, the situation was no different for at least 7,000 startups and 10 unicorns based in Delhi-NCR. However, many of them hustled through the trying time by innovating and pivoting away from core businesses. A year on, they are already resurgent or poised to do so.

A look at the performance curve and strategies adopted by some of them in the past year.

When the lockdown started, social media was flooded with people posting their food experiments, indicating they were not ordering food from outside. Restaurants and food delivery services struggled with lockdown restrictions and hygiene and safety concerns. Orders at top foodtech firms plummeted 80 percent in April due to safety concerns, the work-from-home shift, curfews, and operation stoppages, says a RedSeer report.

Survival of the fittest: India’s foodtech industry on what 2020 was like and what’s cooking for 2021

As COVID-19 cases started rising last March, Zomato said gross merchandise value (GMV) for its food delivery business nosedived 80 percent from its peak in February. However, the picture changed dramatically a few months down the line.

Just a week before the lockdown anniversary, Zomato Founder and CEO Deepinder Goyal announced on Twitter that the foodtech unicorn will soon launch its line of health and dietary supplements or “functional food”. The supplements will be sold by Zomato’s own brands and are made in India. The products will be available on Zomato’s app, he said.

Responding to Twitter users’ questions, Deepinder said the products would be delivered “in an average of 15 minutes” by delivery partners, who number 1.5 lakh. He also assured the “highest possible levels of quality checks” for the new products.

A year before COVID-19 struck, OYO was India’s second most valuable internet startup, employing close to 25,000 people across the world. However, as the pandemic battered travel and hospitality businesses globally, in India, OYO and other companies in the sector were not spared. Amid layoffs, a change in business model, and reshuffling of top management, the Ritesh Agarwal-led hospitality unicorn struggled to survive. But underlying resilience helped it stay the course.

How did OYO do it? The company focused on tech. Earlier this month, during a fireside chat at India’s biggest product and design conference, YourStory’s Future of Work 2021, Abhinav Sinha, Global COO and Chief Product Officer of OYO, said the company emerged stronger from 2020 as it had used the year to strengthen its tech and innovation.

The company recently told employees in a mail that its India business is EBITDA positive and since January 2021 its global gross profits in dollars is the same as in the pre-COVID period. It has also achieved EBITDA break-even from December 2020 and is growing month-on-month.

Outlook 2021: This year will see the resurgence of OYO, says CEO Rohit Kapoor

In that mail, Founder and Group CEO Ritesh said OYO was on a steady path of resurgence in 2021, with signs of business recovery across India, Europe, and Southeast Asia. He said this demonstrated the results of a revenue-share-only network.

“We expect gross profits to get stronger in 2021 as restrictions and lockdowns ease as well as vaccination coverage increases,” Ritesh said in the email, which has been seen by YourStory.

Until January last year, Delhi-based NanoClean specialised in preventive measures to tackle air pollution. It had launched Nasofilter, a nasal filter that costs only Rs 10, and filters priced at Rs 399 that can turn any AC into an air purifier.

When COVID-19 started spreading, NanoClean anticipated the need for face masks. As early as February last year, when there was hardly any alarm regarding the virus in India, the startup had sold more than five lakh face masks called Nasomasks during that month globally.

Co-Founder and CEO Prateek Sharma recalls that the NanoClean team initially lived out of the warehouse when the lockdown started. Teamwork and established processes in supply chain helped them tide over the situation.

The result: NanoClean has sold more than one million packs of Nasomasks in the last eight-nine months. “We generated our highest monthly revenue — more than Rs 5 crore — since inception during the pandemic,” says Prateek.

The move also brought NanoClean a government grant of Rs 1.3 crore to set up a facility that not only produces N95-grade face masks, but also specialises in the manufacture of antiviral Nasomasks that kill contagious viruses. The  facility can produce 20,000 masks a day.

“Our production facility has also been granted BIS certification, which itself is a hallmark of great quality,” says the co-founder. Most of the demand at present comes from hospital and airport staff, he says.

What NanoClean has imbibed the most in the last one year is a more driven mindset. “We now look at running a profitable business and have evolved into understanding that profits can also be our biggest investor,” says Prateek.

Nanoclean will continue to work on innovative products, he adds.

When Gurugram-based CashKaro, a cashback and discount coupon website, saw sales dwindle during the lockdown due to mobility restrictions and inability of ecommerce companies to make deliveries, it decided to expand into new digital categories. The startup started offering deals on online consumption-based options such as OTT, gaming, audio books, and e-learning.

CashKaro Founders Swati Bhargava and Rohan Bhargava had been looking to offer online content options even before COVID-19 hit. Once the pandemic started hampering revenue, they quickly built those verticals in April and May.

“The idea was to keep the business going during subsequent lockdowns and focus on online consumption-based categories, as opposed to those that were dependent on deliveries,” says Swati.

“Introducing these digital verticals was the perfect contingency plan for us to mitigate the temporary dent caused by the lockdown,” says Swati. “The new verticals not only kept us in business, but also helped us stay relevant last year.”

In the initial months of the pandemic, OTT, edtech, and gaming accounted for 30 percent of CashKaro’s total revenue.

Online education emerged as the most popular category, growing sixfold in terms of sales and recording more than 5,000 orders in less than a month. Under edtech, professional courses and test prep platforms saw the highest traction, says Swati.

OTT was second in terms of popularity, growing fourfold as people caught up with the latest shows and movies online.

The addition of these new categories also helped CashKaro grow its core business as new users, who visited the platform for its digital media deals, realised they could enhance their savings on purchases from shopping websites such as Swiggy, Myntra, Amazon, Flipkart, and Ajio.

“Overall, the new launches boosted our overall sales and 2020 has been the best year in terms of business thus far,” Swati says. Edtech, OTT, and content offerings even helped the startup penetrate into Tier II-IV cities, she adds.

With a membership base of more than six million and counting, CashKaro expects to continue building on its online media portfolio and offer wider options and higher savings to users.

IoTfy: From zero to 2X revenue

Delhi-based IoTfy was on pause for nearly two months after the lockdown started. As a startup that equips consumer durable goods with chip-to-cloud Internet of Things (IoT) devices, its business was hit by production cuts and supply chain disruptions in the home appliances and lighting sector, Co-founder and CEO Arpit Chhabra told YourStory in March last year. This in turn hurt the startup’s planning for the quarter.

Being bootstrapped, IoTfy did not have significant cash reserves too.

One year since lockdown: 75 quotes from India’s COVID-19 struggle

Arpit said he and the other founders were worried how they would survive after May-June. But the startup used the time to innovate and pivot.

In August, IoTfy launched the UVC LED-enabled GoCo bag designed to disinfect articles inside it. The bag is operated with a button on the bag or remotely with an Android app.

Arpit says the GoCo bag was IoTfy’s survival strategy as it recorded no revenue from March to October.

Cut to the present, IoTfy’s revenue for FY21 has doubled from that of the last fiscal. This is because consumer electronics businesses picked up during Diwali and as people spent more time at home and working from home, demand for IoTfy’s IoT-enabled products also grew.