[Product Roadmap] How Matrimony.com has become the go-to platform for Indian matchmaking 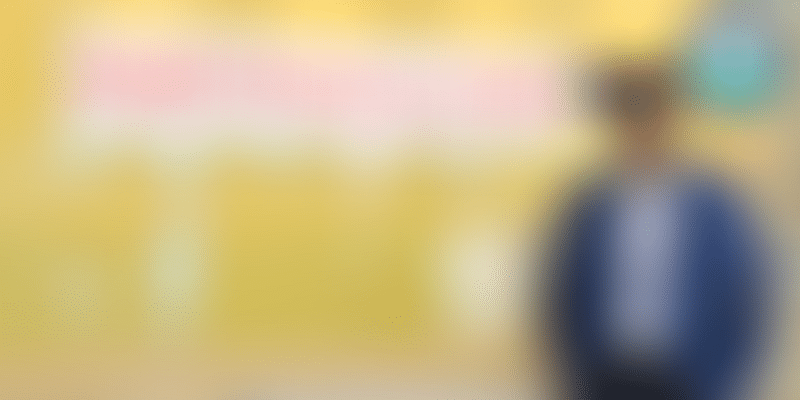 A product roadmap clarifies the why, what, and how behind what a tech startup is building. This week, we feature Matrimony.com that has over five million active users.

In the late 90s, Murugavel Janakiraman saw the world changing around him. People were moving from their hometowns to metros for better career opportunities, and the internet penetration was rising.

He realised the traditional process of matchmaking through family, relatives, friends, and in many cases, religious priests, didn’t gel well with the younger generation. Hence, in 2000, Murugavel decided to leverage this socio-economic change and set up the Matrimony.com portal.

However, the story of Matrimony began in 1997 in the US when the founder started a matrimony website for the Tamil community called sysindia.com. The site included features like the Tamil daily calendar, festival reminders, tips, and matrimonial services, which gained traction quickly and later became TamilMatrimony.

“We kept refining our matchmaking engine based on the feedback received from members,” says Chandrasekhar R, CTOIO of Matrimony.com.

The Matrimony platform was developed based on the unique insights gained on Indian matchmaking, including the individual’s and their family background and preference. Once the requirements were met, the family and the potential partners initiated talks.

At present, Matrimony.com platform has about five million active users.

“We differentiate ourselves from other players in India by following a micro-market strategy, where we offer a range of targeted and customised products and services that are tailored to meet the requirements of customers based on their linguistic, religious, and community preferences, and personalised matchmaking services through EliteMatrimony and our Assisted Service,” says the CTOIO.

Transforming with each decade

Matrimony.com has undergone a lot of changes in the last two decades. Its product team interacts regularly with the users and goes through all the customer feedback to make the necessary improvements.

For instance, initially, while analysing data on the website, the product team realised that most people were looking for matches in their community. Thus, in 2008, it launched community-based matrimony sites for over 300 communities, speaking multiple languages.

“By having community websites, we allowed people to choose the community they belonged to, instead of relying on the filters,” says Chandrasekhar.

One of its subsidiary BharatMatrimony started offering matchmaking services for 15 communities based on languages, including Hindi, Tamil, Telugu, Malayalam, Kannada, Marathi, and Bengali, among others.

The same year, it also launched an Assisted Service — a personalised matchmaking service from BharatMatrimony — targeted at professionals who find it difficult to search for a suitable partner due to time restraints. It also helps those users who prefer to hire a matchmaker to find them suitable matches. It also launched EliteMatrimony to offer confidential and personalised matchmaking services for the upper crest, including businessmen, HNIs, and celebrities.

In the early days, when the traffic was increasing, it migrated to a PHP/MySQL-based platform from PERL. Later, it used the SPHINX search engine to improve its performance.

“We were the first one to launch the site 100 percent mobile-verified profiles. Initially, we developed the APIs required to develop the mobile application. Ten years after the inception, we were working on the micro-services architecture to make the decoupled architecture so we could implement the distributed architecture,” he adds.

In 2010, its WAP site went online. While the company was developing its mobile applications, the team had the challenge to overcome a tightly coupled tech architecture of its website. And, in 2011, it launched its mobile apps across Android and iOS platforms.

Customer feedback has helped Matrimony.com constantly evolve over all these years. To provide its users with a secure and safe matchmaking process, the company built BharatMatrimony Prime — a premium membership service — that offers 100 percent ID-verified profiles.

It also built a 'Who Can See Me’ feature, which gives members the complete control on who can see their profile and contact them. In fact, it also created a ‘SecureConnect’ feature, which helps members receive calls from prospects without revealing their mobile number.

During the lockdown, Matrimony.com’s product team also launched a video chat service for users to connect over video calls.

Matrimony.com’s product team believes in working with an internal team.

“We are always on the lookout for emerging technology trends that can help enhance our customer experience. We acquire the skills by either training our resources or by hiring the resources with required skillsets. We also hire freshers and train them in the latest technology stack,” says Chandrasekhar.

While Matrimony.com traces its origins back to over two decades, at present, despite its popularity, it faces competition from other matchmaking platforms like BetterHalf.ai and dating apps like Aisle, Truly Madly Deeply, and Bumble, among others.

The BSE-listed company had reported Rs 348.4 crore in revenue in July 2019 but registered a slower growth at 3.9 percent owing to competition.

According to the fillings, the company said, “We addressed many of these challenges by stepping up marketing efforts and customer-centricity initiatives. Marketing expenses in FY19 was Rs 81 crore, an increase of 45 percent. Excluding marketing expenses, our operating margins stood stable in FY19 as compared to FY18. With these initiatives, we ended the last quarter of FY19 on a strong note with billing growth of 10.9 percent quarter-on-quarter. This also sets the tone for a stronger FY20, along with increased traction in marriage services.”

Moving forward, Chandrasekhar says the company is looking to leverage AI/ML to enhance its user experience.

He says, “Instead of merely looking at the structured data like education, religion, location, age, etc., unstructured data like the profile description, the kind of profiles viewed by the customer, the kind of photos viewed, the list of profiles to which customer had sent the communication, etc., can be leveraged to enhance the matches shown to the user. AI would also help us to identify fake and fraudulent profiles. We have also rolled out chatbot in all our platforms, and would like to leverage it to offer a better customer experience.”