From Ola, Zomato to Nykaa, Flipkart, LIC, here are some of the biggest IPOs expected in 2021 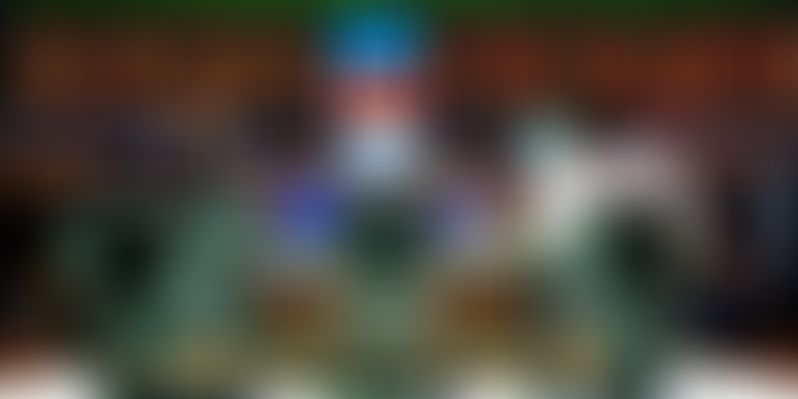 2021 is expected to be a blockbuster year for IPOs as investor money pours back in and the Indian economy regains its footing. Some landmark unicorns could go public this year, along with LIC, which may well be the largest Indian IPO on record.

In 2020, the Indian market saw several companies go public and this trend is expected to continue in 2021, encouraged largely by money coming back to the table.

An imminent economic recovery on the cards, an increase in global risk appetite, and the ongoing positive stock market sentiment all point towards a pick up in investment activity, signals that IPO-hopefuls typically look for.

Waiting in the wings to go public this year are several well-known SMEs and MSMEs such as Kalyan Jewellers, Barbecue Nation, PNB Metlife Insurance, JSW Cements, and Indian Railways’ finance arm, among others.

Industry-defining startups such as Flipkart, Delhivery, Policybazaar, Nykaa, and Grofers are expected to seek stock market listings too.

Earlier this week, even InMobi Founder and CEO Naveen Tewari told YourStory that the startup is “certainly excited” about the possibility of an IPO (initial public offering) and is “evaluating it very, very strongly”.

The first company in India to achieve the unicorn status in, InMobi is likely to issue guidance on its IPO in a few quarters, Naveen said, although he did not state a definitive timeline for the listing.

Here’s a look at some prominent IPOs on the cards for 2021:

Among the most awaited IPOs this year is the 10 percent stake sale of LIC on the capital markets, touted to be the biggest in the history of India. The government has said it plans to raise nearly Rs 1 lakh crore through the IPO.

The IPO was expected in the second half last year, but had to be postponed due to the pandemic. According to various media sources, the IPO is now expected in the first half of 2021.

LIC counts over 12 lakh agents among its staff across 2,048 branches and 113 divisional offices. It also has a substantial presence in over 14 countries, including Bangladesh, Fiji, Kuwait, and Qatar.

Softbank-backed Grofers is expected to go public soon. The startup, which had earlier said it would go public in 2022, revised its plans and set 2020 as its target, which was postponed due to the pandemic.

The company saw its topline skyrocket during the COVID-19 lockdown months as the number of orders on the platform increased.

CEO and co-founder Albinder Dhindsa told PTI he expects the company to hit the capital market by the end of 2021.

The Ant Financial and Tiger Global-backed startup, which saw its revenue nearly double in FY20, is one of the most awaited IPOs this year. It is expected some time at the beginning of the first half of 2021, reported Financial Express.

The food delivery startup recently raised $660 million in a round that saw participation from nearly 10 new investors, as well as Tiger Global and other existing investors, at a valuation of $3.9 billion.

Zomato has also been shuffling its leadership to prepare for the IPO. In October last year, it elevated Akshant Goyal, Head of Corporate Development, to the CFO position.

The online cosmetics retailer is planning its IPO at a $3 billion valuation, Bloomberg reported, citing people familiar with the matter, although the timeline is subject to change.

In 2018, Founder and CEO Falguni Nayar had told PTI that the startup would list in the next two years. Nykaa is considering a domestic listing, as well as evaluating an overseas stake sale, the Bloomberg report added.

Walmart-owned ecommerce giant Flipkart is possibly looking at an overseas listing — either in Singapore or the US, according to news reports that came after Walmart CEO Doug McMillion recently reiterated the company’s plans to see Flipkart go for an overseas sale.

Flipkart seems to be rejigging its board in preparation for the IPO. It recently appointed CEO Kalyan Krishnamurthy to the board, along with three others. It also hived off its high-growth payments unit PhonePe into a separate entity and gave it the rights to appoint its own board of directors.

Reports suggest that Walmart has hired Goldman Sachs to underwrite this IPO.

At YourStory's annual flagship event, TechSparks 2019, Ola Co-founder and CEO Bhavish Aggarwal confirmed that the ride-sharing unicorn is eyeing an IPO in the next two years — and 2021 could be it.

At the time, Bhavish told YourStory that he was "absolutely focussed" on taking the company public, and that he would do it in India.

The Softbank-backed startup is likely to begin the IPO process by the end of March, media reports suggest.