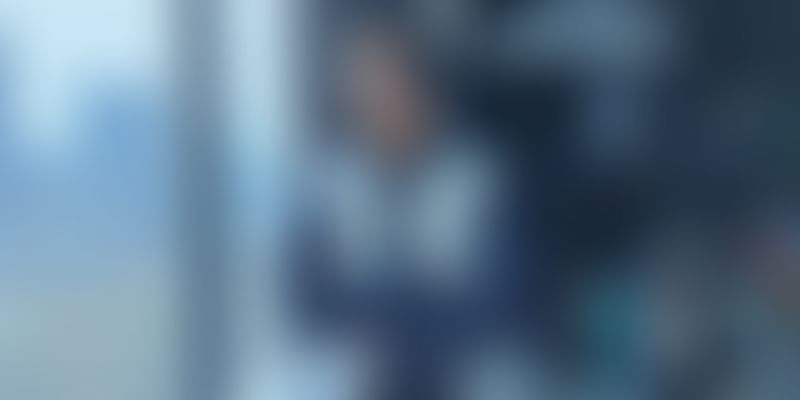 IBM has made significant strides in using blockchain to enable access to finance and enable financial inclusion in Thailand. To understand the immense potential of blockchain technology in the finance industry, YourStory spoke to Sanat Bhat, who’s leading IBM’s blockchain division in Thailand.

Buoyed by claims of increased transparency and transactional security, the buzz around blockchain technology peaked in the latter half of the last decade. With its core structure being a tamper-evident distributed ledger, blockchain technology allows for decentralisation of value transactions. These factors make it not just accessible, but also secure, transparent, tamper-proof yet still traceable. Its potential to be used in sectors like banking, healthcare, pharmaceuticals, supply chain management, education, digital identity and logistics has only strengthened its case.

Estimates suggest that the revenue from global blockchain technology will see exponential growth in the future. In fact, the global market for blockchain is expected to cross over $39 billion by 2025. These estimates also show that the financial sector has seen the largest adoption of blockchain technology among all other sectors, with over 60 percent of the technology’s market value concentrated in this field.

Here are some edited excerpts from the interview:

YourStory (YS): You have been extensively working on the lack of financial inclusion in Thailand since the past one year. What challenges did you face?

Sanat Bhat (SB): In 2019, the underbanked and unbanked people in Thailand represented 45 percent and 18 percent of the country’s population respectively. The numbers (of unbanked people) are said to be as high as 20 million. I believe this is the very reason why 7 million Thais do not have proper access to basic human services.

The problem is not just restricted to Thailand. Around 2 billion people in the world do not have access to basic financial services, and 2X of this number are unbanked.

The lack of credible information about the poor is the root of this problem in Thailand. The information was maintained in an unstructured and disordered manner between the pillars of the Thai financial ecosystem Banks, insurance corporations and the revenue department.

The growing need for digitisation amongst corporate entities, citizens and the government are supported by the need to have secure and easily accessible credit records. Blockchain technology could bridge this gap.

YS: What are some of the features that make blockchain technology an ideal tool for building a repository of secure and easily accessible credit records?

SB: As a technology professional, I have been advocating for the application of blockchain tech to help bring about inclusion and equality among the poor in different areas since the past five years. My experience taught me that the most essential feature in blockchain is “collaboration”. As a technology, blockchain facilitates an evolution of business models and pushes enterprises to find sustainable ways of doing business in future. It is this feature that makes it ideal to drive financial inclusion.

YS: Could you tell us how IBM contributed to building Thailand’s financial inclusion ecosystem, and how blockchain technology played a role in this system?

SB: The idea is simple: Global standards of transparency and reciprocity that pave way for great trade treaties and bring about the free flow of capital, labor and goods between nations, can and must also be applied to today’s data economy.

IBM Blockchain has applied this concept in Thailand for key use cases. There are four specific areas that have been part of Thailand’s financial inclusion drive:

Thailand’s ministry of finance wanted to provide financial security to low-income groups in the economy by way of an investment or social security. The ministry issued savings bonds with an unprecedented face value of just one baht each and sold them to the public between June 24, 2020 and Aug 14, 2020. DLT Scripless Bond Project used IBM Blockchain Platform to develop a secure and efficient government bond infrastructure. A collaborative effort among eight institutions, the project helped investors of the bond from receiving them faster. The institutions also capped the number of bonds an individual could purchase from a single bank. The project also helped service providers to reduce operational complexity and lower the overall cost of bond issuance.

More than 500,000 letters of guarantee are issued every year in Thailand that are worth more than 1.3 trillion baht ($43.2 billion). A guarantee provides assurance to the seller that they will get paid, even if the buyer defaults. A blockchain community initiative was set up with the initial capital from six Thai banks to build an e-letter of guarantee (eLG) platform using IBM’s Blockchain Platform. The initiative aimed to prevent frauds, speed up the process of issuing the letters of guarantee, and to reduce costs. Paper documents are forgeable, but by storing a guarantee on a blockchain the recipient could verify if a bank issued it. The platform reduced the time for negotiating and issuing a guarantee from nine days to one. In terms of transaction costs, some companies claimed a 200 percent cost reduction. Since its launch in late 2019, the eLG platform has processed around $300 million in guarantees.

The digital supply chain finance platform provides, simple access to banking and invoice finance on blockchain technology to Thong Fah Pracharats or as low-income stores are referred to in Thailand.

Thai Reinsurance launched ASEAN’s first reinsurance smart contract platform that leverages IBM’s blockchain and cloud technology. The platform increases the efficiency and speed of processing more than 10,000 contracts that Thai Reinsurance handles with insurance partners annually, while also reducing the risk of forgery through a traceable and highly secured form of documentation. Other benefits of automation included a decrease in potential data inaccuracies from manual multi-party reconciliation reinsurance contracts.

YS: What are some of the blockchain initiatives in Thailand that you are looking to work with in the future?

SB: While Thailand is focusing on its mission of Digital Transformation 4.0, I am very keen on the use case of “Decentralised Digital ID”. Even today, for Know your customer (KYC) or Know Your Supplier (KYS) formalities in banks we use a wet ink signature and a paper-based ID. While at the retail side this takes two weeks, corporates may have to put up with a delay of more than four weeks.

In my view, the core of this problem is the market practice of banks. Banks are more comfortable with these getting details on paper because they can be presented in the court of law in case of a legal tangle.

The Bank of Thailand, Thailand’s Payment Exchange ITMX, and bodies like Electronic Transaction Development Agency have been trying to solve this problem by bringing in a trusted decentralized infrastructure for Digital ID and Key Management system that makes KYC simple and reduces its time to 1 day.

YS: Based on your experience of working with the government of Thailand, what are some of the policy initiatives you would suggest that can be adopted in India to increase financial inclusion?

For example: We have a strong digital payments system in India, including the Unified Payments Interface, but they are not synced for the trade authentication.

We have Non-Banking Finance Companies who are champions of domestic supply chain finance. They have sophisticated supply chain finance systems, but they are not digitally synced with authentication of trade documents which requires the due diligence of the paperwork.

We have institutions like NISG and MEITY doing research on potential of Blockchain technology in financial inclusion, but we require in India a single entity like the Thailand’s Blockchain Community Initiative, which can execute these plans and break the silos.

A smart financial infrastructure on blockchain technology that creates a single connected system for identity, trade registry, payments and finance will achieve the following for the Indian economy:

I think a policy in line with the above-mentioned objectives, steered by the finance ministry and the RBI can ensure large-scale financial inclusion for 190 million unbanked and poor citizens of India.