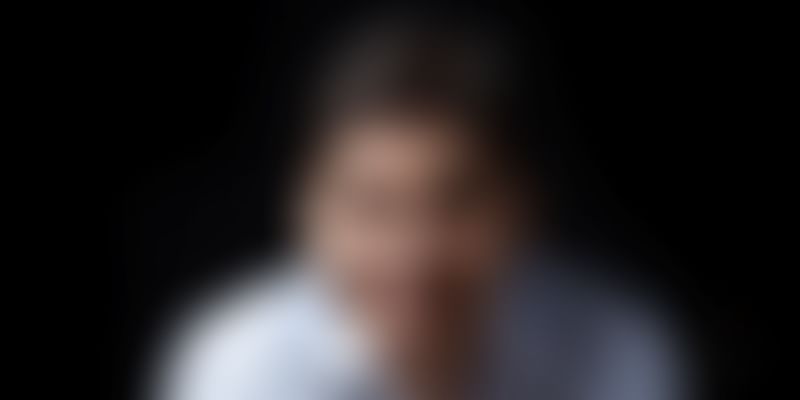 After having established India’s first unicorn InMobi, Kanpur boy and startup veteran Naveen Tewari has done it again with his group’s subsidiary, Glance.

The year 2020 was difficult for most organisations, as many struggled to stay afloat. But not for Bengaluru-based advertising technology unicorn, InMobi. “2020 was the best year in our history,” says InMobi Founder and CEO Naveen Tewari. Born and brought up in Kanpur, Uttar Pradesh, in a family of academics (grandmother and father former professors at IIT-Kanpur, aunt who earned a doctorate from there), Naveen graduated high school from Kendriya Vidyalaya and then attended the prestigious IIT-Kanpur (Mechanical Engineering, Class of 2000). Post a three-year stint at consultancy major McKinsey, Naveen got an MBA from the hallowed Harvard Business School (Class of 2005). For a couple of years he experimented with various things, including the world of venture capital and startups, but with not much success.

In 2008, he launched InMobi. Within three years, the adtech startup became India’s first unicorn (startups valued at $1 billion). Nine years later, he has managed to repeat the feat with Glance, a subsidiary of InMobi.

The two-year-old mobile content startup from the InMobi Group that uses artificial intelligence (AI) to deliver a personalised feed of entertainment, sports, fashion, news and games, among other content categories on the lock screen of more than 100 million smartphones, raised a fresh round of $145 million just a couple of days before Christmas 2020. The new funding from search giant Google and existing investor Mithril Partners booked a spot for Glance in the elite unicorn club. It plans to use this money to deepen its AI capability across Glance and Roposo (a Gurugram-based short-video platform it acquired in late 2019), expand its technology team, launch services, strengthen the brand and expand in global markets. Naveen tells YourStory Founder and CEO Shradha Sharma that every employee across the InMobi group has an AI-first approach, something it is looking to double down on. “If you’re not an AI-first thinker, you will be obsolete in less than five years,” he says.

Quit his job to start up with just 3 people, built a billion-dollar business

Rome wasn’t built in a day

Just as the adage, ‘Rome wasn’t built in a day’ goes, there is a lot that went behind building Glance.

For over two years, Naveen and team worked on the product as a project even before Glance became a unit within InMobi.

Naveen elaborates, “Two plus years was just spent on getting the product right. And we kept on doing that, and the team was less than 10 people, maybe five to seven people. And then at some point of time we said, ‘okay this is some unit’, so we increased it to more than 20-25 people.

“It was only 18 months ago we said okay this thing makes it look okay for us to scale. Now, it will be a large one, we can pull it out. So we were not in a hurry.”

In under two years of its launch, Glance has around 115 million daily active users (DAUs) who spend an average of 25 minutes daily on the app. Currently, the app operates only in the Android ecosystem and has partnerships with leading smartphone makers such as Xiaomi, Samsung, Oppo and Vivo to have the app pre-installed on their devices.

Naveen believes, “You’ve got to solve for the end consumer and you have got to have those metrics that you really have to constantly work on. And if you try and scale too early, just by throwing money at people, throwing money at consumer acquisition, it is not going to work because the consumers are not really there to say ‘oh somebody paid money to get me, I must stay at it’. There is no reason for them to do that and so they go away.”

In B2C (business-to-consumer) and B2B (business-to-business) alike, it’s critical to first get the product right before thinking of scale, he stresses. To corroborate this, he says, “Six months ago we could have spent a few millions of dollars and gotten a lot more scale on Roposo, we didn't, everybody else in the market was spending money on short video, (but) we didn't.

With over 100 million downloads on Google Play Store, Roposo has 33 million monthly active users who spend an average of 20 minutes daily on the platform.

From sleeping on a park bench to becoming CEO, one man’s incredible journey

Naveen believes there are two kinds of companies in the world; the first kind that can “see things that others can’t see” and the other kind that chases things that are visible and compete on ‘execution muscle’.

“We like to believe that we are able to see some things, and by the way when you try to see some things in the future, you also go wrong. So it's not always that you get it right, we've had our share of things that went wrong for us. So, in that I think all the questions that were asked at the time we launched Glance were all valid, there's no disagreement on those questions, I think we just knew the answers,” he says.

The best innovations are open secrets that are lying in plain sight, says the 43-year-old entrepreneur. Some have the ability to spot them and build on top of them, whereas others simply miss them.

He cites the example of messaging major, Whatsapp: “There is no reason for WhatsApp to have existed had there been great innovation being done in the SMS (short messaging service) platform. So on day one if somebody were to stand up and say ‘hey, do you think WhatsApp equivalent service would scale?’ You would scratch your head and say ‘why should it because there is SMS’. But there were certain visionaries who believed in that theory and story and went about it. And today, voila, that's the only platform that you use.”

As far as taking the group’s core adtech business public is concerned, InMobi is “certainly excited” about the possibility of an IPO (initial public offering) and is “evaluating it very, very strongly.”