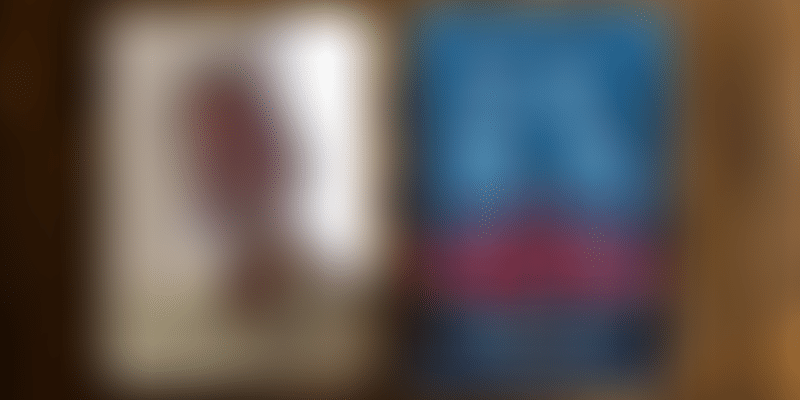 This book about the rise of Hero Cycles is shortlisted for the Gaja Capital Business Book Prize. Here are the author’s insights on storytelling.

The business saga of the ‘band of brothers’ who withstood challenges right from the turbulence of Partition is well captured in the book, The Making of Hero: Four Brothers, Two Wheels and a Revolution that Shaped India. It documents the journey of the Hero Group, written by Chairman Sunil Kant Munjal.

The 12 chapters span 220 pages and are a compelling blend of storytelling, family saga, and business history. There are also 20 pages of photographs, reflecting key personalities and milestones (see my book review here).

Starting off as traders in bicycle parts, the business family went on to become national leaders in manufacturing of bicycles, and later expanded into components and motorcycles. In 1986, within 30 years after its inception, Hero Cycles became the largest bicycle maker in the world.

In the next 15 years, the motorcycle venture Hero Honda also became the largest manufacturer of motorcycles in the world. The decades-long story is a salute to the spirit of indigenisation along with global outlook, frugality, competitive spirit and collaborative ecosystems.

Sunil Kant Munjal is the Chairman of Hero Enterprise, and the youngest son of Brijmohan Lall Munjal, Founder of the Hero Group. He is also the Co-founder of BML Munjal University, as well as sits on the boards of IIM Ahmedabad, International School of Business, University of Tokyo, Escorts, Indian Angels Network Fund, and LIC.

Sunil’s other book is All the World is a Stage; he is also Founder of the Serendipity Arts Foundation. The foundation launched the annual Serendipity Arts Festival in Goa in 2016 (see YourStory’s six-part coverage of the 2019 edition here).

The Making of Hero has been shortlisted for the annual Gaja Capital Business Book Prize, which honours authors who chronicle the spirit of entrepreneurship in India. With a prize money of Rs 15 lakh, the award is regarded as the biggest business book award in India (see my awards writeup here).

See also YourStory’s Book Review section with insights from over 280 titles, and our pick of Top 20 Author Interviews of 2020.

Sunil Kant Munjal joins us in this interview on the journey of authoring a book, business storytelling, and the role of leadership.

YourStory [YS]: What was the most fulfilling part of writing your book?

Sunil Munjal [SM]: I really enjoyed talking to many people from different eras and of all ages, gathering facts, incidents, and anecdotes. I discovered many facets of my elders: I got to know about the people who impacted them and whom they impacted in turn. I learnt much more about the era in which they lived, worked, struggled, and succeeded.

There is a saying that life can only be lived forward but only understood backwards. Immersing myself in my family’s roots, and those of Independent India during the research was the most fulfilling part of writing this book.

YS: And, what was the challenging part?

SM: My father and uncles were born in undivided India, and the first Hero Enterprise itself came up more than six decades ago. So, validating and authenticating the many facts and events of that era was a huge challenge.

Also, visualising a picture of India just before and after Independence was tricky and occasionally confusing. With time, members of the elder generation had passed on, and memories of those who remained had faded.

This posed an issue initially, but I managed to sort it out by having as many conversations as I could, to allow a credible narrative to be stitched together.

YS: What makes a good business story different from a case study or chronology? How did you manage to weave different themes even though your book is not in strict chronological order?

SM: A case study involves a deep dive into facts to gain insight, understanding, and learning. A business story is a narrative with a strong human element, has plenty of anecdotes, and showcases journey milestones.

A case study aims to inform while a business story seeks to provide an experience. Both case studies and business stories depend on facts to arrive at insights, but in case studies, learnings are drilled down, while in the latter, they are imbibed and experienced.

I deliberately used a mix of chronological chapters, interspersing them with chapters on values, beliefs, and best practices. Our family has been following them for decades, and they have become second nature to the organisations founded by us. I decided to amplify some of these.

The chapters on spiritual roots, family life, and the ‘Making of Brand Hero,’ cut across the chronological sequence to give readers a better idea of what we stand for as a family, as well as an organisation.

YS: Were you able to say everything you wanted in the book? What would you add now if you could?

SM: Unfortunately, no. There were strict time and space constraints imposed by my publishers who had their reasons. There were hundreds of incidents that I could have added that would have made the book even more fascinating, and weightier!

I would have liked to have added more incidents on how Hero Cycles grew in size, about the struggles in the restrictive 1950s, 1960s, 1970s; on adventures with dealers and vendors, and provide more insights into what went on behind the scenes as our cycles and motorcycle businesses transitioned.

YS: What is your next book going to be about?

SM: I have not yet put my mind to it! Maybe in a couple of years, I will give it some thought, time permitting.

YS: What are your favourite books about Indian business?

SM: I have enjoyed the book on the Tatas, The Life and Times of GD Birla, Connecting the Dots, The Tech Whisperer, and Business Maharajas.

YS: What are the elements of a good business story?

SM: A good business story must have a strong human element. Places and people must be well drawn out so that readers can relate to them.

The book must be rich in anecdotes, incidents, and interesting conversations. Finally, the reader should be free to come to his or her own conclusions.

YS: What makes a business book different from a series of long articles about the subject?

SM: Most long articles inform and educate, but they have a relatively lower experiential quotient. A book helps an author paint a much more accurate and realistic picture of his or her characters; there is much greater scope to create atmosphere and build credibility. In this way, the reader starts empathising and becomes part of the journey. Packing all this within the confines of an article is challenging.

SM: To answer the first part of the question: leaders are expected to become messengers of hope in these difficult times through their words, demeanour, and sense of purpose. What they say, when they say it, and how they say it — gets amplified. When spoken words are stored for posterity in the form of a book, they carry even more weight.

To answer the second part: when a leader develops expertise and opinions and can express these thoughts in a way that strikes a chord and resonates with others, s/he becomes an influencer. If authors are somehow able to transform minds, change perspectives, and clarify opinions, they become thought leaders.

India has capability and competence to put together smart and intelligent products: Ujjwal Munjal of Hero Electronix

YS: If your book was to be used in a business course, what advice would you give the teacher on how to leverage the material?

SM: I would advise the teacher to read the book objectively without any preconceived notions, imbibe, and then transfer the different lessons to students. I have said this in my author’s note as well — The Making of Hero could be interpreted as a business book, a history book, or a family saga.

However, if a business school teacher is still looking for specific takeaways, it might be useful to read the chapter on the Munjal School of Management; it contains many of the best practices that have worked well for us over the decades.

YS: When you write a book about your own company, what are the challenges with convincing readers that it is not a one-sided narrative? How do you share internal mistakes and vulnerabilities?

SM: I was writing about towering personalities and a successful organisation – both have been an integral part of my life and upbringing. Hence, being objective was certainly a challenge. The trouble was, very few people spoke ill of my father and uncles; they were such self-effacing and humble people.

I have tried to overcome this by getting independent views from several people who encountered the organisation, as well as employees who worked for decades with us. S K Rai, who joined us in the early 1980s and remains today as the Managing Director of Hero Cycles, has been of huge help. These independent views were critical in helping shape the narrative of the book.

As to the second part of the question, my father and uncles were not infallible, but they were always quick to introspect and learn from their mistakes and errors in judgment. The brothers were remarkably close and constantly gave each other feedback, both good and bad. They occasionally disagreed, but once a decision was taken, it became cast in stone.

YS: What are your thoughts on using figures/charts/tables in business books? Why did you choose not to, though you have photos?

SM: Figures, charts, and tables are all available on Google! The numbers part of the Hero story is available on the public domain; it made little sense to reproduce the same thing.

What I did instead, was to select pictures from the family archives to buttress the story (there were thousands, and it wasn’t easy). If you notice, each picture comes with a caption, which itself tells a little story and sets the context.

Photos, I believe, are worth a thousand words. Think about the impact that Life Magazine, National Geographic, and even Amar Chitra Katha have had on us during the earlier decades!

YS: What are your words of advice for the aspiring entrepreneurs in our audience?

SM: I would pick only one underlying philosophy: what you are and who you want to be, will depend on what you do.

Entrepreneurs must invest in talent and in like-minded people who share their vision. They must be willing to unlearn, relearn, and be open-minded about the future.

Before that, they must be true to themselves, and those whom they are responsible for. They must never get used to success since nothing ever grows in the comfort zone.

YS: What would winning the book prize and award mean to you?

SM: Should an award come my way, I would humbly accept it on behalf of all those people who made Hero what it is today. It would be their award!

Have a business idea? Kuberan’s House can change your life with funding up to Rs 10 crore