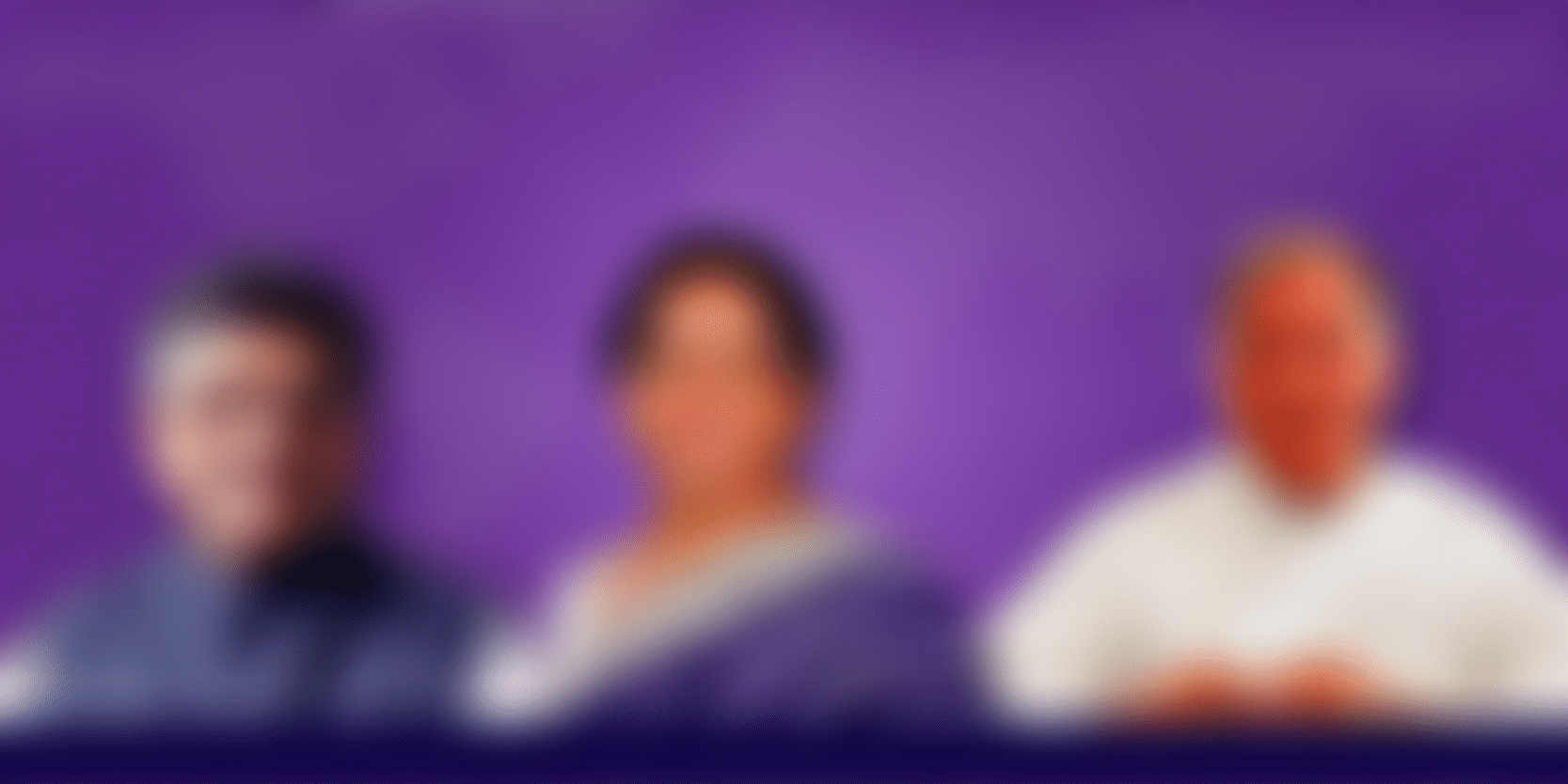 As 2020 draws to a close, here’s a look at some of the top YourStory exclusive stories that our readers loved this year.

Defined by the coronavirus pandemic that hit the world in the beginning of the year, 2020 was the most unprecedented year people have ever seen. The pandemic led to job losses and the lockdowns confined people to their homes; together, we learnt to accept the new normal.

While the pandemic came as a shock and devastated most industries and the economy, the startup ecosystem was no exception. However, this did not dampen the spirit of startups and entrepreneurs, as they went on to achieve many milestones in 2020.

YourStory also went virtual this year and came out with some exclusive stories by speaking to entrepreneurs, policymakers, investors, and business leaders.

Even as Union Minister Ravi Shankar Prasad went live with tech entrepreneurs at YourStory's Digital India Townhall to commemorate five years of Digital India, Finance Minister Nirmala Sitharaman spoke exclusively to YourStory about the steps taken by the government to revive and promote MSMEs and startups.

Tata Trusts Chairman Ratan Tata, who called the pandemic one of ‘the worst crisis’ the human race had faced, said such challenges also presented an opportunity to solve a new set of problems. He said one should not lose hope and be desolate, but unite with those finding solutions to end this crisis.

“Some of the world’s best innovations tend to emerge when we’re in crisis,” he said.

Here’s our list of the top seven YS exclusive stories of 2020, listed in no particular order of importance.

During the session, the minister emphasised the importance of digital inclusion and how it was central to the government’s Digital India programme.

The minister also sent out a message to Indian startups to power the country’s digital economy by building innovative and inclusive solutions in areas such as healthtech, edtech, agritech, and mobile apps.

“The sky is the limit for Indian startups. Have dreams. Have ambition. Failure is a stepping stone. Do not give up. We are a supportive government,” the minister said at the event to mark five years of the launch of the government’s Digital India drive.

During the event, the Law Minister also spoke about Prime Minister Narendra Modi’s vision of Aatmanirbhar Bharat and said,

According to him, a resurgent India was possible only when India made the most of its talent and creativity.

During the townhall, he also urged entrepreneurs to invoke artificial intelligence (AI) and blockchain technologies to help reform sectors like healthcare and agriculture.

As the coronavirus pandemic adversely impacted the Indian economy, the Centre announced a slew of measures, including favourable policies for MSMEs, food security, extra funds for healthcare, incentives, and tax deadline extensions, among others, to revive the economy.

On the occasion of the first anniversary of the Modi government’s second term in office, Finance Minister Nirmala Sitharaman, in an exclusive interaction with YourStory, spoke about the measures taken by the government to revive and promote MSMEs and startups.

At YourStory’s flagship event TechSparks 2020, Sitharaman also lauded the resilience of Indian businesses during the pandemic, and urged stakeholders to engage with the government and talk about what the government needed to do to further stimulate the economy.

The COVID-19 pandemic has been one of the toughest challenges the human race has faced in recent history.

Ratan Tata, the Chairman of Tata Trusts, while speaking at the YourStory Leadership Talk, a virtual event that saw a record 40,000 people tune in live to listen to him, spoke about the impact of the pandemic and the role of startups in finding solutions to end the crisis.

Ratan Tata also spoke about what the lockdown was like for him, and said the thing he missed most during the COVID-19 lockdown was interacting with people.

“In my business life, travel and interactions have made my business life interesting…It's not been yachts, manors, and huge estates; it’s been a wonderful experience of interacting with people that stand for the same ideas as you do…that’s something I've come to miss,” he said, in an exclusive conversation with YourStory Founder and CEO Shradha Sharma.

Calling the coronavirus pandemic one of "the worst crisis" the human race has faced, he said, “We must fight this with a spirit of solidarity, resolve, empathy, and understanding. We must unite to win the battle against COVID-19.”

He said such challenges also presented an opportunity to solve a new set of problems. Both in India and across the world, it’s not just the startups but also the startup mindset that is being adopted to deal with the pandemic.

“The bottom line is that we should not lose hope and be desolate, but unite with those finding solutions to end this crisis. Some of the world’s best innovations tend to emerge when we're in crisis,” he said.

In the hour-long live interaction, he also spoke on a wide range of topics, including business ethics, creating stakeholder value versus just shareholder value, and startups, while citing his own experience in turning around businesses and innovating in times of crisis.

The COVID-19 pandemic turned the startup ecosystem upside. However, a few startups went against the tide and witnessed growth during the pandemic.

Fintech startup Zerodha entered the unicorn club in June this year with a valuation of about $1 billion. The bootstrapped startup also carried out an ESOP buyback plan to reward its team and put liquidity into their hands amidst the crisis.

The decade-old startup recorded rapid growth amidst the COVID-19 pandemic, doubling its average monthly user additions from pre-COVID-19 levels to around 200,000 users per month since March 2020.

Speaking about the rationale for the ESOP buyback plan, Nithin Kamath, Co-founder, Zerodha, told YourStory that the move was aimed at rewarding long-term employees and allaying liquidity concerns of the team amidst the COVID-19 crisis.

“We’ve seen that people are generally worried during this crisis, so we wanted to give liquidity to those who’ve been with us for a while. Also, I think that businesses that are doing well should do whatever they can to put liquidity back into the economy. More money now in the hands of our employees means more money being spent somewhere in the economy. So, I think that is the right way to revive the economy,” he said.

Whiteboard Capital’s ‘Made in India’ drive

As Prime Minister Narendra Modi’s push for ‘Vocal for Local’ and ‘Made in India’ products gained prominence this year, many Indian startups seized the opportunity to manufacture local products. Similarly, many Indian investors are driving the push for more homegrown innovations and products.

In a move expected to give a much-needed boost to electronics manufacturing startups, Mumbai-based early-stage investment fund Whiteboard Capital's Managing Partner Sandeep Tandon and family are leading the drive to invest in startups focused on hardware production.

Edtech was the most funded sector in 2020. It was also a key sector, one that received a strong vote of confidence from PE-VC investors during the pandemic.

In an exclusive chat with YourStory, Vamsi Krishna, Co-founder, Vedantu, shared the journey of the online learning platform in transforming the edtech space in India and pioneering personalised, live interactive online sessions for its growing student base in India.

India banned 59 Chinese mobile apps in the country in June this year, and banned 118 more apps, including popular ones like TikTok, AliExpress, PUBG Mobile, etc, on September 2. This led to the rise of many homegrown platforms that aimed to fill the gap.

Mitron, launched in April by Anish Khandelwal and Shivank Agarwal as an alternative to Chinese company ByteDance-owned TikTok, clocked more than five million installs within the first month of launch.

In an exclusive conversation with YourStory Founder and CEO Shradha Sharma, the co-founders of Mitron spoke about its sudden rise to success, the ethos of the app, and what lies ahead. 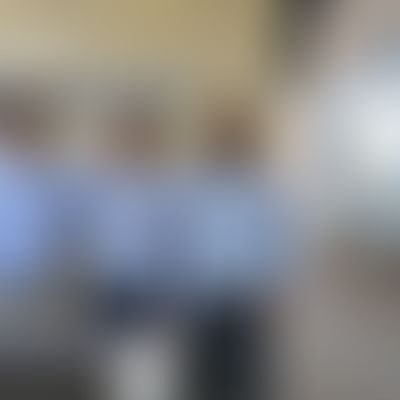