[Year in Review 2020] From Zerodha and Razorpay to Rapido and Dunzo, here are the top 10 Product Roadmaps 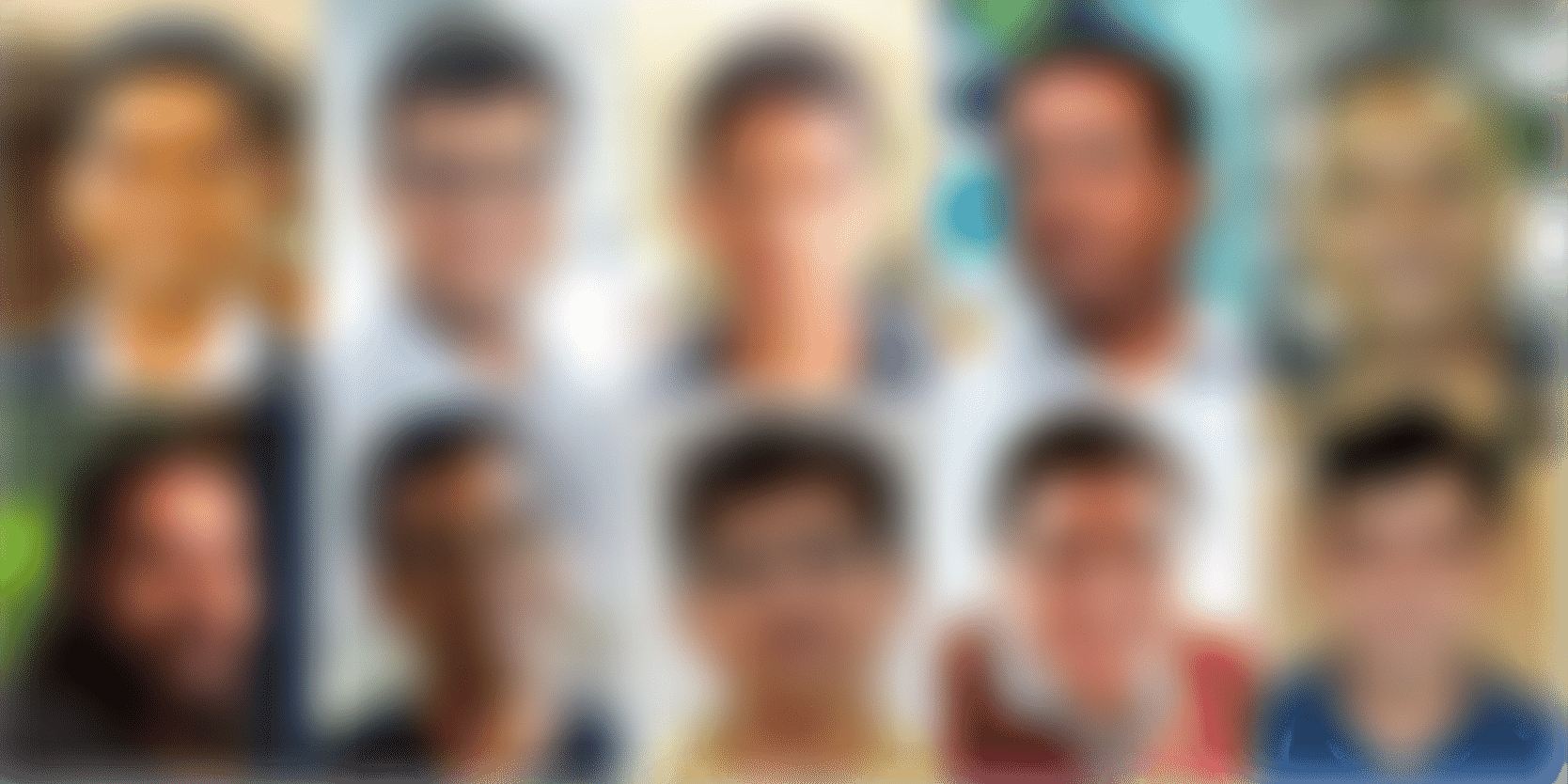 A product roadmap clarifies the why, what, and how behind what a tech startup is building. Here are the top Product Roadmaps YourStory carried in 2020.

Evolving technology has made modern life ridiculously simple. Want a pizza? Order it with a few taps on your phone? Same goes for that body lotion, medicine, or cereal that you need. Want to head out of station for a day? Out comes the phone again!

YourStory’s Product Roadmap aims to decipher what makes these products so simple and easy, yet technologically advanced. Whether it is logistics, fintech, dating, or hyperlocal delivery, each of these startups has built products that are robust, ubiquitous, and can scale.

As we near the end of the year, here’s looking back at the top 10 Product Roadmaps you loved reading this year:

Online brokerage platform Zerodha was born in 2010 when Nithin Kamath, who had been trading in stock markets since he was 17 years old, felt the need for such a platform.

Nithin and his brother, Nikhil Kamath, started operations by focusing on day traders. Today, this has evolved to include long-term investors and millennials and the duo has taken their bootstrapped company to massive scale with zero external funding.

In 2012, Kailash Nadh joined the company as CTO. And then began the journey of building a strong tech product that would change the Indian stock-broking industry by pioneering the discount-broking model.

The focus was clear: building investment and trading applications for end users to make investing easier, and creating a robust internal stack to allow stock broking to operate at scale.

In late 2014 and early 2015, the Indian startup ecosystem was buzzing with the launch of numerous foodtech and delivery platforms. Swiggy, Tinyowl, and Foodpanda were working over time to ensure that you could get a meal at the click of a button.

But there was one big problem: the lack of a seamless link between restaurants and delivery partners.

Vaibhav Khandelwal, then working for another company had discussed the idea of a B2B logistics platform with Abhishek Bansal, a friend from IIT-Delhi.

Today, Shadowfax has a network of over 100,000 delivery partners that cater to different needs of the logistics ecosystem. Vaibhav says they have operated over 4,000 light commercial vehicles across 500+ cities in India.

Rapido also wasn’t the first bike-sharing platform in India. There were other players such as Baxi and M-Bike; Ola and Uber had also launched their bike taxis.

But the others ran into trouble: Ola and Uber had to restrict operations to a few cities, Baxi pivoted to a delivery model, and M-Bike shut shop.

Rapido, on the other hand, managed to survive the regulatory tug of war and grow. It now has around 5,00,000 Captains, and claims to be serving over 10 million customers. It has more than 20 million app downloads and 15 million paid transactions.

In 2011, when five techie friends from Wipro – Ranjith Mukundan, Ravishankar G, Shiroor Praveen Nale, Ramakrishna Adukuri, and Venkatesh Seshasayee – were thinking of starting up, they saw major problems in the production process of one of the largest consumables in India: milk.

It led them to start Stellapps, a farm-to-consumer dairy digitisation service provider that improves productivity, enhances quality, and ensures end-to-end traceability across the dairy supply chain.

Through its customer base, which includes all major private and co-operative dairies, Bengaluru-based Stellapps digitises about 10 million litres of milk worth $3.4 million every day. This directly impacts two million dairy farmers in over 28,000 villages.

The size of Indian retail market is a whopping $700 billion. Ninety percent of this, approximately $630 billion, is owned by local kiranas and unorganised, unbranded retailers. Despite lacking the glamour of high-street malls and outlets, these stores are known for their consistency, reliability, and efficiency.

It is this very market that B2B ecommerce platform Jumbotail is tapping.

Founded in 2015 by Ashish Jhina and S Karthik Venkateswaran as a wholesale online marketplace for kiranas, Jumbotail is looking to solve one challenge for these stores: getting the inventory right.

Apps like Tinder have helped users discover the joys of swiping right and left to meet new people — almost like a game. But, not everyone likes these rules.

For people looking for serious relationships, a platform needs something more — the convenience and flavour mixed with some in-depth information and seriousness. Not exactly Tinder but not Shaadi.com either.

This was the idea behind Aisle, founded in 2014 by Able Joseph. In the past six years, Aisle has raised over $300,000 from some of the biggest angel investors in the country, including serial entrepreneur Sanjay Mehta, Facebook Director Anand Chandrashekaran, and Udhyam Founder Mekin Maheshwari.

Founded in 2015, Bengaluru-based Dunzo is your personal concierge – from filling out shopping lists to picking up the charger you forgot at home or delivering your favourite pizza to your office, it does it all.

On-demand startups succeed by addressing a latent need in the market. Uber and Ola did it; so did Swiggy and Zomato. Dunzo addressed the problem that most time-strapped people face today: the need to get things done.

The app, which now has multiple functions, categories, flows, and even a B2B version, started life on WhatsApp. Users would type out what they needed done, and Dunzo would get to work.

When Lalit Keshre was working at Flipkart, he realised one thing: consumer experiences around him were significantly improving and transforming.

Whether it was ecommerce in terms of fashion, or cab booking, or food delivery, there was growth and change everywhere. But financial services remained opaque and significantly old school.

After quitting Flipkart in 2016, Lalit along with Harsh Jain, Neeraj Singh, and Ishan Bansal, started working on a product for investments. Coincidently, 2016 was also the year of demonetisation.

Looking at the shift towards online payments and the growth of UPI, the ‘Flipkart mafia’ plunged deeper into the segment and launched investment platform Groww in 2017.

Groww focuses on simplicity and transparency, and has been designed as an adviser or ‘buddy’. Its platform is powered by intelligent UI and UX. The startup offers paperless investing options, letting customers buy and sell mutual funds online.

The pandemic has amplified the need for specialised skills. With many people facing job losses, furloughs, and salary cuts, there is a growing need for upskilling.

Though edtech seems to be the flavour of the season, the idea of helping people upskill themselves came to Mayank Kumar, Ronnie Screwvala, and Phalgun Kompalli in 2015. In 2020, Rohit Dhar and Puneet Tanwar joined the core team.

In June 2020, it earmarked an outlay of Rs 150 crore to expand courses offered through its platform, acquisitions, and partnerships, and announced its collaboration with Jamia Hamdard University and O P Jindal Global University.

The platform has seen a 50-60 percent jump (since the lockdown) over the last quarter in terms of users, and a stronger growth year on year. upGrad has onboarded over 38,000 paid learners and impacted close to a million individuals globally.

When IIT-Roorkee graduates Harshil Mathur and Shashank Kumar started Razorpay in 2014, the duo knew the power of payments and how it could transform sectors. They knew what they wanted to start up with – a startup in the fintech space - but didn’t know how.

They began with a crowdfunding platform to get people to invest money towards charity. They realised how cumbersome the process was while testing international payments and integration with a payment gateway – it needed at least 10 to 20 pages of documentation. The duo felt the payment process for any startup should be simple and not take more than 30 minutes.

This epiphany led to the birth of Razorpay, the fintech startup that recently raised $100 million and gained unicorn status.