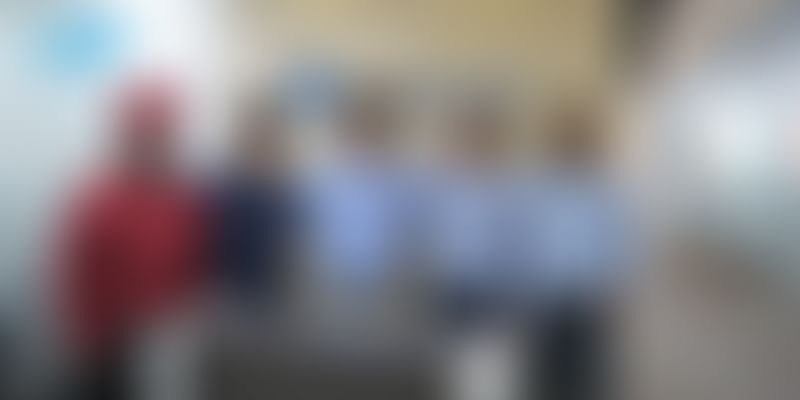 The Turning Point is a series of short articles that focuses on the moment when an entrepreneur hit upon their winning idea. Today, we look at Gurugram-based B2B SaaS sales automation platform FieldAssist.

Paramdeep Singh worked on his own FMCG startup Param Health Foods for more than eight years. During this time, he observed that there was a huge gap between manufacturing and distribution in the FMCG space.

According to him, the Indian FMCG industry - where general trade is the lifeline – works with more than 12 million kirana stores spread across the length and breadth of the country.

“It works on a very complex distribution network. In a day, a typical FMCG sales representative has to cover more than 30 outlets to get orders and pass them on to distributors and stockists to deliver orders. There are levels and contact points before reaching the end customer,” Paramdeep says.

He saw that there was massive scope of automation and optimisation of the distribution process by enabling technology at various levels. What if this salesperson could punch in the order directly through mobile apps, rather than managing manually?

The game would change altogether as real-time data visibility could address the bottlenecks, accelerate decision-making for managers, and improve the company’s reach and revenue.

“I knew it was a daunting task to bring a change in the industry that has been operating traditionally since forever. I knew this would create a huge impact. I stepped into this transformation journey and never looked back,” says Paramdeep, who started FieldAssist, a B2B SaaS Sales automation platform.

He launched the startup along with a few IIT-Dhanbad graduates, Apurv Gupta, Divir Tiwari, Nikhil Patwari, and Peeyush Jain.

FieldAssist was founded by its parent organisation Flick2Know Technologies in 2014. It was part of the 9th batch of Start-up Chile and got a seed grant of $40,000.

The startup aims to solve the business challenges of Indian consumer goods companies by providing accurate and real-time business intelligence of sales teams, product, and market performance, leading to a faithful execution of decisions in the field and making sales teams smarter.

The team’s initial plan was to help FMCG companies manage, optimise, and increase sales effectiveness with the help of new-age mobile apps, MIS dashboards and statistical tools to handle the tons of data generated throughout this process.

However, as they started moving further and partnering with more customers, they started understanding granular-level complexities in the life of an FMCG industry.

“We spent endless hours in the field to get aware of the issues faced by sales teams and developed our product offering accordingly. This helped us a lot in getting close to our customers and gaining their trust,” Paramdeep says.

As the team moved forward, they thought of integrating different levers of the supply chain under one unified approach. The FieldAssist omni-channel offering aimed to bring the brand, retailer, distributor and customer together.

Reaching out to customers

The platform started with one product and the portfolio has now expanded. It functions as an end-to-end sales automation platform with products like DMS, retailer app, BI tools, SFA etc.

“We are now metamorphosing from a sales automation platform to a one-stop solution for the entire sales processes,” he says.

With a GMV of about $8 billion, the startup is now reaching out to more than 45 lakh retail outlets with over 40,000 sales representatives via its platform.