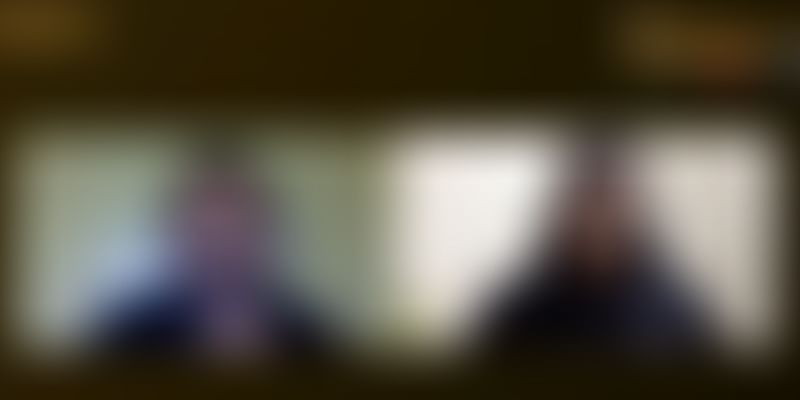 At TechSparks 2020, SV Subramanya, Co-founder and CEO of Fisdom, spoke about how the startup reached half a million customers through banking channels in smaller towns.

When it comes to savings, most Indians opt for fixed deposits (FDs) or insurance as they offer stable returns. According to wealthtech startup Fisdom, India has 40 million people with demat accounts, but very few invest in the markets. However, over the last three years, with the proliferation of digital investment apps, retail investors are on the rise.

In a fireside chat at YourStory’s flagship event TechSparks, SV Subramanya, Co-founder and CEO, Fisdom, said, people from smaller towns are increasing their investment in financial products, and apps like Fisdom are reducing the complexity of investing.

Fisdom is a wealth management startup, which helps customers manage their mutual fund investments. The startup has close to half a million users and a majority of these users come from small towns.

“Financial products have always been sold with a lot of complexities. We are simplifying the buying of financial products for people. We work with fifteen banking and insurance partners, and we have barely scratched the surface in India,” he said.

“About 22 million investors have invested in mutual funds, and the number of Demat account holders in India is 40 million, but very few people trade in stock markets. Term insurance has only 10 million people. If you look at it, it’s a huge opportunity in India and we can see over ten times growth over the next five years. The trend shows smaller towns are looking at stocks along with traditional investments such as gold and real estate,” he added.

According to Subramanya, the 10x growth will be driven by the millennial population, and people from Tier II and Tier III towns will be adding to this growth.

“Our channel sales, which are the banks present in smaller towns, will help us acquire these new customers. Fifty percent of our new customers will come from smaller towns. What has changed is the availability of information and how KYC has gone digital, thanks to PAN card, which allows people to invest immediately. Our partner banks will also have information on these customers,” said Subramanya.

Fisdom has partnered with City Union Bank and Karnataka Bank. According to Subramanya, the reason for the growth in smaller towns is because of the access to information due to the proliferation of smartphones.

"Fisdom is able to guide people on financial investment based on their goals. We are also going to focus on the vernacular segment. Today, the customer wants to look at numericals, they want a context on how much of their money is increased. As we grow deeper into smaller towns, people may need to enter Aadhaar number and we will need to use local languages. In smaller towns, people want to know if they can get more than their fixed deposits," said Subramanya.

While wealthtech is penetrating Indian minds today, gold and real estate are still considered valuable savings assets. Fisdom believes that in India, gold has a lot of value in the southern regions of the country. People today invest in digital gold as an asset class and Fisdom has rolled out products tohelp peopleinvest in gold.

"Digital gold is a very important part of the customer portfolio today. The sophistication in terms of technology is very high in smaller towns. Look at the kind of apps that they are using. What is under appreciated is what are people spending time on. There is affluence in smaller towns and we believe this demography will begin using tech in smaller towns," says Subramanya.

TechSparks - YourStory's annual flagship event - has been India's largest and most important technology, innovation, and entrepreneurship summit for over a decade, bringing together entrepreneurs, policymakers, technologists, investors, mentors, and business leaders for stories, conversations, collaborations, and connections that matter. As TechSparks 2020 goes all virtual and global in its 11th edition, we want to thank you for the tremendous support we've received from all of you throughout our journey and give a huge shoutout to our sponsors of TechSparks 2020.