How India and the UK are collaborating for a sustainable future 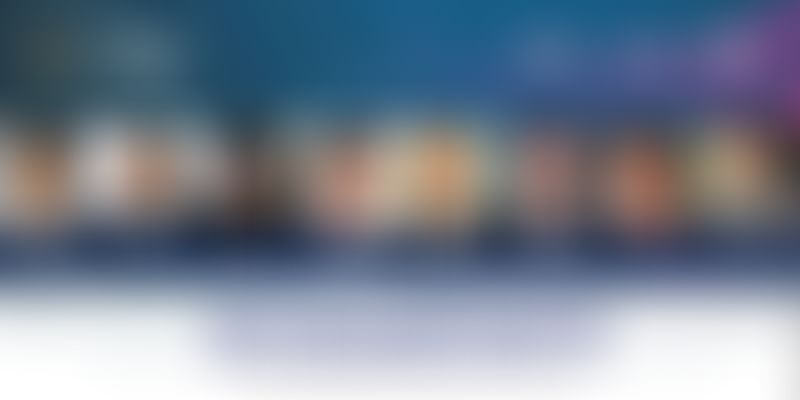 At Bengaluru Tech Summit 2020, the panellists said the key driver of the green technology adoption will be increased partnerships among India and the UK.

According to data from the United Nations Development Program (UNDP), energy production accounts for 60 percent of greenhouse gases, making it the main contributor to climate change, while a staggering three billion people — which is more than 40 percent of the world’s population — still use polluting fuels for cooking. With populations growing, so will the demand for affordable energy and if sustainable economic alternatives are not available, these figures are only likely to grow.

The good news, however, is that both governments and private players have begun to show an increasing interest in creating alternative energy sources. A June 2020 report by the World Economic Forum estimates that global investment in renewable energy reached $282.2 billion last year.

The role that technology will play in Green Recovery and a Sustainable Future was the focus of a panel discussion on Day 1 of the Bengaluru Tech Summit 2020, with officials and entrepreneurs from India and the UK. The session was hosted by KT Rajan, Head of Technology and Innovation at the Department of International Trade, and Deputy Head of the Mission in Bengaluru. The panellists were C N Ashwathnarayan, Deputy Chief Minister of Karnataka; Jan Thompson, Acting High Commissioner of the UK; Jeremy Pilmore-Bedford, UK Deputy High Commissioner, Karnataka and Kerala; Dr Rama Reddy, Additional Chief Secretary government of Karnataka; Andrew Stokes, Business Development Manager in Energy System Catapult (ESC); Kevin Houston, CEO, Carbon Masters; and Laurence Kemball-Cook, Founder and CEO of Pavegen.

Speaking on the occasion, C N Ashwathnarayan said, “The bilateral relations between India and the UK have been growing strongly over the years and the science and technology sector is the fastest-growing element of this relationship. The tech partnership agreement signed in April 2008 between Theresa May, former UK Prime Minister, and Shri Narendra Modi, Prime Minister of India, has further strengthened the relationship.”

While Karnataka is considered to be leading the country in sectors such as information technology, machine tools, and aerospace biotechnology, it has also implemented several initiatives aimed at promoting and increasing the use of green technology. It was the first state in India to introduce an electric vehicle policy aimed at promoting manufacturing and is aiming for 100 percent electric mobility in certain vehicle segments.

India has also been making tremendous progress charting a cleaner development path and has joined multiple initiatives towards mobilising the global community. These include The International Solar Alliance, the Coalition for Disaster Resilient Infrastructure, and One Sun One World One Grid.

“We're really pleased and proud that the UK has partnered on these initiatives. The UK has also seen lots of bold action. My favourite statistic to quote always is that between 1990 and 2018, we nearly halved emissions while growing the economy by 75 percent. So it shows it makes sense economically to take action,” said Jan Thompson, acting High Commissioner for the UK in India.

“We are pleased with our partnership with the Government of Karnataka on climate resilient cities; through sustainable transport solutions; adoption of clean energy; encouraging shift to electric mobility, and of course finding solutions to air pollution. The most recent example was the launch of the Clean Air Street initiative by the state government in partnership with Catapults,” she said.

The business of sustainability

Today, businesses across the globe are becoming increasingly aware that environmental awareness and sustainability practices are driving forces for consumer choices, and words like plastic-positive, ethically sourced, renewable, etc. are becoming increasingly ubiquitous. According to a research by NatWest, 57.5 percent of UK businesses said that sustainability was ‘extremely’ or ‘very’ influential in the decisions they made.

Andrew, who works in International Development at Catapults, supports firms in the UK to find collaborations with overseas partners to develop bilateral programmes suited for their own climate transitions.

“So, the ESC is one of the nine catapult networks in the United Kingdom, each focusing on a different area of industry, but all with the same key role which is to support innovation. We work with the private sector, government and academia to achieve decarbonisation and meet our climate goals and the least possible cost and enabling firms to take advantage of the opportunity that the clean growth transition creates. We work across the whole energy system. We have experience in lots of different areas and we have a systems class where we try to look at things holistically, to find the best optimum solutions,” he explained.

ESC is currently supporting projects that are innovating for cleaner projects with two other Catapult centres in the UK, and strategic partners in Bengaluru. The project will focus on addressing challenges of air quality and the electric vehicle transition.

The second UK-based business presenting at the summit was Pavegen, which makes floors that harness the energy of footsteps to create electrical power. Speaking about the relevance of the product, Laurence said, “Our mission as a business is to improve the world through the power of human footstep, because we believe that there's an untapped resource that is literally under our feet, which is people walking. And if you think about cities, especially huge cities like Mumbai, the high footfall level gives a really big opportunity to take that power and use it for things like street lights, like plein air systems, and even powering things like Wi Fi.”

A recent World Bank report showed that India generates 227 million tonnes of solid waste, more than any other country in the world. Carbon Masters is addressing the climate crisis by developing clean technologies and low-carbon solutions.

“Through our carbon-light solution, we bring solid waste into our biogas plants in our trucks, which also runs on our gas with no diesel emissions. Our anaerobic digestion technology creates biogas following which we use purification technology to remove the impurities from that gas, which we compress into uniquely designed cylinders and cascades, which we then shipped to restaurants for commercial cooking. We also take the digestate slurry, and we convert that into a carbon rich organic fertiliser,” said Kevin.

One of the key drivers of the adoption of green technologies will be increased partnerships among countries.

Speaking about the collaboration between the UK and India, the Deputy High-Commissioner for Karnataka and Kerala said, “We have UK-India tech hubs, which are a part of a global network of international tech hubs to facilitate job creation and drive inclusive economic growth. They will deliver interventions to cultivate digital skills, responding to the needs and opportunities for inclusion in the local tech sector. They will also facilitate partnerships between tech entrepreneurs in India businesses in the UK and elsewhere.”

In addition to all of this, there are two annually competitive programmes to take startups from India to engage with the UK’s tech ecosystem.

Looking to the future of collaboration between the two countries, Lord Tariq Ahmad of Wimbledon, Minister of State for South Asia and the Commonwealth said, “As economies around the world recover from the impact of COVID-19, this is a time of course to look to the future. We must take the opportunity to build back better to create a world that is green and clean and sustainable. The UK believes in global action taken alongside partners around the world. India and the UK already have a wonderful partnership. Climate change effects and impacts every one of us, and the vital asset we share in tackling some of the challenges is our technology.”