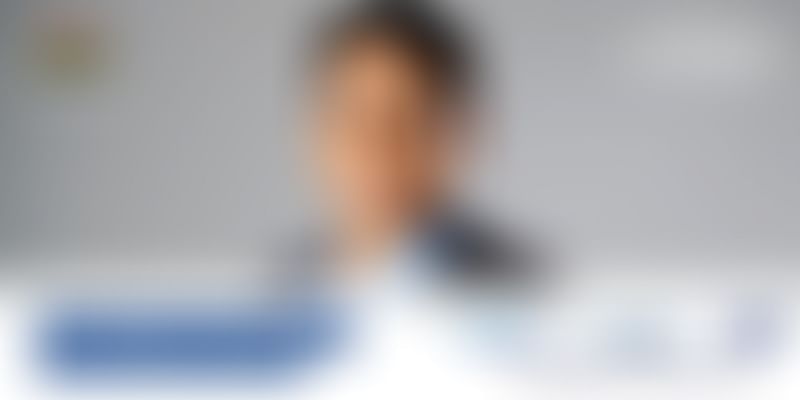 Terming the event a grand success, Karnataka Deputy Chief Minister CN Ashwath Narayan, while speaking on the last day of the Bengaluru Tech Summit, said the event was a culmination of several months of effort of various state government departments and allied stakeholders.

Drawing the curtains on the three-day-long Bengaluru Tech Summit 2020, Asia’s largest tech summit organised by the Department of Electronics, Information Technology, Biotechnology and Science & Technology, Government of Karnataka, Deputy Chief Minister Dr CN Ashwath Narayan said, “As BTS 2020 comes to an end, I hope the better understanding of each others’ perspective will result in a better alignment of development plans and Karnataka’s vision.”

Dr Ashwath Narayan, who is also the Minister for Higher Education, Electronics, Information Technology, Biotechnology and Science & Technology, Skill Development, Entrepreneurship & Livelihood Departments, shared, “As India and Karnataka continue to fight the pandemic bravely, it has brought to the fore our strong sense of responsibility, spirit of compassion, spark of innovation, and remarkable resilience.”

He added, “Be it in fighting the virus or ensuring economic stability, resilience has been driven by strength of our systems, support of the people, and stability of our policies. That’s why we continue to be one of the world’s preferred investment destinations. Bengaluru has always taken charge to lead the transformation of India with science, innovation, and technology advancements.”

The Deputy Chief Minister remarked that through sessions, panel discussions and knowledge cafes, the Bengaluru Tech Summit created a larger platform for exchange of ideas and encouraged the larger ecosystem to collaborate further to develop and launch products and services of the future. This, he said, could drive positive impact across geographies and all stratas of societies.

A key highlight of the Bengaluru Tech Summit was the inauguration by Prime Minister Narendra Modi. The Karnataka Deputy Chief Minister shared that this was an honour and testimony to the potential and significance of the summit. “The Prime Minister’s presence and inspiring address infused energy into the summit.” He added, “We were also honoured by the presence of Scott Morrison, Prime Minister of Australia and Guy Parmelin, Vice-President of the Swiss Confederation”

He shared that the Chairpersons of the Vision Group for IT, BioTechnology, and Startups were instrumental in designing and driving successful execution of the three-day-event. He noted that it was for the first time that the Summit had an international advisory group to bring a global perspective to the conference.

“The Bengaluru Tech Summit is the only event in India which has brought together India’s leading cross sectoral industry organisations such as NASSCOM (National Association of Software and Service Companies) TiE (The Indus Entrepreneurs), ABLE (Association of Biotechnology Led Enterprises), ABAI, 'Association of Bangalore Animation Industry', IACC (The Indo-American Chamber of Commerce), among several others on a common platform.”

The Deputy Chief Minister highlighted that the event was a culmination of several months of effort of various state government departments and allied stakeholders. Terming the event a ‘grand success’, he said,

“The 23rd edition of the Bengaluru Tech Summit and the first virtual summit saw participation from 25 + countries in over 59+ sessions across Information Technology, BioTechnology, Startups and Global Innovation Alliance (GIA). We saw 16+ sessions led by GIA partners which included Australia, Bahrain, Canada, Denmark, Finland, France, Germany, Israel, Japan, Lithuania, The Netherlands, Sweden, Switzerland, the UK, and Taiwan. The numbers say it all.”

He marked that the edition had been a new learning experience. “The virtual format enabled us to break the barriers of time zones and boundaries. We had leading innovators, scientists and technologists participating from all across the globe despite the varying time zones. For instance, in the One Health track, we had speakers from leading academic institutions such as MIT and Harvard - a first for us at BTS.” He added the virtual format enabled the government to organise the event in a cost-effective manner while having a larger global coverage. He noted that the B2B online platform at BTS enabled startups, MSMEs, enterprises, professionals and scientists to interact with each other as well as with global leaders.

Ashwath Narayan shared that BTS 2020 witnessed a few special events, which added to the uniqueness and richness of the event. This included the launch of the Karnataka Bio Economy Report 2020 on the second of the summit. With the launch, Karnataka became the first state in India to measure the impact of the biotechnology industry, its products and services on its economy. Aiming to become a $50-billion bio-economy by 2025, the report outlines a series of strategic initiatives such as setting up bio-medical clusters, vaccine and bio-manufacturing hubs, and enable an agri-tech ecosystem to reach the said target.

The Deputy Chief Minister shared that the Bio Quiz Competition, which is India’s largest state level quiz on biotechnology, was held virtually this year and saw students from varied disciplines participating with more than 70 percent of the 800+ participants being female students. He added it was for the first time that BTS had a specific track on the growing and vital field of AgriTech.

The key highlights of BTS 2020, according to the Deputy Chief Minister, were the signing of eight MoUs with GIA partner countries and the participation from some of the biggest names from the industry and larger ecosystem. This included Anand Mahindra, Chairman, Mahindra Group; Shri. Sadhguru, Yogi, Mystic & Visionary, Founder, Isha Foundation; Debjani Ghosh, President, Nasscom; Amit Agarwal, Global Sr. VP and Country Head , Amazon; Sonam Wangchuk, Indian Engineer and Innovator; Rajan Anandan, Managing Director, Sequoia Capital and Surge; Avi Jorisch, Author of Thou Shalt Innovate Entrepreneur, Investor & Author, Dr. Steve Jolly, Chief Engineer for the Commercial Civil Space line, Lockheed Martin, among several others. He shared that all the sessions of BTS 2020 will be made available on demand in the days to come so that the ecosystem can learn from the discussions.

The COVID-19 pandemic has heightened the need for rapid innovation and explore synergies between Information Technology and BioTechnology and global cooperation, he noted. “BTS 2020 provided the ideal platform to action this.” He added, “The government of Karnataka is fully committed to ensuring that these innovations are made in Karnataka for the world in collaboration with leading innovators and technologists.”

In his closing remarks, he announced that the 24th edition of the Bengaluru Tech Summit would be held from November 18 to 20 next year.

“BTS 2021, I promise, will be more bigger, more engaging, and more disruptive than ever before,” he said.