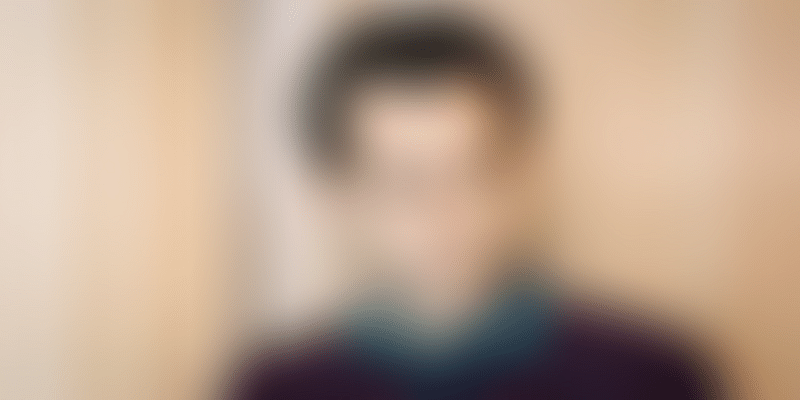 “Honestly, most companies, they talk a lot of game about being very entrepreneurial, entrepreneurs and blah blah… most of it is BS (Bullsh**),” says the 35-year-old Stanford alum from his residence in the San Francisco Bay Area of California.

The US-born and raised self-confessed ‘computer nerd’, who spent around seven years in India before moving back in 2015, is extremely proud of the fact that despite being part of a large organisation -- the behemoth that is the Times Group -- under his aegis, TIL has been able to imbibe an entrepreneurial culture.

He says, “The truth is we know companies want to be that way (entrepreneurial), but when push comes to shove, how we actually empower teams to make decisions and really run with a degree of chaos that most big companies aren't used to.”

He describes the internet company that owns several digital platforms as a bottoms-up operation, built by entrepreneurs within an ambitious and unprecedented company architecture. The Times Group is India’s largest media conglomerate with a 182-year-old history. Its subsidiary TIL was founded over 20 years ago (1999), giving it an early mover advantage in the digital space. Times Internet’s digital products include the on-demand video platform MX Player, music streaming service Gaana, restaurant discovery app Dineout, and the online versions of the newspapers Times of India and the Economic Times.

Satyan tells YourStory Founder and CEO Shradha Sharma, “My attitude from the very beginning was that I have no love, no competence to be able to do this on my own, and nor should any individual really have that. And so the only way we could work is if we could really attract and motivate the best entrepreneurs to want to work with us. So in the last seven-eight years, we've acquired almost 15 companies.

“And of the 15 companies we've acquired, I think 13 of those founders are still working with us today. And for me, that's a real hallmark of our success more than anything that we've been able to both attract and inspire and motivate entrepreneurial talent to participate with us.”

Times Internet’s acquisitions over the years include the likes of MensXp, CricBuzz and Dineout.

After graduating with a Master’s degree (Management Science & Engineering) from Stanford, Satyan worked as a consumer equity trader at Lehman Brothers for a year and half in the US, before joining the Times Group in 2008. Initially, he did stints across the group’s print, radio, and TV arms, and then joined the digital wing in 2012 as the Chief Executive Officer (CEO). He became TIL’s Vice Chairman in 2016, when Gautam Sinha, who wore the two hats of Chief Operating Officer (COO) and Chief Technical Officer (CTO), was elevated to CEO.

Meet the Bengaluru man with the ‘world’s biggest’ HIV family

Satyan is especially proud of the fact that during his stint, TIL has been able to reach the scale that is usually reserved for global internet giants such as Facebook and Google.

He says, “Almost half a billion people in India use our properties each month. And so most Indian companies haven't been able to reach that scale and that scale is really reserved for the global players that have very strong positions in India, like Google and Facebook.”

According to data analytics firm Comscore, Times Internet is the largest digital platform in India, after Google and Facebook. Its June data shows that TIL reached 77.7 per cent of the digital population in India, ahead of ecommerce major Amazon at 74 per cent. Google was at the top spot with 98 per cent reach followed by Facebook at 94.9 per cent.

Satyan gleefully says, “I think when I started working at Times Internet about seven-eight years ago, our daily reach was about three million users a day. So if I have the numbers right, we grew about 28X in the last five-six years, maybe a little more than five-six years,” he says.

TIL’s revenue grew 24 per cent year-on-year in the financial year 2020 (ending March) to Rs 1,625 crores and its advertising revenue (the major revenue source) jumped 22 per cent. The company’s monthly active users (MAUs) during the period grew 23 per cent to 557 million, while its daily active users (DAUs) jumped 5 per cent to 111 million. Monthly page views during the fiscal year increased by 44 per cent to 67 billion.

The company has a target to reach 1 billion Indians and become a $1 billion revenue company by 2025. Satyan believes TIL is very much on track to reach those magic numbers. “If we continue at the growth rate that we're targeting going forward, this is not a crazy number for us to chase in the next few years,” he says.

Satyan says his model was always built on how to enable and empower the best entrepreneurs to be inspired to work with the company. Most big organisations struggle to attract good entrepreneurs, simply because of how centralised and rigid their power structures tend to be. According to Satyan, “The way their power is structured, it's so centralised that ultimately everyone else is kind of like a middle manager.”

He opines that another deterrent for entrepreneurial talent in joining large companies typically revolves around the fact that financial incentives are not attractive enough. He says, “Economically the incentives for being a rockstar that you get are a little bit more than you might have got otherwise. And so those things fundamentally disincentivise these entrepreneurs from wanting to work with big companies usually. So we've been trying at least to flip that model.”

The heir apparent to the Times Group reveals that TIL CEO Gautam and he have around 40 people reporting into them, which in any traditional corporate logic would be considered “terrible.” Most organisations would say business strategy should have no more than about seven people reporting in, he adds. “But it was really important for us because rather than create additional layers of management amongst our business teams, we wanted our CEOs of business teams to feel like they're reporting to effectively a board or the key stakeholders and not to a bunch of layers in the middle,” Satyan explains.

As far as remuneration is concerned, the Vice Chairman of Times Internet strongly believes that leaders and entrepreneurs should not have to worry about money.

“If you're really successful, you should make a lot of money doing it. That's at least how we've been structuring,” he says, while adding that at many companies, the incentives are incremental, often leading to disillusionment. One of his beliefs is that the people who create a lot of value should “absolutely share” in it.

TIL has around 6,000 employees with a “federated structure”, where most of its teams have an average size of 100.

Letting entrepreneurs and startups be

It is important to allow entrepreneurs to operate independently and not “get into their hair”, Satyan believes. He gives the example of cricket news and information platform CricBuzz, which TIL acquired in 2014. During the negotiations, the CricBuzz co-founders (three ex-Infosys employees) had said they did not want a lock-in period for themselves beyond two years, but six years hence, they are all still there, he reveals.

“We loved CricBuzz for what they built and for the founders and for their vision of the company. And the truth is, they are going to know what's best for us far better than I will, given that they built it.

“And so they didn't move their offices. They still walk to their offices every day to go to work. Their team is exactly what they wanted it to be. We check in from time to time and ask them if there are things we can do to help them. And we've hopefully tried to amplify them and their brand by leveraging the resources that we have,” he says.

Satyan’s core philosophy is not to interfere in the operations of TIL’s acquired companies, as he believes the “corporate overhang” can “mess with” founders and startups.

He discusses another instance where Dineout, the restaurant table booking startup TIL acquired in 2014, pivoted its business to become a payment instrument a few years ago. Satyan came to know of it three months after it happened.

Speaking of the move, he says, “The team just believed it was right for the business and they took the steps to start progressing it. That starting sense of ownership is our fundamental difference with most big companies.”