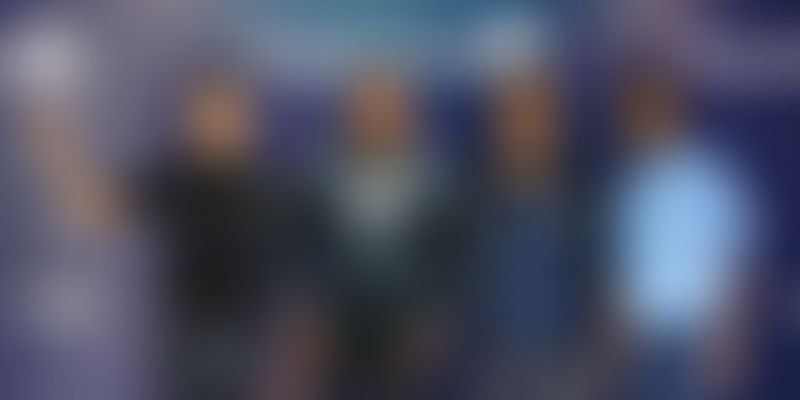 Bengaluru-based Superpro.ai aims to help working professionals save time and money offering their services online by automating tedious tasks like collecting payments and sending emails. The startup has been awarded a special mention in YourStory’s Tech30 list.

In a world where technology is increasingly taking over mundane human tasks like capping toothpaste tubes, completing sentences, managing inventory and even driving, automation has played a huge role in the workplace economy by helping cut down human input on repetitive tasks.

It is estimated that office productivity loss due to employee time spent on administrative tasks (that can be easily automated) costs nearly $5 trillion annually, and roughly 69 workdays are spent doing such tasks. For gig economy workers and independent professionals who earn money based on the time they spend producing results-oriented work, this loss in productivity translates directly into decreased incomes.

This and many other reasons compelled Gaurav Tripathi, a graduate of IIT-Bombay, to set up Superpro.ai - a platform that helps independent professionals save time and earn more money by using artificial intelligence and automation to help perform time-consuming, yet simple tasks such as scheduling consultations, collecting payments, sending email reminders for follow-ups, generating invoices and sorting and collecting data, among others.

Gaurav says Superpro’s value proposition is that it substantially helps independent professionals increase their billable hours. It also gives them access to analytical tools that provide insights on how professionals can maximise their productivity, improve their performance and grow their business faster - stuff that was previously only available to big corporates.

“We combine nearly eight to nine tools that professionals would have required to offer their services, into one, and save them a lot of precious time which they can spend on billable tasks,” says Gaurav, in an interview with YourStory.

The platform, in addition to backend automation and analytics, allows professionals to create their own professional page that highlights their expertise and services - starting with a video message that it asks its users to shoot and upload. It gives businesses wanting to get in touch with professionals listed on Superpro several contact points within the platform, without ever revealing their personal information such as emails or phone numbers.

Most of the ‘solopreneurs’ on the platform use it to offer video-based services such as consultations, webinars, coaching, live courses, and training, among others.

COVID-19 accelerating the ‘future of work’

Due to the COVID-19 pandemic, there has been a significant increase in the number of people coming online to look for work, and geographical boundaries have blurred between those offering services and those needing them.

Gaurav says he has seen an uptick in the number of professionals on Superpro over the last couple of months too - more than 1,000 people are now offering services ranging from music and dance lessons, to live cooking classes, on the platform.

“Where earlier professionals were able to sell their services only in their neighbourhood or their cities or towns, geographical boundaries have now expanded. We had someone recently sell piano lessons to learners in the US, so no longer do people have to stay confined to their geographical location,” he adds.

Users have to spend not more than two minutes to get set up on the platform, which comes pre-loaded with a host of software and applications that enable video calling, payment collection, email automation, etc.

“Professionals can start delivering without any investment - they don’t need to buy subscriptions, websites. Their only investment is their laptop or their mobile phones,” Gaurav quips.

The sign-up and the services are free for Superpro users - the startup only takes a small cut of the money they make, when they start making it.

“We get paid when you, a Superpro user, gets paid,” he says.

The startup, founded in August 2019 by Gaurav and his co-founders Vijay Goel, Vivek Kumar, and Sagar Ramteke, earns over Rs 5 lakh, annually. Superpro.ai, which has been incubated by SOSV is currently looking to raise $500,000 over the next one month.