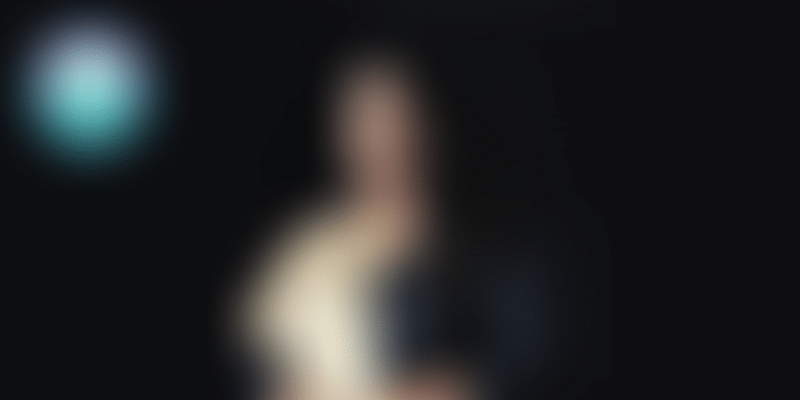 A product roadmap clarifies the why, what, and how behind what a tech startup is building. This week, we feature conversational AI startup Salesken, which offers real-time insights and cues to gauge customer sentiment and drive sales.

In 2010, Surga Thilakan and Sreeram Vaidyanathan donned the entrepreneurial path with iStar, a company that equipped entry-level sales and support staff with the ability to have better conversations with customers.

After training more than 20,000 sales representatives through technology-led interventions over the next few years, the duo realised that there was no way for them to track how these trainings were being put to use.

They realised the need for a better solution that could monitor ongoing sales conversations in real time and provide interventions to effectively guide sales reps. This led them to start conversational AI startup Salesken in 2019.

“Our solution is able to analyse conversations in English and most Indian languages using NLP and NLU (Natural Language Processing and Understanding) and infer the actual context behind the spoken words. We use deep learning neural networks to detect signals in the conversation to identify cues for that instance, in real time,” Surga says.

The tech team and CTO Vaibhav Verma were initially able to build a self-learning system that could analyse voice conversations and tag every part of the conversation into dimensions of a sales playbook.

Using Automatic Speech Recognition (ASR) technology, the team could detect and analyse every conversation that a salesperson had with their customers via phone or video conferencing.

In the initial days, the system would detect customer emotions, the context of the conversation, and identify frequent objections/concerns. This would provide sales managers with better visibility to see how their reps were “sticking to the script” and where they needed to improve.

The initial prototype was able to detect signals during sales conversations, but was unable to solve the larger problem of lead loss. This was because post-facto analysis in sales cannot change the fact that a potentially good customer was lost due to ineffective handling by a sales rep.

Bringing in the conversational layer

Surga says they “understood the need to not only analyse conversations but also build a decision engine” that could respond to these signals in real time and assist sales reps in navigating conversations.

Citing an example, she says if the system detects a customer is unhappy on hearing the price of a product, it is more beneficial to inform the sales rep to offer a discount in real time.

“This was a huge technological challenge as it essentially involved crunching significant amounts of data from multiple data sources in milliseconds. If we were unable to do so, the opportunity to alter the conversation would be lost,” Surga adds.

Being able to assist sales reps with real-times cues and insights amidst sales conversations was vital to success.

Learnings from the initial prototype

When Salesken started deploying the initial prototype for clients, they realised that most sales software had poor adoption due to the lack of incentive for the frontline representative. They were less interested in using a solution that catered only to their manager's needs.

The team realised that they needed to provide real-time insights to help them close deals more effectively for sales representatives to use their solution.

“We realised that even if the end user had very little say in the buying process, they do define a company's success. If your product does not align with their goals and incentives, it is bound to fail,” Surga says.

The tool now became more of an “assistant” to the sales rep instead of a dashboard for their manager. Apart from real time cues, the team had to build a front end with dialler functionality and a user interface so reps could receive these cues.

For almost a year, Salesken ran as a desktop use case. Surga says this helped them gain the insights they needed. The team not only analysed calls for gaps, but also fixed them with real-time assistance.

“Sales folks work on an incentive mindset. A product like Salesken, which helps them win and close more incentives, was considered very valuable. Our users are always asking for more cues and have adjusted their user behaviour to talk and read/use cues,” Surga says.

The team soon identified that it needed to improve different aspects of the product. The first step was to have more complex data science models.

"We moved from keywords to phrases to meaning-based understanding of conversations. We now operate at inference level. Salesken is today able to understand metaphors and abstractions spoken a lot faster and a lot more accurately than a human being.”

The second step was taken amidst the COVID-19 pandemic when existing cloud telephony players were unable to provide a comfortable form factor to reps. This time was used to build the Salesken mobile app with the idea of a distributed contact centre.

Many sales reps didn’t have access to office laptops or PCs. The mobile app was immediately accepted by reps as it gave them a high degree of flexibility. They could move around while attending to calls and also read cues as they spoke to customers.

But creating this complex technology system and getting it to work on an average low cost device with very low internet bandwidth were challenges.

Larger cloud-based peer-to-peer software platforms such as Zoom, Teams, Skype etc work well on sophisticated machines such as a mid to top-range laptop. However, an average sales rep in India does not have that kind of hardware or software at their disposal.

“We had to re-architect the system to ensure that sales reps get that kind of functionality on their smartphones through our solutions. We took the functionality and put it on the cloud in a way that it could be processed from the cloud. It was a challenge to detect the audio quality while building a cloud-based refinement system. Cost effectiveness also becomes a challenge when moving such a complex system to the cloud,” Surga says.

The founder says the Salesken solution provides real-time cues and insights, allowing them

“to navigate and close more deals from their homes”.

Surga explains that Salesken’s technology has seen a massive uptake as more field sales teams are forced to transition to inside or remote sales, due to forced lockdowns and restrictions on travel.

“Sales reps that used to rely on in-person meetings cannot continue to do so. Reps focused on inside sales face the lack of proper infrastructure as opposed to when they were working from offices. Meanwhile, sales leaders are struggling to keep track of their teams’ sales performance and provide guidance remotely,” she says.

The conversational AI startup claims to have helped enterprises and businesses address such issues and maintain business continuity.

The reps work with basic technology infrastructure such as a low-cost smartphone. Sales managers have the advantage of viewing a dashboard that not only shows them the number of conversations but also allows them to monitor their quality.

“We have introduced various new features on the platform such as integration of video conferencing tools like Zoom to ensure they can use our technology with the new way of selling,” Surga explains.

Salesken’s algorithms, apps, and the core backend have been built in-house. The three functional areas the team had to focus on were data sciences, front end, and quality assurance.

The team now claims to assist over one million minutes of sales conversations every month. It captures customer interactions, understands what is being said in these conversations, and delivers actionable insights to sales teams to better engage customers.

This has given the company a 400 percent increase in the customer base, 3x increase in active clients, and a massive jump in revenues. Salesken has also made inroads in North America and Southeast Asia and is looking to leverage its growth in India to strengthen its position in the foreign markets.