The importance of offering psychosocial support during the pandemic 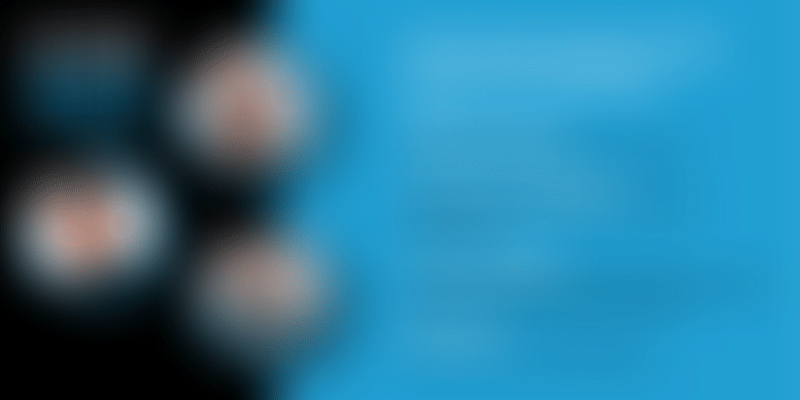 As the COVID-19 pandemic continues to affect both India and the world, the impact is being felt not only on our health and economies, but there is an unprecedented increase in the number of people reporting mental health issues, which has become a significant cause for concern. With symptoms like anxiety, depression, sleep deprivation and appetite disturbances being reported in large numbers each day, their impact will be felt differently across different population groups.

While children, the elderly, pregnant women, people with pre-existing mental illnesses, people living alone and families of those who have died in the COVID-19 pandemic are among the most visible sections needing support, there are those that are already marginalised in our society who need special attention. This includes Persons with Disabilities, women and people from the LGBT+ community.

As part of YourStory’s Let’s Talk Health series, a special episode on the importance of offering psychosocial support during the pandemic explained how medical professionals, organizations and policymakers can play their part in this effort. Held in association with the United Nations Development Program, the panel included Nadia Rasheed, UNDP Deputy Resident Representative in India; Amrita Madiah, Head of Talent Development at Adobe India, and Dr. Sameer Malhotra, Director, Mental Health & Behavioral Sciences, Max Hospitals, and was moderated by Dipti Nair, Editor-at-Large, YourStory.

Setting the context for the debate, and how vulnerable groups were at a greater risk, Nadia said, “What we've seen with COVID is really unprecedented, both as a health crisis and a development crisis. At the same time millions of people have been impacted by the economic shock that's emerged from this crisis. But there are those who are already marginalised, who are already vulnerable, and are suffering in measurable ways.”

Among those who have been the worst affected are those who rely on a daily wage, people working in the informal sector, tribal communities, people living with HIV, LGBT+ communities, sex workers, people with disabilities, and women. Even before the pandemic, these groups were facing strong levels of stigma and discrimination and challenges in terms of access to their livelihoods and healthcare.

“It's especially important to recognise that the very unique circumstances that we're in right now have created a lot of anxiety, a lot of fear that also needs to be addressed,” she said.

The onset of the pandemic has also led to significant fear of contracting the disease just by leaving the house. “People who would visit the hospital for psychiatric help are now hesitant because of the fear of infection. However, this has led to the rise in helplines and the rise of telemedicine and people are consulting from the safety of their homes. This will be a good thing in the long run,” says Dr Sameer.

He said that there was a parallel pandemic happening, which was evidenced in a study that they conducted post the outbreak. Out of a 1,000 respondents (55 percent women and 45 percent men), it was found that more than half were showing symptoms of extreme anxiety, and almost one in four were diagnosed as clinically depressed, with some admitting to suicidal thoughts.

“When we talk about clinical syndrome of depression, it means you have a sustained sadness, a lack of interest in activities which were once pleasurable to you, and you would also be experiencing fatigue. Of these three core symptoms, if two are consistently present, for at least two weeks and more, then you fit into the diagnosis of clinical depression,” he said.

Dr Sameer said that it was important for people who were vulnerable to get empathy, whether it was at home or the office, without being judged.

Empathy at the workplace

Speaking about how organisations can support employees at this time, Amrita said, “The first reaction we had to this situation was thinking what we could do to make everybody comfortable. There was no playbook, no precedent for something like this. There was a lot of learning on the way. We ran a lot of benefits for everybody and not specifically for one group versus the other. I'd like to believe that that actually gave us a huge filip when employees realised the organisation cares for them as individuals.”

Speaking of support for the gender minorities, she said that within Adobe, there were various Employee Resource Groups or networks called Adobe Crowds, where people came together to discuss the issues they were facing and share their challenges with their peers. “People from the LGBT community no longer have the option of getting together with their network in the privacy of a meeting room at the office, where no one know what you are discussing. If you have not come out to your family, then discussing certain things from the home can be challenging, which can lead to a greater sense of isolation and stress,” said Amrita.

The panel was unanimous in their view that the key to providing support during this time was to destigmatise mental health issues and offer empathy to those who needed it.

“We have a lot of work to do in destigmatising mental health and in really promoting empathy and understanding, so that we can help people better cope with the stresses that they're facing. It's one of the first things we need to do to be able to respond better and address the needs of marginalised communities to ensure there is access to quality services, and that these services are affordable,” said Nadia.

“We've heard from Dr. Sameer that there is such a stigma around mental health. But it really creates a massive barrier in terms of being able to reach out and speak comfortably about what they're going through in terms of their access to health services. And this is not unique to India, this is a challenge and we have a lot of work to do around the world,” she said.

Dr Sameer said that offering support was something that each of us could do by simply ‘giving discounts’.

“Let’s not be too judgmental and over reactive. Let’s give that little leeway for someone to express their feelings. Whatever has accumulated in their mind of the other person is out of fear of being ridiculed or rejected, or disagreed with. Realise that you are not struggling alone. If we have a sense of empathy and gratitude, and are able to give back, those thought processes will definitely lift your mood. In India, we love discounts...so give emotional discounts in your relationships, give discounts to children, and most importantly to yourself.” he said.