Meet the Bengaluru man with the ‘world’s biggest’ HIV family 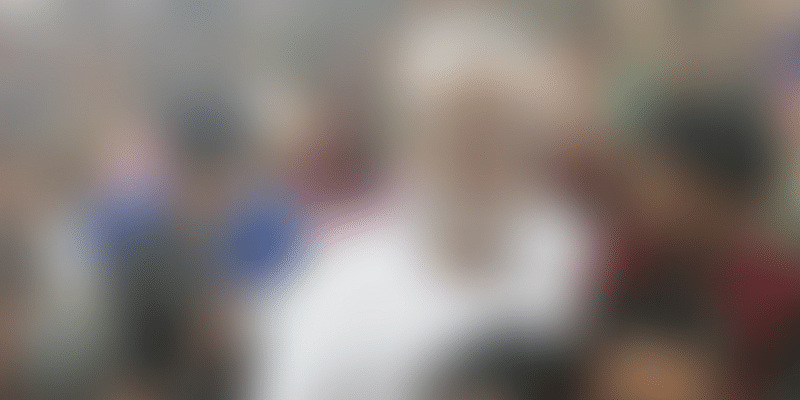 Bengaluru-based industrialist Murali KG is ‘father’ to over 200 HIV infected children. The 58-year-old started 'Children of Krishnagiri' a decade ago.

About 100 kms from Bengaluru, in Krishnagiri-- a picturesque town surrounded by the hill rocks of Tamil Nadu-- over 200 children call 58-year-old Murali KG appa (father in Tamil). “I always claim I am the world’s biggest father [sic] because I have got more than 200 children calling me appa,” says Murali, an industrialist.

All the children are HIV infected.

The town is a classified ‘A’ town for its HIV status. According to the Association for Rural Community Development (Arcod), there are about 250 children infected and around 4,000 children affected by HIV / AIDS in the district.

Murali has one strong resolve-- no child must die due to HIV.

“Last four years what we have been saying is -- no child will die because of HIV. Because we had a lot of children dying in the earlier stage and it took us some time to take charge of this. So now we have stopped that (the deaths) I would say, barring one or two (who) we lost to cancer or other things,” says Murali during a chat with YourStory Founder and CEO Shradha Sharma. India is estimated to have had over 22,000 HIV positive women who gave birth in 2017.

The ‘Children of Krishnagiri’ initiative has a tie-up with St. John’s Hospital in Bengaluru for medical interventions and to maintain updated medical records of the children.

“They (the children) did not have any medical record(s) so we tied up with St John’s Bengaluru. They agreed to (come on board), though we were outside the state because the doctors by then had become very friendly with us.

“We lost some of the children, it took us about 1.5 years to get all this medical record(s) straight. We had a file for the child which said where he or she is standing. The ball was rolling in I think about five years down into the thick of things,” says Murali.

How it all started

Murali KG has been an entrepreneur for over two decades; he always looked for ways to participate in social work. He moved to Bengaluru from Coimbatore about 15 years ago, when his daughter enrolled in a city college for her undergraduate studies.

“Earlier I was managing a leprosy home in Coimbatore where I lived. So other than stray incidents of helping people, finding people from accident spots and all that, I think the real structure came in when we started the leprosy home in Coimbatore. And that became a real training ground because you are taking responsibility, you are defining what you need to do, what interventions are needed.

“So we managed that quite well. We built a community hall, we built toilets for them, we managed their food and the next generation came in and took over. Their children were not affected by leprosy, so slowly our job got reduced,” says Murali.

In Bengaluru, Murali knew he would have limitations working in the field as far as social work was concerned, since he did not speak the local language Kannada and started consulting friends on how he could contribute and give back.

“When we moved into Bengaluru for my daughter’s graduation, I felt a little lost without any major work in hand. So I told a friend of mine-- ‘give me some work’ and I don’t speak Kannada so I had a limitation to go and work in the field here. So he said he had started a project called ‘Gift a Future’ in Tamil Nadu and Krishnagiri was also one of the areas,” says Murali. The project helped fund the education of children in private schools who were on the verge of dropping out due to monetary constraints.

“While I was working with that (project), the coordinating agency was an NGO called Arcod which is Association for Rural Community Development. So I had to meet them and the founder of Arcod (VR) Keshavaraj  said there is a bigger problem here (in Krishnagiri) while the (issue of) school fees is important. So that’s when he talked about HIV and HIV was a new area for me,” Murali reminisces.

A date with destiny

Naturally, there was an initial hesitation since Murali, self-admittedly, was a novice in the area of HIV. He was asked to spare a couple of hours by Keshavraj and taken to a hut off the highway where he found four children playing.

Among them was Durga, a 6-year-old HIV infected girl whose parents had died. The father of the three children, an impoverished chips seller, had adopted Durga.

The conversation that followed between the father and Murali left him speechless and he felt ready to take on the unknown.

“How did you do it (adopt an HIV infected child) given all your economic challenges? I wouldn’t have been able to. He said -- there was nobody sir, so I took the child,” Murali remembers the simple but life-changing exchange. He promptly told Kesharaj there and then: “I am in, whatever we need to do we are starting this.”

Murali got nine of his friends on board and together they started the ‘Children of Krishnagiri’ initiative.

“We found children completely malnourished, they didn’t know the regime of taking medicines on time, (they were) completely unaware and they were just being allowed to die,” Murali recounts the early days.

Soon, a nutrition kit for the children was designed in consultation with professionals, counsellors brought in to discuss the stigma factor associated with HIV, and doctors roped in to explain the importance of medicine.

Home for the orphaned

A few years in, Murali realised the importance of a shelter or home especially for the orphaned. Starting with a rented place, Children of Krishnagiri has now built its own home for the children, which has been funded by French multinational Saint-Gobain.

The orphaned HIV infected children were “either badly treated by the relative (they were staying with) or there was nobody to take care (of them). So we brought all these children to the home,” says Murali.

The home can accommodate 25 children at a time, which he believes is the maximum number of children who would need a shelter at any given point in time. It is equipped with a kitchen and also has an auditorium. The kitchen has been funded by The Midtown Chennai. “There were many corporates also who heard our story and they were chipping in, but right through the journey at no point I have stopped a treatment of a child or stalled a project for want of money, because I strongly believe that if your heart is there, money is just a middle class insecurity of normal people like me,” says Murali.

One of the popular methods of fundraising deployed by Murali has been walking 90 kms from Bengaluru to Krishnagiri, which he has done about half a dozen times over the last five years.

Quitting his job in the US, this Delhi boy built a billion-dollar startup in India from scratch

Connecting with the divine

Murali strongly believes that it was some sort of divine intervention that got him into this work. He says, “It is a blessing because this wouldn’t have been normally possible by a normal thought. Some intervention somewhere in the space outside has happened. I am a little agnostic [sic] so I don’t put a name to it but some intervention has happened that pushed me every day, that I couldn’t move away from a child.”

Working with the underprivileged, especially children, helps connect with the divine, believes the 58-year-old who says his life would have been a “big bore” had it not been for the ‘Children of Krishnagiri’. “So if you see my wife is a Montessori teacher and we have a daughter with two grandchildren, they live in the US. Our life would have been pretty boring I keep saying.

“When you do this kind of work you start connecting with the divine,” Murali says.

Since 2015 the initiative has taken all the 232 infected children in Krishnagiri into its fold. From 2017, the programme extended its nutrition support to HIV infected children in Dharmapuri, Tamil Nadu as well. The ‘Children of Krishnagiri’ initiative has a vision of extending the project to the state level in the future. It also plans to bring in a structured education process for these children to help them secure jobs when they grow up.