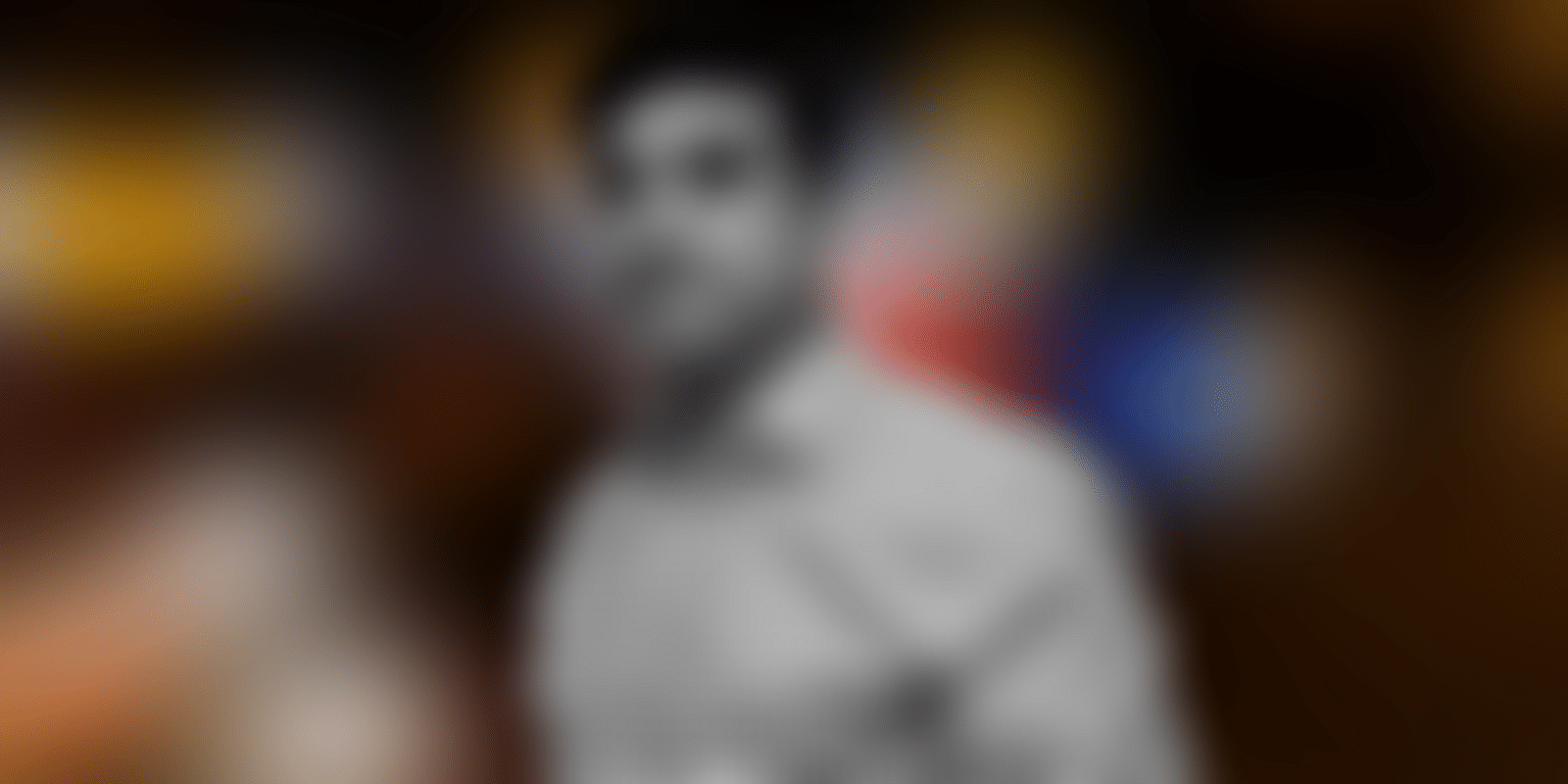 Even as several businesses across sectors continue to struggle amidst the coronavirus pandemic, Bengaluru-based startup WOW Skin Science only seems to be going from strength to strength. Word on the Street is that top private equity firms want a piece of the bootstrapped, homegrown consumer-internet brand, and are looking at investing in the company, which has offices and markets both in India and the US. It’s no wonder that investors are seeking them out, the startup has been on a roll. It has been witnessing phenomenal growth, with its revenue jumping a whopping 18 times over the last four years to Rs 340 crore in the financial year ending March 2020. Its apple cider vinegar shampoo is the highest selling product on Amazon in India and the US. And, last month, the company roped in Bollywood actor Disha Patani as its first brand ambassador for its haircare range.

“We are just scratching the surface. Abhi toh sirf trailer hai, picture abhi baaki hai. (This is just the trailer, the film is yet to come),” says WOW Skin Science Co-founder Manish Chowdhary, during a recent conversation with YourStory Founder and CEO Shradha Sharma.

Fit & Glow which operates the WOW brand was launched in 2014 by two brother duos — Manish and Karan Chowdhary and Ashwin and Arvind Sokke.  The WOW portfolio has over 200 personal care and wellness products, which are sold through its own website and app, as well as via major ecommerce platforms such as Amazon, Flipkart, and Nykaa. Its products are also available in offline stores across more than 5,000 department stores and pharmacies across India. After successfully creating a name for itself on the internet, the company wants to strengthen its offline presence and aspires to become a global brand.

To become a truly iconic brand, offline presence is important, he stresses.

He adds that there is interest from several international markets and it is only a matter of time before the WOW brand expands its reach beyond India and the US.

“In the long-term, a large global brand is what we aspire to be. It will happen. It’s a question of time. But it will be there (across the globe),” he says.

Manish believes Indian products have a good shot at becoming successful global brands, especially with so much intrigue around the country, its history, and culture. Successful and popular imports like ayurveda and yoga show that people are willing to accept Indian things with open arms, he explains. The only thing standing in the way, he says, is: “We as Indians discount us too cheap [sic].”

Coming to the WOW brand, Manish says that he believes that it still has a long way to go, but it’s definitely off to a good start. “It will be wrong to say a brand like us has reached (its potential) because there’s lots to go still for us [sic]. It has a good chance of becoming an iconic brand coming out of India.”

Manish is extremely grateful for the launchpad the internet provided the WOW brand. “If digital wasn’t there, we wouldn’t be there,” he says, while candidly admitting that with a traditional offline format launch, it would have taken customers 15 years to get to know the brand.

The internet has created a level playing field for distribution for startups and legacy brands alike, he adds.

“On the internet, a legacy company versus a WOW online is at par. Offline, of course, we are nowhere to be compared with them.” Manish reminisces that back in 2014 when Amazon approached the startup to have its products listed on the ecommerce giant’s platform, initially there was scepticism. “Initially, we thought this could cannibalise our business, but soon realised their (vast) reach would give us a level playing field with legacy players,” says Manish.

The digital format of business has also successfully managed to nearly eliminate the communication barrier between a brand and a consumer, he points out. The internet allows a customer to come and ask the brand direct questions about a given product before they make the purchase — something that was almost unprecedented in the pre-internet distribution era, Manish says. “One doesn’t need a mediator to come in between and influence the sale anymore.”

The format is also unforgiving and one cannot get away with making tall promises and not delivering on them, because customers will call you out in their reviews and comments. “We’ll give you the best formulations. But, we are not going to promise you that we will grow your hair back, we won’t promise you that we’ll stop your greying,” says Manish, while adding that honesty and transparency are critical in being able to differentiate oneself from the 24,000-plus brands fighting for the customers’ attention online.

The digital medium also provides the advantage of providing data analytics to show what the customer exactly wants, and that is key in shaping a successful strategy, Manish says.

“It’s very important that you shift from being a company which you want to sell to your consumers [sic] to what your customers want to buy,” he adds.

Quitting his job in the US, this Delhi boy built a billion-dollar startup in India from scratch

In 2015, Manish flew to the US as many as nine times to meet formulators and scientists for creating WOW’s popular sulphate and parabens-free apple cider vinegar shampoo.

Around the same time, he happened to be speaking to some investors who called him “crazy” for wanting to launch a shampoo in an already cluttered market.

It took the company more than a year to formulate and launch the shampoo. But all the hard work paid off and the product became a hit, silencing all the naysayers. The apple cider vinegar formula became the company’s 'hero product.’ It has several popular offerings made out of it, including a shampoo, face wash, moisturiser, as well as a drink.

Finding the ‘hero’ was the first part of the job, pricing it right was the second and other crucial aspect for the building the apple cider vinegar product range.

At the time of the launch, one of WOW’s large competitors was selling a 200ml bottle of apple cider vinegar shampoo for Rs 1299, the startup launched theirs at Rs 399.

“India is always going to be a value market, such a large market, we are the land of the cheapest Coca-Cola in the world. And we are 2X more than our competing brands on the quantity and the price point. These are some key hurdles (to cross) while differentiating yourself from 24,000 brands competing online,” says Manish.

Interestingly, the apple cider range had started as a drinkable product, but data analytics showed that customers were using it for their hair and on their skin. And thus, the apple cider vinegar shampoo — one of the company’s most loved products — was born.

Manish says WOW is not interested in short-term gains and they are 'in the game' for the long run.

“We built a lot of customer obsession in 2017-18, forgot about bottom lines, we knew if we correct our product [sic] and the experience to our customers, we would stand out.”

WOW is yet to post a full-year profit on its books.

The company has remained bootstrapped until now, despite fundraising opportunities in the past. “We had a lot of opportunities in 2016-17 to raise money but I think we got lucky because we were always close to profitability from Day 1. It's not been a high burn (business). Also in our sector — in consumer brands — you should be transactionally profitable pretty quickly. If you are not, then there’s something wrong,” says Manish.

One of the primary reasons that WOW decided not to go for venture capital or private equity money early in its journey was because it wanted to enjoy the freedom of not having any constraints from the investors’ side.

“I think it was more of failing at my cost and the freedom of what I would have had, which I didn’t want to lose that time. Today, I can have any large private equity or VC coming on board and show them a direction where we can go. When you are clueless on where you are going, you are trying and failing so much, venture capitalists or a PE would go nuts that time,” says Manish.

It is imperative to get the product and the brand story right before onboarding VC or PE money, he adds.