Tech story of 2020: How the pandemic shifted Zoom’s ‘mental framework’ from enterprise to B2C 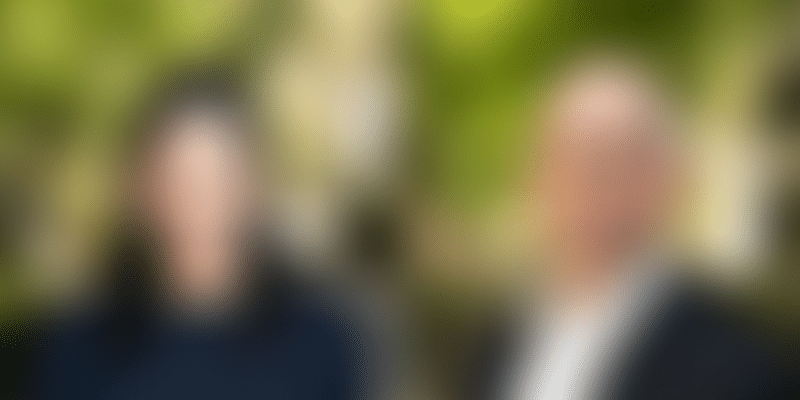 Zoom executives Aparna Bawa and Abe Smith talk to YourStory’s Shradha Sharma about the good, bad, and ugly of being the most important brand in the pandemic.

Shortly after the coronavirus outbreak was declared a pandemic by the World Health Organisation, another pronouncement happened.

AdWeek touted Zoom as the ‘King of the Quarantine Economy’ for its stupendous growth between December 2019 and March 2020.

The video conferencing platform gained immeasurably from the worldwide lockdowns, which made remote collaboration the ‘new normal’ everywhere.

By April, Zoom was a part of everyday lexicon. Its daily meeting participants shot up dramatically from 10 million to 300 million in four months. Literally everyone was getting on a 'Zoom call' for nearly everything.

How did the Silicon Valley startup deal with this sudden fame and ubiquity?

Zoom’s top executives, including Founder Eric Yuan, have gone on record to say that it was “unprecedented”. For a primarily workplace collaboration tool to suddenly emerge as the backbone of pandemic communication was both new and challenging. But it was also humbling and surprising.

“We were surprised and humbled by the fact that the service took on so much meaning for businesses, schools, government, healthcare, and just about every use case you can imagine. The world has taken Zoom to a place we couldn't have imagined,” Abe Smith, Head of International Markets, Zoom told Shradha Sharma, Founder and CEO of YourStory, in a recent conversation.

Smith was joined by Aparna Bawa, COO, Zoom, who says that “it was an incredible privilege and obligation” for Zoom to provide a platform that allows that type of human connection when it’s “sorely needed”. “You can see the person’s expression and feelings; you can have a very human connection over Zoom. That’s been a tremendous privilege for us to provide,” she says.

In the conversation, Abe and Aparna touch upon Zoom’s meteoric rise in the pandemic, the good, bad, and ugly of it, the explosion of use cases, the challenges of global growth, rising competition, and the India opportunity.

The growing adoption of Zoom in all corners of the world also meant that the platform was subject to more misuse and scrutiny.

As usage ballooned, with Zoom enabling weddings, birthdays, “heartfelt funerals”, bar parties, gym sessions, health consultations, schooling, and tonnes of other use cases the company would have “never anticipated”, the cracks in its privacy and security infrastructure also started to widen.

Several ‘zoombombing’ incidents — that involved uninvited guests crashing into virtual meetings — account hacks, and other privacy breaches surfaced. Many state authorities even called for a complete ban on Zoom.

However, the company took it chin up, outlined a ‘90-day security plan’, and even acquired security tools to fix those issues. Most importantly, Zoom simplified its platform for regular users, who weren’t as technically sound as enterprise customers.

“With the increase in usage, we realised that we had to essentially become the world’s IT department - if you will. And that presents a challenge for a company used to selling to IT departments that like the control for themselves… If you are the host, you can see them on a security icon at the bottom of your user interface. It keeps all security features in one spot, so you don’t have to go find them in different places on the UI.”

Zoom also extended its free version to K-12 schools around the world. Education, in fact, became one of its leading use cases in the lockdown. To make a “firmly” enterprise collaboration tool fit for everyday consumer use, Zoom practically “had to shift the mental framework” it had started with.

Aparna elaborates, “For our education component, we made passcodes and waiting rooms mandatory. That’s important because what was happening in the school situation is that teachers who had no guidance would turn off the security features and then people would come into meetings, especially if those were public. We not only made changes but also educated the teacher base.”

“We have also announced end-to-end encryption and are rolling out a beta in the next couple of months,” she adds.

Along with Zoom’s growth, the misconceptions around its country of origin also mushroomed. The founder’s roots in the Far East seemed to haunt the company in countries where geopolitical tensions with China were rising.

In India too, the Supreme Court received pleas to issue a blanket ban on Zoom. The call for homegrown video meeting alternatives grew louder by the day.

“I would say that we are an American company. We’re traded on the NASDAQ. Our founder is ethnically Chinese, but he has lived in the country since 1997 and been a US citizen for a very long time. He started this business in the US [in 2011], and has contributed significantly to jobs in the US and globally.”

Interestingly, Zoom stock on NASDAQ more than tripled from $73 in January to $243 in June, making its founder richer by $11.5 billion this year.

Aparna says that Eric's positivity and appetite for feedback rubs off on his employees.

“My favourite thing about Eric is that he doesn’t look at situations for the here and now. He is always about three or four steps ahead. We've weathered a lot of criticism... But the one thing he keeps saying is, ‘When you look back in 10, 20, 30 years, what will you say about the legacy of Zoom? I think that has been the true north we continue to operate with.”

Like most Silicon Valley tech companies, Zoom is now looking India-ward for growth. The market already accounts for its second-largest user base.

In a recent public interaction, Eric underscored the importance of a “local strategy" in global expansion. Zoom recently announced the opening of a new technology centre in Bengaluru, and is looking to “hire extensively”. It already has two data centres in Mumbai and Hyderabad, and an office in Mumbai.

“Most enterprises around the globe want to connect to India, and we want to be that connective tissue providing the connection. India is one of the largest operational hubs in the APAC region. It has some of the best tech talent out there. So it’s a no-brainer for us to invest in India.”

Zoom’s focus is on building a seamless video product that “just works every time” you launch it, enable ease of use, and attract all kinds of users — enterprises, government, educational institutions, vocational trainers, etc. But it isn’t easy to operate in a “difficult” and uber-crowded market that is adding newer players each day.

“Both in people and infrastructure technology, there’s a bright future for us in India. As long as we can continue to focus on developing the right partnerships and servicing the right customers, there's a lot of room for growth in the SMB space, mid-market enterprise, government, and education. And in general consumer uses, we saw a 67-time increase in the use of free accounts. Our paid users went up four times. We continue to work closely with the Indian government, because we want to be productive.”

What about rising local competition in the video conferencing segment? And the emergence of Zoom lookalikes… Does it trouble the market leader?

Aparna weighs in. “We’ve been competing with some large legacy tech providers since we were founded in 2011. But the quality, connection, and user experience that Zoom provides is what makes it special from a technology perspective. UI is just one aspect of that. What goes into it is an innovative scalable architecture and a global network. We have the ability to deliver a level of service that is beyond what you see on screen. Competition doesn’t necessarily bother us. It makes us stay more nimble.”

Abe signs off by saying, “The truth is it’s a hard product to build. We spent nine years creating a platform that can scale at this level and deliver frictionless video in a simple and secure fashion. If we can do it in a way that everybody gets access through either free or paid accounts, we’re on to something.”

And Zoom, which is arguably the tech story of 2020, is surely on to something!