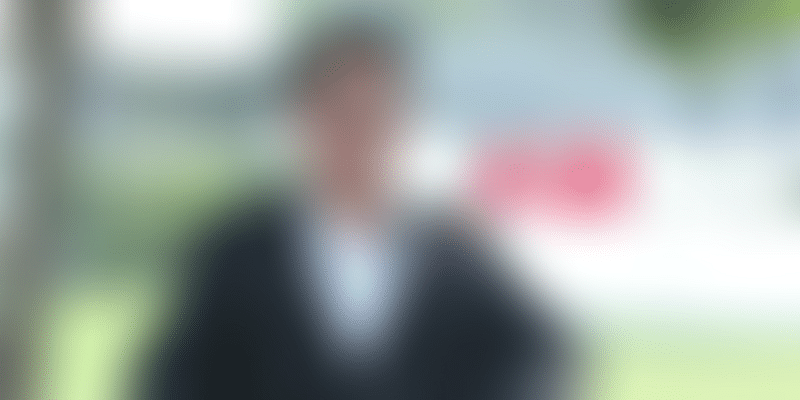 Amway India CEO Anshu Budhraja says people are becoming increasingly health conscious amidst the pandemic and coming to realise that ‘prevention is better than cure’.

The key trend sweeping the nutraceutical industry in India as well as across the globe revolves around immunity and nutrition, says Amway India CEO Anshu Budhraja. A trend that was already gathering pace has now only picked up more speed, in these unprecedented COVID-19 times. Boosting one’s immunity and general wellbeing has perhaps become the topmost priority for most, as the entire global population continues to fight the deadly virus, which has left over a million people dead.

“Who wants to be called a patient? You know you don't want to go to a hospital anymore and gone are the days where we felt comfortable to go to a hospital, to approach a doctor. Today you are in self isolation, so self-care to my mind is the new way to care,” Anshu points out during a chat with YourStory Founder and CEO Shradha Sharma. With a vaccine still seemingly some time away, most people continue to try and stay in and avoid public spaces as much as possible.

Coming back to nutraceuticals, it is a broad term used to describe any product derived from food sources that has extra health benefits in addition to the basic nutritional value found in foods.

“A nutraceutical is any substance that may be considered a food or part of a food and provides medical or health benefits, including the prevention and treatment of disease. Such products may range from isolated nutrients, dietary supplements and diets to genetically engineered ‘designer’ foods, herbal products and processed foods such as cereals, soups and beverages,” according to Dr Stephen L DeFelice, the Founder and Chairman of the US-based Foundation for Innovation in Medicine, who coined the term nutraceutical from the words nutrition and pharmaceutical in 1989.

Research firm MarketsandMarkets estimates the nutraceutical ingredients market to be valued at $162.1 billion in 2020, projected to reach $227.5 billion by 2025, at a compound annual growth rate (CAGR) of 7 per cent during the period. The Pune-based research company states that growth of the market is driven by factors such as a spurt in the demand for fortified food owing to the increasing health consciousness among consumers, while adding that key drivers for the market’s growth include increasing incidences of chronic diseases worldwide and mandates on food fortification by government organisations. Fortified food has added nutrients that don't naturally occur in the food.

Anshu concurs that people are indeed becoming increasingly more health conscious and are coming to realise the truth behind the adage -- prevention is better than cure. Amway, which is the world’s largest direct selling company, manufacturing and distributing nutrition, beauty, personal care and home products, has been betting big on nutraceuticals. Its nutraceutical products brand Nutrilite contributes over 50 per cent of its India business revenue, accounting for more than Rs 1,000 crore. Nutrilite is a globally renowned brand for vitamins, minerals, and dietary supplements. Its traditional herbs range includes Tulsi, Brahmi, Ashwagandha, Amalaki, Vibhitaki, and Haritaki.

The resurgence of Ayurveda

“From an Indian perspective today, even my kids are talking about ayurveda. I mean they are going back to the roots of what was created thousands and thousands of years ago and we are going back to being familiar with what was around us in different elements. I would say there is a resurgence from a consumer preference (standpoint) because it comes very naturally to us, recommended by moms,” says Anshu.

According to MarketsandMarkets, the Asia Pacific nutraceutical ingredients market --projected to be the fastest growing for the forecast period (2020-25) -- is "completely driven by India."

The country is also projected to be the fastest-growing in the region for nutraceutical ingredients due to changing lifestyles and dietary patterns and growing awareness about nutrition, it states. It goes on to add that rising hospitalisation costs are also driving the consumer demand for supplements and other nutrients such as vitamins and minerals, to maintain their health. Consumers in the country are now willing to spend an additional amount for fortified products, which has increasingly helped manufacturers of nutraceutical ingredients to find a substantial market opportunity, according to the research firm.

“I think affordable healthcare along with ayurveda, those are the two big foundations which the Indian consumer has laid for themselves, which to my mind, redefines the landscape of the nutraceutical industry. We already have a range of ayurveda products and we are creating a new science and innovation team along with an R&D (Research and Development) centre which will help us accelerate our journey when it comes to affordable healthcare and ayurveda,” says Anshu.

Sales of immunity-boosting foods in India are estimated to have nearly doubled during the pandemic. According to a Google report, there has been a 6X jump in online searches for such products, with ayurvedic home remedies, giloy and vitamin C dominating the searches. An April report by American research firm Nielsen’s India arm had shown that 56 per cent consumers said they would increase spending on healthy and organic food, medical needs, fitness and medical insurance.

Recently, FMCG (fast moving consumer goods) giant ITC tied up with Amway India to expand the distribution network for its products in the health and nutrition space, starting with its new immunity beverage.  As part of the understanding, Amway India through its micro-entrepreneurs and its direct selling distribution network will sell ITC’s ‘B Natural’ packaged fruit beverages with immunity boosters. The two companies are also in the process of developing and launching other products in the health and wellness space with immunity emerging as a major focus area for both the companies.

“The best thing in the crisis is to make sure we create new opportunities for innovation, so we are putting in a lot of money towards innovations, and ITC is a great example, where we are investing through a collaboration, where our backend science and innovation team is working with them to develop new formats to bring supplements on your breakfast table,” says Anshu.