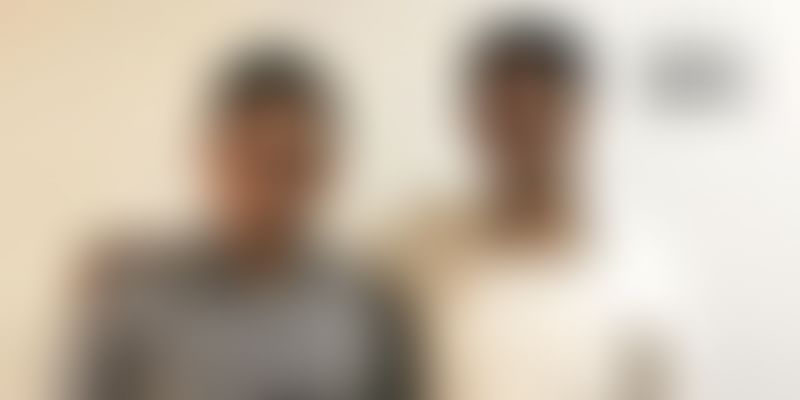 “I am from Tier III India. I grew up in a place called Bapatla in Guntur district, Andhra Pradesh. I moved to Ranchi and then stayed at Dankuni, West Bengal. In total, I have stayed and worked in around 20 states. I am now trying to build a logistics network on the places that I have stayed in. For me, entrepreneurship was not the first choice,” says Raghuram Talluri, Co-founder of the logistics startup LoadShare.

In a conversation with Matrix Partners India Director Rajinder Balaraman, Raghuram adds that his decision to become an entrepreneur happened over time when he saw an opportunity he believed in, and understood the basics of building something from scratch.

While working at the fashion ecommerce startup Myntra, Raghuram gained experience in logistics and felt that there were a large number of SMEs who did all kinds of courier logistics — delivering bank account statements, credit cards, etc.

“There are small transporters who have a few trucks. But, I felt that they were not being fully leveraged. So the idea was to look at ecommerce supply chain and see whether we can apply technology to the larger world of logistics and work with the small logistics partners, complement their strengths by having an all-India presence, and have a local understanding and a fantastic cost structure. And marry that with technology, figuring out a professional way of working, and an ability to generate demand,” he explains.

1) LoadShare provides them access to top-up demand in addition to what they are already working. The quality of this demand is better than what they can generate for themselves.

2) LoadShare can give them professional work practices that are hardwired through technology. “And in effect, our partner value proposition is to make them 10x bigger and better, and without compromising their identity,” he says.

Explaining what the value proposition needs on the customer side, Raghu says,

“They need to reach their destination. And they need great service and cost trade-off. Here we are 95 percent of the gold standard, but we are offering it at a 60 percent cost. That’s the sweet spot that we offer to many of our customers. We believe that there is a very large market who values this particular service-cost trade-off. In certain other segments, they don’t like the service levels that they are getting.”

Speaking about what Matrix Partners India saw in LoadShare, Rajinder says that when Raghu presented his vision, it was refreshing because he was talking of a different segment in the market altogether, where the demand density was very different, and where reach and cost were bigger issues.

“We saw that most the growth in ecommerce and digital segments happened in Tier II and III markets in India, and it accelerated to become a much larger percentage of the overall market over the next five to seven years. A key component of that would be a company like LoadShare being able to fulfil the demand that was being generated,” explains Rajinder.

“We think that in India, demand is not a challenge. It’s a problem statement of who is going to get the demand across to the end customer in the most acceptable cost-wise and service level-wise manner. So that’s why we said let’s think about how you get the supply partners on board and how do we create a very compelling proposition for them.”

Listen to the podcast here.