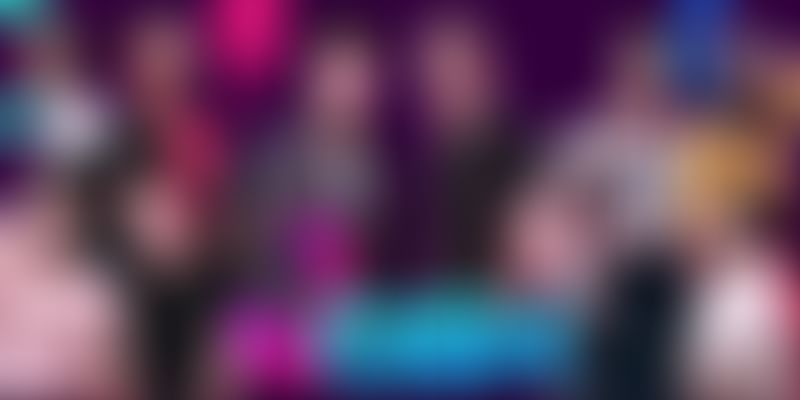 The app, which has been trending at the fifth position on Google Play Store with more than 50 million downloads in a matter of 45 days of its stealth mode, is all set to fill the top spot of content creation apps that fell vacant following the ban on Chinese app TikTok.

Ever since the government’s ban and its subsequent Aatmanirbhar Bharat App Innovation Challenge, there has been a rush by Indian app developers to make hay while the sun shines. For Dailyhunt though, Josh is the result of persistently chipping away at the local language market opportunity since seven years. The conditions of the past 60 days has only proved that there’s gold at the end of the tunnel.

The inside story: why Viru of Dailyhunt got Umang Bedi to be his co-founder so late in the business journey

“We reached 23 million daily active users (DAUs) in a matter of 45 days of our beta launch,” says Co-founder Umang Bedi in an interaction with YourStory. In contrast, it took over two years for Dailyhunt to achieve similar traction with its DAUs, and as Founder Virendra (Viru) Gupta adds, “I lost half my hair doing that.”

Viru points out, “Right now, the local language market is ovulating. Here we have a great product, and we are putting our neck out and rising to the Prime Minister’s call for an Aatmanirbhar Bharat.”

From simple cards to multimedia cards to hyperlocal videos to an entertainment social platform — for Dailyhunt, the slow and painful journey has always been on the road to serve the middle Bharat. Stating that these couple of months has given Indian companies a level playing field, Viru says,

“The beta launch of Josh clearly embodies what Dailyhunt has been able to serve local users. And we are just getting started.”

In the last 45 days of its beta launch, Josh has onboarded more than 200 top exclusive creators, four mega music labels, and over five million user-generated content (UGC) creators, recording more than a billion video plays per day, and over 21 minutes time spent per DAU.

At present on Android, Josh will soon be available to iOS users as well. Josh is part of Dailyhunt’s multi-app strategy and paves the way for Dailyhunt’s family of apps. As Umang says,

“Our superapp is our backend. Today, we monetise with advertising, but in the future, we hope to make the journey from content to commerce. So, you will see us driving more use cases across categories.”

From a news aggregator serving a more news-hungry older audience, Dailyhunt pivoted to aim to become India’s largest digital media business that would give consumers the ability to discover, consume, and socialise with content — both information and entertaining. To do this, Viru and Umang changed the product on the Android app to build a discovery-driven environment, change the feed, offer multimedia content, and rework the entire AI-ML algorithm to drive deep personalisation during discovery.

In the past two years alone, Dailyhunt has recorded a 10-fold increase in its users and revenue, which has now crossed more than $125 million of ARR.

So far the company has raised a total of more than $150 million in funding over seven rounds from investors, that includes among others Matrix Partners, Sequoia Capital India, Falcon Edge, Advent Management, Goldman Sachs, Belgium-based Sofina Group, and interestingly ByteDance that owns TikTok.

True to its vision of being a creator-first, consumer-focused, and content-forward app, the launch saw a creative hackathon with content creators producing content live. “We look at this moment in time when Dailyhunt as a group has a right to win in the short video space,” says Umang.