Inside IPL’s sponsorship race: Why startups are making a beeline for the world’s richest cricket league 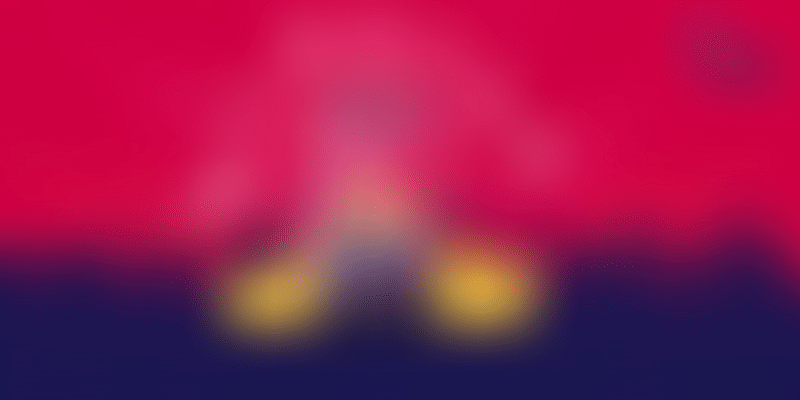 With IPL 2020 a week away, here’s why startups are putting in big sponsorship money at a time when they could focus on extending their cash reserves.

Cricket has historically been a great platform for companies to connect with consumers as the game’s popularity and reach across a billion-plus people is second to none. Hence, when the Indian Premier League (IPL) launched in 2008, it was regarded as a sponsors’ paradise.

The IPL offered instant and large-scale visibility to brands. Brands, in turn, poured millions of dollars in sponsorships — either in the central league and/or in individual franchises — amounting to IPL’s biggest revenue stream.

As a result, the league’s valuation more than doubled from $3.2 billion in 2014 to $6.8 billion in 2019, according to financial consultancy Duff & Phelps. In INR terms, the IPL ecosystem is worth Rs 47,500 crore, with its brand value appreciating 13.5 percent in the last edition (2019) of the tournament.

This IPL, Hotstar is on a record-breaking spree and it's not over yet

The world’s richest cricket league hit a roadblock as India was gripped by the pandemic. IPL 2020, earlier scheduled to start on March 29, was pushed towards uncertainty. Several stakeholders expressed concern over its viability at a time when sport in general was severely affected.

Things started looking up when the Board of Control for Cricket in India (BCCI) moved IPL 2020 out of India to the UAE. This is only the second time (since 2009) in the league’s history that it will be held entirely outside India.

Despite the ray of hope for cricket fans, the industry continued to be cautious. It reckoned that India’s contracting economy would make it impossible for the market to “support and sustain” a league that is all about big money.

“The market has gone through massive shock. Whether it would recover enough to put thousand of crores worth of advertising in the next six to eight weeks is the real issue. Given the kind of economic shock we have seen, I am not sure if the market is ready to support and sustain IPL 2020.”

Sure, IPL 2020 may not have drawn the usual “thousands of crores” in ad money, but homegrown startups have stepped in to fill the void left by legacy advertisers  —  FMCG, BFSI, consumer durables companies, which are the largest spenders in cricket.

Startups that are making a noise

Just a month before the league’s commencement on September 19, BCCI roped in Dream11 as the title sponsor. This is the homegrown gaming unicorn’s second association with the IPL after being its digital sponsors in 2019.

Dream11 paid Rs 222 crore for the title sponsorship, which is a far cry from what IPL typically draws. The event’s earlier title sponsor, VIVO, which dropped out owing to India’s rising geopolitical tensions with China, was paying Rs 440 crore per season.

Not just the central league, but individual franchises have also been able to attract lucrative startup sponsorships this year.

Others including MakeMyTrip, Myntra, boAt, Paytm Insider, Fancode, etc. have associated with teams helping them earn Rs 10 crore to Rs 15 crore in sponsorships.

Reports suggest that even IPL broadcaster Star India had roped in the likes of PhonePe, Khatabook, Swiggy, and Amazon as on-air sponsors before COVID-19 hit. However, it is unconfirmed if these companies continued their association later.

At a time when there’s all-round talk of extending the cash runway, does it make business sense for startups to spend on a costly league like the IPL?

What do startups gain from IPL?

Experts say that the IPL is a visibility and user growth engine for startups in India.

“Associating with IPL will give these startups amazing visibility. For some of them that are impacted positively by the pandemic, the cost of acquisition has gone down and the startups may be looking at either consolidation or significantly increasing their market share. An association with a property like IPL helps them do that. Since most of them are in the cashburn phase and are well-funded by deep-pocketed investors, these investments might make business sense for them and not impact their cash flows significantly.”

In essence, it is the VCs and PEs that are funding their portfolio companies’ — many of which are growth-stage companies — multimillion-dollar IPL spends.

Communications consultant Karthik Srinivasan tells YourStory, “This is a function of the kind of money startups have. Most defy conventional business basics of making profits from an investment, and continue to mount losses year after year, while touting some obfuscatory metrics like users, GMV, etc. When there is a leeway for startups to not worry about capital because it is abundantly available from an indulgent partner (PE/VC), who is willing to give them a generous period of time to grow, such deals are par for the course.”

MPL, which claims to be the youngest company to associate with the league, has partnered with two high-value franchises. Surely, such an association doesn’t come cheap. But the startup assesses it differently.

“The IPL is the most awaited cricket event this year, and easily the biggest media event in the country in terms of reach and impact. Any brand associated with the IPL can become a household name, and we have seen this time and again. Some of the measurable outcomes we look at are brand recognition, mass awareness, and user trust at a mass level."

"Of course, it’s not easy for a two-year-old startup to pull off any of these large partnerships, but it’s a reflection of our growth we’ve been able to have in a short span. We've grown 3-4X since pre-COVID levels,” he adds.

Others like Unacademy, the edtech trailblazer that recently turned unicorn, is looking at IPL as a platform that can help it become “the biggest brand” in India’s consumer internet space.

Karan Shroff, VP - Marketing, Unacademy, said in a statement: “Unacademy is a high-intensity brand that has disrupted the education and learning market with innovations and broken geographical barriers. With this partnership, we will double down on our efforts to make Unacademy the biggest brand in the consumer internet space in India.”

What do well-known startups and market leaders like Dream11 gain by investing hundreds of crores in the league?

“Being well known has multiple dimensions. Would anyone not ‘know’ Dream11 in India? Largely unlikely - the name would perhaps evoke the rudimentary awareness of what they are. But would that awareness convert into being a user too? Unlikely. For conversion, the brands need to relentlessly drill awareness. Marketers call that top-of-mind appeal. That appeal could tip the consumer from the not-for-me zone or the do-not-care zone to the let-me-try-that-once zone.”

How the league benefits

With practically no cricket this year, BCCI’s bottomline is naturally stressed.

Further, in the absence of legacy advertisers and gate/in-stadia revenues in IPL 2020, with matches to be played in empty stadiums sans crowds, startups have nearly redeemed the board and prevented it from incurring huge losses.

“For the league, this is money they would not have otherwise received in what is perhaps the worst year economically in decades. BCCI should be thankful that they were even allowed to run the tournament. The money should also help pay salaries and maintain the level of engagement.”

Besides the BCCI, startup sponsorships have also come as a relief for Star India. Even though the broadcaster was forced to sell its ad inventory at hugely discounted rates, the IPL gives it a chance to create fresh programming content as opposed to airing reruns of old shows, which fetch zero revenues.

WCC2: the Made in India 3D cricket game wooing the world

While it all looks good on paper a week away from the tournament, brand valuation experts throw in a word of caution about the future.

“Since these startups have a limited history and a fragile balance sheet, their inability to make a reasonable ROI from the investments might result in them not being able to continue these deals. Depending on the outcome, their valuations would either improve or worsen in the future.”

Very rarely in India does the value of anything related to cricket depreciate.

But 2020 has been an aberration, and even a money-making machine like IPL isn’t recession-proof. The league has also been affected for being held in a different country and climate, with seasonal (summer) advertisers like AC brands pulling out.

Duff & Phelps expects the league’s valuation to decline due to “reduced title sponsorship fees”, with Dream11 paying only 51 percent of what VIVO did. This may even “influence other contract renewals in the coming years”, it states.

However, the impact of zero gate revenues is likely to be limited to this edition only. As for the overall league, only time will tell if it can be restored to its past glory in a post-pandemic world.