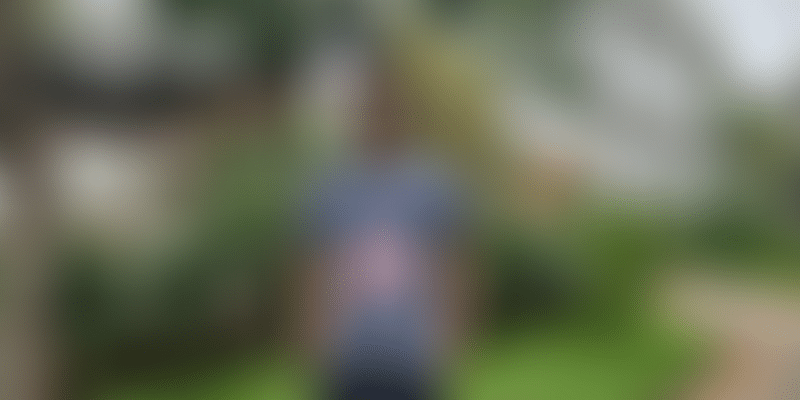 Launched by Prashanth Gurunath, the City Square app shows you the central location between two or more places, offers restaurant recommendations, and can be used by individuals and businesses.

Let’s meet this weekend. But where?

This question is often followed by multiple calculations to determine a location that’s central to everyone. And most often than not, most people end up feeling they’ve got the “long end” of the stick in the deal.

City Square aims to change all that.

Founded by 22-year-old Prashanth Gurunath, the Android application shows you the central location between two or more places. Nobody travels longer than the other, and everyone saves on time and fuel.

"Users just have to enter input locations and the app triangulates and displays a location that’s equidistant to all the places,” Prashant says.

The app also gives Zomato restaurant recommendations, with details of ratings, cost for two people, cuisine, and other relevant information for restaurants in the added locations and the central location.

“You can find the best place to meet,” says Prashanth, a developer who graduated with a bachelor’s degree in Information Technology from SRM University, Chennai, in May 2019.

The app now has more than 10,000 downloads on Android and has been used by businesses and individuals to figure out central meeting locations.

The birth of City Square

Prashanth says he has always been passionate about creating innovative and flexible apps that make lives simpler.

"Only when I moved to the outskirts of Chennai.  I understood that even though every city has umpteen hangout spots, plans often get made to meet in the heart of the city and people miss out on meeting at places convenient to both parties," Prashant says.

People across the world face this problem, and the founder decided to help solve it.

“It was one of my most ambitious projects. Balancing studies and work, and troubleshooting issues while developing the app was challenging. Also, having debuted in the times of the lockdown, taking this product into the market in itself was very challenging,” Prashanth says.

B2B2C app City Square was born in March 2020 after the team spent a year building their own algorithm on top of the open APIs of Google Maps.

“There are many location sharing apps and apps that give recommendations about places one can visit. But the problem of people travelling a distance to a meetup point hasn’t been addressed by anyone.

“In its current version, the app will be helpful for logistic firms to position their headquarters depending on the client base. A lot of money is spent on transportation to figure out availability of riders and drivers to deliver products across the city. So, a driver in a suburb can be assigned routes based on the inventory sorted in the warehouse by address," Prashanth says.

As coronavirus restrictions ease, more people are visiting restaurants or ordering out. City Square is piloting with five restaurants in Chennai to promote those spaces so that when a user opens the app and decides to meet a friend, who is travelling from a particular location, the algorithm will recommend the restaurant best suited for their meeting based on calculated distances.

The restaurant pays for the promotion on the app and is also rated by the users.

Users can personalise the app and can choose from five map styles. They can go hands-free and can add the location using a voice assistant.

Use cases and the future

The startup was used by a COVID-19 relief team in Chennai when a group of volunteers had to meet to exchange relief material to be distributed across the city. The volunteers, from different parts of the city, found a central location via the app.

The team also helped BurgerMan in Chennai to optimiselogistics.

The six-month-old company does not want to disclose its numbers as yet, but claims that five SMBs and five restaurants have signed up.

Over the next 18 months, the startup aims to onboard 25 restaurants and 50 SMBs across India. It will also release new versions of the app, and has plans to make an iOS version.

The closest competition to City Square is Bengaluru-based Locus, which uses AI to help the logistics industry map out routes and has raised $29 million.

"I am sure going forward AI can change the way smart cities work. I am going to be gunning big for this market opportunity," Prashanth.