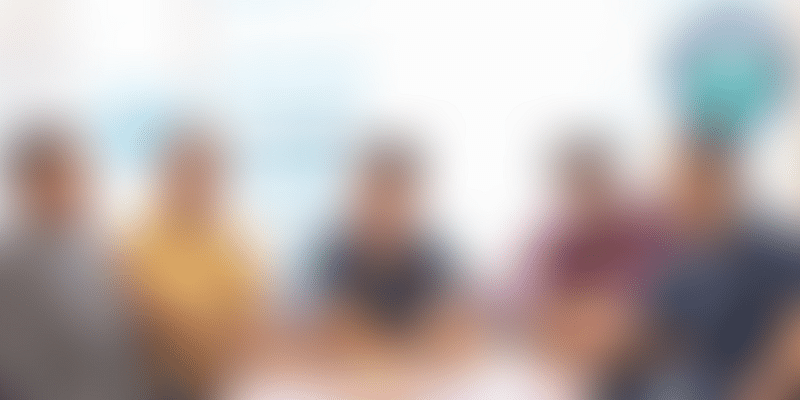 A product roadmap clarifies the why, what, and how behind what a tech startup is building. This week, we take a closer look at healthtech startup mfine, which allows users to consult doctors from top healthcare institutes through video or chat.

When former Myntra co-founders Prasad Kompalli and Ashutosh Lawania started online telemedicine startup mfine in February 2017, they weren’t the first in the space. But they had found a major gap in the market.

They established mfine as an AI-driven, on-demand healthcare service that provides users access to virtual consultations and connected care programmes from different hospitals across the country.

It was this very problem that also got Myntra CTO Ajit Narayan to mfine. Today, he is tapping mobile technology and AI to simplify healthcare in India.

The platform allows users to consult doctors from top healthcare institutions through video or chat. Unlike others in the space, Mfine partners with leading hospitals rather than aggregating individual doctors on the platform.

According to Crunchbase, Mfine is one of top 90 AI-based healthcare solutions across the world today.

Ajit says: “We use mobile to make virtual care accessible to anybody who has a mobile and internet connection. But building something with deep medical interaction and traction value for a small mobile interface is complex. We needed to simplify it.

“We realised that if you manage to identify good doctors you can mimic their capability in terms of treatment or evolve to looking at multiple doctors, seeing what works, and replicating that.”

The idea is simple: learn from the best and replicate best practices infinitely, using AI. Ajit says this works with a replication of one standard identification protocol and scaling that; next is scaling the reach the doctor has.

He adds if many people are looking at doctors through mobile, there will be little time. One may lose critical information if s/he isn’t attentive, and that is where AI helps.

“In any consultation, close to 85 percent of the time is spent on investigation. The doctors are focused on finding out root causes, by way of questioning. The last 15 percent is earmarked for a conclusion and treatment plan,” Ajit explains.

With mfine, the team wanted to find an automated way for that 85 percent time the doctor spends in collecting information from their patients. Every senior doctor has a virtual avatar in the system, which is able to talk to patients and summarise the prognosis.

“It is like an assistant or digital twin. So, there is one human doctor and 10,000 virtual twins,” Ajit says.

Beginning with a cold start

However, like every other AI problem, the issue is cold-starting. The product has to start with zero data/information and building the AI funnel takes time. So how do you train the system?

Mfine began by creating a ‘care team’ of human beings that acted as an extension of the doctor and his or her team. This, done with AI, helps the doctor with summarisations and preliminary investigations.

“We initially had a basic capability of chat and built human intelligence into the system. This helped doctors and patients see mfine’s immediate benefits,” Ajit says.

All the data captured was structured. The random text messages that comprise chat need a lot of machine power to understand the conversation and the context.

“It is hard to process this if you look purely from a natural language process. We structured the data, which means every conversation on the chat had to be machine readable. We established a data funnel and the system soon started to process enough data with every transaction,” Ajit says.

The structured data helped form protocols, and the team ran machine learning systems and different algorithms on this data.

Ajit says they waited six to eight months to “build the bot engine and the brain of the virtual doctor”.

The team also worked on gaining a deep understanding of the domain. Ajit says in any medicine-related technology, it isn’t enough to understand event A and event B; you need to understand what the symptoms can further mean.

“The association and knowledge has to be understood by the system. For that, the team crawled a lot of publicly available information, and constructed a medical knowledge base. This helps find relationships between various aspects. We call it a hyper graph - a knowledge graph of the medical domain.

“On the top of that, we automate learning with whatever the machine witnessed during every patient-doctor interaction. This bookish knowledge was reinforced by what is seen in real life, and concepts become stronger in the virtual doctor’s brain,” he says.

Human intervention is minimal now, and if a patient poses a question that is tough to understand, the human intervenes. After that, the machine takes over.

“The interplay is strong - we can gather information across 30 specialties and do differential diagnosis. For the treatment plan, we do what the doctors are doing on the platform. For example, basis all the information collected, the machine understands the profile of the person like a 40-year old male with hypertension, with a certain weight and BMI, is treated with certain tests and medicines. Patterns are observed, and the machine understands them,” Ajit explains.

The doctor then chooses the treatment plan, medicines, and if the patient needs to return for a consultation.

“You start to build a patient health index in a period of time; this helps the doctors,” Ajit says.

If a diagnostic test is part of the suggested treatment plan, the system registers a time for sample pickup. The reports are deciphered by the virtual doctor, and the case summary is uploaded on the system for the doctor to check.

“We are also into preventive care; we suggest diet and other controls. We also ensure that the medicines are shipped home,” Ajit adds.

The team is also working to build charts, regular reminders, diet plans, and vaccinations to ensure that the progress is tracked regularly.

According to IBEF, the online on-demand healthcare market is expected to be around $372 billion by 2022. The market size was around $160 billion last year. The healthtech startup competes with the likes of Practo, 1Mg, and others in the telemedicine space.

Mfine has so far raised $27.4 million in funding. It has tieups with top hospitals such as Apollo Hospitals, Cloudnine, KIMS Hospital, Paras Hospitals, and Sagar Hospitals.