How Wingify bootstrapped and built a profitable company out of India 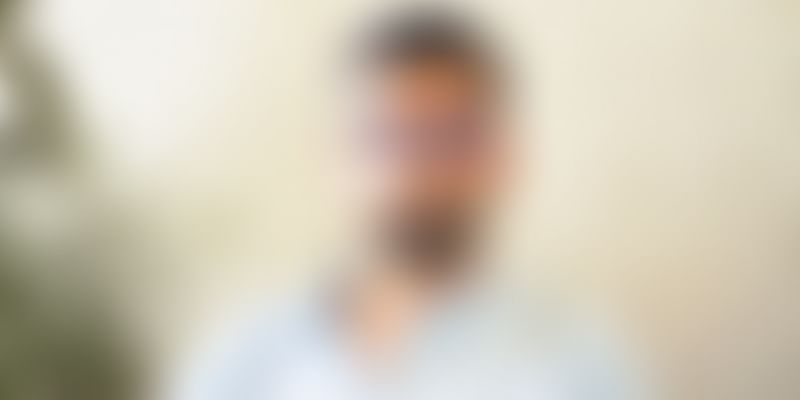 Wingify founder Paras Chopra speaks about his learnings, decisions, journey of bootrapping, and how he built a global profitable SaaS company.

“A startup’s success is a complex outcome of many factors, and money is just one of them”, says Founder and Chairman of Wingify, Paras Chopra, while sharing his secret sauce of building a profitable SaaS business out of India without any external funding.

Delhi-based Wingify is one of the few Indian companies with more than 4,000 clients in over 90 countries, and close to $23 million Annual Recurring Revenue. It has over 250 team members.

Founded in 2009, Wingify is a SaaS-based company whose flagship is a website testing platform product, VWO.

"There are various constraints to growth including the founder’s evolution as a leader, the company’s leadership bandwidth, the culture, positioning in the market, competition, and so on, and hence money is one of the many factors when it comes to constraints for growth," he says.

About Wingify, Paras says bootstrapping is actually a result of non-decision rather than an active decision.

“We did not know what differently we would do if we had more funding. There are ten factors that limit how fast a company can grow, and funding is probably just one of them. Extra money may help with a few factors, but it cannot replace other factors,” he says.

He adds that a startup cannot create a very productive culture just because it has raised money. “You may hire some leaders, but whether they work out for you or not is also not a function of money. So, money solves very few problems and in that context we never got around to answering what important factors could good money solve for us,” Paras says.

While bootstrapping was a non-decision, being profitable was a conscious decision at Wingify, he says. Paras says he never subscribed to a “VC-style thinking of growth at all costs”. “For me, business was simply revenue minus costs and you get profit from day one.”

“I still cannot fathom the situation of a company being in losses even if it’s growing because to me a loss-making company is still an alien concept,” adds Paras.

On a startup scaling, Paras says founders often forget to ask two questions to themselves – is the scale good, and whether the scale is something they will enjoy as an entrepreneur.

“Scaling looks very glorious when you are raising funding, but it comes with huge pressure and expectations. So, if that starts impacting the quality of your life in the next seven-eight years, you should know if you are ready to sign up for that or not. It has not worked for me. I enjoy being part of a bootstrapped company where we like to do things at our own pace”.

To Shradha’s question whether this clarity has always been there or has it come over a period of time, Paras responds, “definitely over time, the clarity has in fact come from interacting with investors".

“Being a profitable and growing company, you always have investors who want to talk to you. We are always open to conversations because conversations are a good way to build mental models. And every time we engage in some conversation, one thing or the other emerges which does not click with the way I want to spend my future”, says Paras.

Contrary to popular belief in the entrepreneurial ecosystem, Paras begs to differ that entrepreneurs have to work differently for the product in India and for the product for global markets. He believes you make only small changes if your product is great. “If you have a great product, people seek you out, rather than you having to push them. So, it really doesn’t matter whether someone is in America or Ghana or India or Bangladesh. If they could use the product they will come and buy it”.

“If we can use iPhone which is designed in California, use the same WhatsApp and Facebook in Brazil, US or Europe, then why India-built products cannot be used globally, and why they have to change something. We need to ensure we offer quality by design,” Paras says.

Paras believes the reason for Wingify’s success is the fact that he always wanted to be an entrepreneur and didn’t know anything else, and also the fact that Wingify is his fourth attempt at entrepreneurship and that he has learnt from his own failures.

“If you want to build a large company, there is no formula for it,” he says. In Wingify’s case, what worked among many other factors is that Paras and his founding partners never had preconceived notions of how work has to be done, “and work happens in so many different ways that you have to really discover what works for you,” he says, adding, “that becomes the culture of the company”.

Paras says a company reflects founders because people who join the company later start mimicking the founder’s habits. “Whoever you are as an entrepreneur, the organisation will be your reflection, almost like a mirror image,” he says.

Paras recalls that he was exposed to computers earlier than his peers, and when his father first bought a computer at home when he was 13, it was love at first sight. “I just immediately fell in love with the idea of programming”. He started exploring various tools on the computer and started programming during his teens.

“All day long, I would just make things. During the same time, I read an article on ‘how to do a startup’ by famous American computer scientist Paul Graham”, he recollects.

Paras then started researching more on entrepreneurship and happened to read a book called ‘Founders at Work: Stories of Startups’ by Jessica Livingston, founding partner of Y Combinator and also the wife of Paul Graham. The book had stories of the founders of Google, Yahoo, PayPal among others, which made Paras realise that to start a company you do not need “big factories”.

“While growing up in the 90s in India, the idea of a company was a huge industry and you think of Tata, Birla, and Ambani. But, when I read that Google started with just personal laptops, I thought, why cannot I do something of my own,” he says.

Reminiscing his entrepreneurial journey, Paras says he wrote the first code himself. He recalls Wingify was a single-man company (before Sparsh Gupta joined the company in 2010). “I was writing the code myself, writing marketing articles, doing customer support, and even taking sales demos, and so on”.

And this is what kept Paras updated with ground reality, or as he puts it, gave him a “gut feeling to work”. He says when he supports a person in a particular role, he knows the ground reality as he has worked in all the roles. And this is the practice which he still continues.

“I prefer to do the prototype myself, because you cannot just delegate something which even you don’t have a gut feeling for. So, I like to develop a gut feeling for even the smallest of things first myself, before having someone else scale those things,” he says.

“The crux is you have to be the person who you want everyone else in your company to be,” adds Paras.