Coronavirus: How should startups negotiate these difficult times? 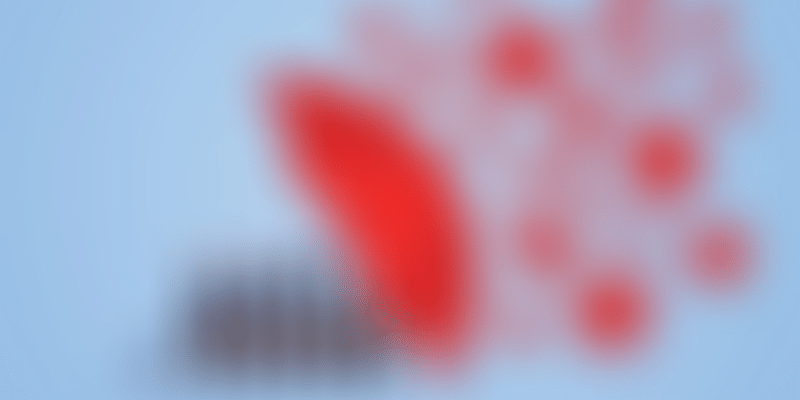 Amid the coronavirus pandemic, containing costs with a sense of urgency is crucial. At most startups, people and marketing comprise the major costs, and it is imperative to address both quickly.

When the Virtusa stock began trading on NASDAQ in the first week of August 2007 under the ticker symbol VRTU, it was a matter of great pride for all of us. Taking a company public with a listing on NASDAQ was like a dream come true for most of us in the management team. JP Morgan Securities was the sole book-running manager for the offering, with Bear Stearns & Co. being the lead manager.

We had barely learned how to run a public company to a quarterly rhythm, and under constant scrutiny, when we felt the early tremors of the credit crisis that eventually brought down the edifice of the world financial order like a pack of cards. In an ironic twist, Bear Stearns, our lead manager, was the first to fall and was forced to eventually merge with JPMorgan, our sole book runner, in a stock swap that valued it at a fraction of what it was valued just two days before the merger!

Events unfolded faster than we could imagine. The Virtusa stock, like many others around the globe, went into free fall and employee stock options were soon under water. Clients began cancelling contracts. Revenue began disappearing but costs were sticky downwards. We had to take some quick calls to contain our costs.

The situation was no different than today’s Italy. With a limited number of ventilators, some difficult choices are being made (and hence the whole emphasis on flattening the curve). The “first come first served” principle was what Italy started with but very soon they had to give up this approach and make choices based on the age, health conditions, and probability of recovery of the patients.

Startups and companies could start philosophically with a uniform pay cut for everyone, but this is bound to give way to a more nuanced approach that is in the best interest of the organisation.

Let’s take an example. If your startup is earning Rs 90 a month and incurring a cost of Rs 100, then the burn rate is Rs 10 a month. If the revenue comes off by say 40 percent and costs continue to be what they are, the burn rate jumps to Rs 46 per month. So, the burn has jumped up nearly five times and your runway, before you run out of cash, has shrunk nearly five times.

Since most new investors would have gone into a “wait and watch” mode, it won’t be easy to quickly raise money. So, containing costs with a sense of urgency is crucial. For most startups the big chunk of costs is people or marketing (often a euphemism for price discounts). You need to address both quickly.

When it comes to people costs, sooner or later individuals will begin to get bucketed into four groups based on a combination of price and necessity. Those that are priced high (high salaries) with somewhat questionable necessity for business (in terms of tangible impact) are the first to be axed. Startups flush with funds and aiming for high growth typically tend to hire a lot of folks that fall into this bucket.

Under such conditions, an approach of a uniform pay cut will create more harm than good. You need to take a hard look and classify people into these four broad buckets. Don’t involve too many people, and not even your entire leadership team, in this exercise.

Some of the leaders may end up in the “high price, low necessity” box. Once you identify this group, you must move swiftly and decisively. Even if it means handing out separation packages that are more generous than contractually mandatory, because these packages can be seen as a one-time cost, and after this cost is incurred you are left with a lean and fit organisation.

If you foresee a slow recovery, it is important to act fast before you start running out of cash, at which point you will need to cut the muscle along with the fat. Subsequent investors love startups with management teams that can act decisively and tend to back such teams. Subsequent funding rounds become that much easier.

Put all new hiring on hold, especially high cost hires. Institute a rigorous mechanism for evaluating the need for every new position and have a process of approval by the CFO/CEO. The good thing is that talent is available at reasonable price points and you could hire those you really need at affordable rates.

If you were a startup that did not hire recklessly when the times were good, it would be a bit easier for you. You may not have anyone in the “high price, low necessity” category at all. In this case, your approach could be taking a uniform pay cut. Alternately, you could have slabs where pay cuts could be a bit steeper at the higher salary slabs.

Some folks would be concerned about doing layoffs on Zoom, but those who can handle separations with dignity face to face can manage to do it on Zoom as well. These conversations won’t be easy. However, you can do your part by doing the right things – being honest, not being defensive, not getting into arguments and disagreements, not losing your cool, taking ownership and not palming it off on the company or management, and yet being firm.

Tough times always involve tough choices, and not getting perplexed is key. Any choice you make will have a certain negative fallout and can freeze you into inaction or put you into a state of confusion. Think coolly and holistically, keeping the interest of the organisation and the majority in mind.

Keep communication lines active. Keep investors updated. Keep employees updated. After the layoffs are done, do a town hall and talk them through the actions taken and the way forward. Explain why these actions were necessary. They will understand.

Governments have urged companies to be thoughtful about laying off people or cutting wages. The intent is to protect those who are at the bottom of the pecking order and those that constitute casual or contractual labor. The intention is not to prevent you from taking steps to protect your business from closure. That would be far worse for everyone.

In conclusion, difficult times are more easily manageable for those who demonstrate maturity in good times. Irrespective, think clearly and act decisively. Keep the interest of the majority and the larger good above everything else, including personal friendships and emotions.

This is the right time to differentiate good costs from bad costs, the good-to-have spends versus absolutely necessary spends. This is the time to evaluate a go-steady versus a swing-for-the-fences approach. This is the time to see if you can focus on automation and cut costs or create a better product-market fit by taking customer feedback. And see a silver lining in every cloud, learn your lessons, and move on.