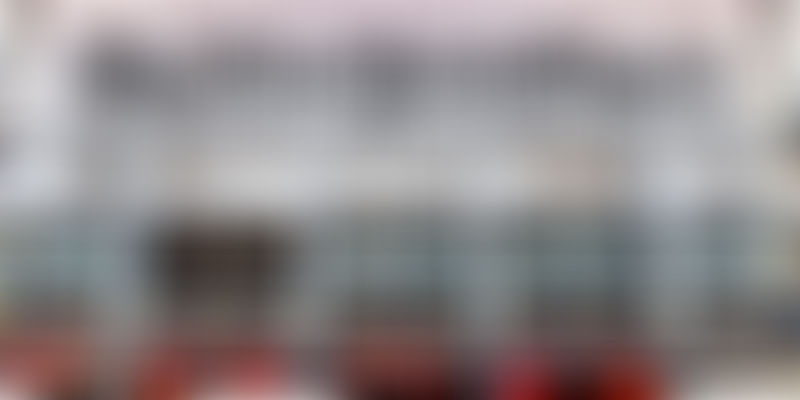 The battle between print and digital media has led to countless opinions and discourses on social media, with Twitter being the ringleader. And even with the world is slowly turning digital, there still exists a dedicated print user-base, happy to ritually pick up newspapers from outside their doors every morning and read it over breakfast.

To counter this very debatable conflict, The New York Times had a ‘Eureka!’ moment – why not combine the two worlds of print and digital, and make life easier for everyone?

In a recent press release, the daily announced that they would be restructuring their entire print layout and design, and reserve pages A3 and A4 for tweets and other fresh content previously not witnessed by the print edition.

According to Dean Baquet, the Executive Editor of The New York Times, “The Times has a universe that extends well beyond the print newspaper, and we’re excited to transform pages A2 and A3 into a must-read destination that gives readers a sense of that. As we continue to invest and innovate in print, this redesign is a step toward creating a print newspaper for a digital era.”

In an iconic move for the newspaper, The New York Times masthead will appear on the top of the A2 page instead of its editorial counterpart, marking a sharp distinction in an age-old tradition. Prior to the revamping of these pages, A2 and A3 had been used to list corrections for earlier articles and feature summaries of other articles in the newspaper.

In an age when individuals like Donald Trump, Bill Gates, and Elon Musk actively voice their opinions through Twitter, reporters are hard-pressed to provide briefs and breaking news updates, be it in textual or visual form, through the platform, considering its instant-access feature. At the same time, in an attempt to move beyond the limited content that fills up the print pages, the company is also looking to incorporate other kinds of unique digital content to give it a more detailed and widespread status.

With these changes to the print edition, the daily is mimicking the ‘front-of-the-book’ magazine approach. It will include columns such as ‘Inside the Times’ – featuring a behind-the-scenes look at the industry, ‘Spotlight’ – which will showcase the social media updates by Times journalists, and ‘Here to Help’ – which will include self-help advice, recipes, and movie and tech recommendations.

Noting about how “print and digital can be friends”, NY Times Editor-in-Chief Jake Silverstein spoke about how this move has not only been an attempt to widen their news and content, but also to place all relevant information in one space.

“We also recognized that there were some important functions this page could play—not only warming people up, but offering a dashboard of the huge scope of activity that’s going on in the world of The New York Times on any given day. That scope has expanded in recent years to take in not only what’s happening in the print paper and videos and podcasts and various institutional social media accounts, but also our live journalism and all of our journalists’ own social media accounts,” he said.

This radical move by The New York Times to bring together their print and digital sides could be the first of many such trends to follow.