Why SAIF Partners is bullish on seed companies 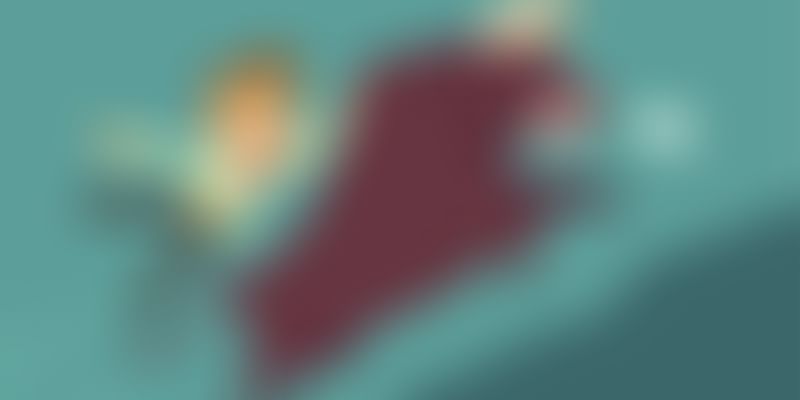 Innovations spring from inspired ideas, but implementation comes with capital. For the growth of any startup ecosystem, sufficient funding is essential. In 2016, however, Indian startups have seen a lull in funding compared to last year. Consequently, quite a few startups have shut down, and many have been acquired; yet more startups continue to mushroom. Building the next revolution would demand ample backing from investors.

In a recent interaction with YourStory, Managing Directors Deepak Gaur and Alok Goel revealed SAIF Partners’ plans concerning seed companies, and the bloom and doom of startups in the unique Indian ecosystem.

Typically, when late-stage companies are struggling, people let go of the seed practice, because valuations are attractive even in late stage. But Deepak opines, “The cycle is too long for seed-stage companies. Although risk is lesser in middle and late stage, seed is something which we prioritise.”

However, startups have to take a more focussed approach. Alok says, “Most startups here follow a business model that has been proven in the US. But India is a unique market. The next stage of Indian seed companies will be solving the inefficiencies in Indian market.”

The investor community often complains that companies in India take longer to scale. But the infrastructure, access to Internet, and the number of users who are comfortable accessing the content and doing transactions are rising, backed by disruptions on the payments side. If that happens, SAIF Partners plans to be partners from day one rather than waiting for the right time and valuation.

Deepak counted financial services, education, and healthcare as the three sectors the firm is keen on currently. But there is no budget set for investment. “If there is a minimum, we will do stupid things. If there is a maximum, we will lose out on good things. So it’s best not to define these numbers,” he says.

But SAIF is generally sector-agnostic. “Since the Indian market is unique, we will not take an approach saying ‘these are the four sectors that worked in the US or China, so let’s focus on the same sectors here’. Whether it is agriculture, remote medicine, non-traditional medicine, or education, we will cover all sectors,” he adds.

Alok explains that there is no bias. “The key is to have a good investment thesis rather than investing more in a sector that has given good results. We have taken built a good set of original theses into business models. We are looking for companies that align with such frameworks and theses,” he adds.

Alok gives the example of ShareChat, which provides sharable entertainment content for vernacular India. SAIF Partners led their seed round in July 2016. “Almost the entire English-speaking population now has access to Internet. The new ones to come on board will be the non-English speakers. They would want entertainment and interesting content to share with friends. ShareChat lets them create content and share it along with content created by other people.”

If a sector has not worked out well, SAIF does not decide to avoid investing in it any more. Deepak says, “It just means that our judgement was wrong in which company to back, or the infrastructure or environment was not ready for that model. Shying away from something due to fear of failure is something we avoid.”

Although 2016 is said to be the year of fintech, Alok hints at spaces awaiting innovation beyond payment gateways and wallets. “For instance, a customer who just started working, and has no credit history, won’t be able to handle 36-percent interest. He wants affordable loans for higher studies. Such opportunities can be solved in a tech-oriented manner. Banks don’t reach out to such masses,” he explains.

Future of SaaS in India

SAIF Partners has invested in two Software-as-a-Service (SaaS) startups: Tracxn and Fareye. How do they look at the future of the sector? Unlike in consumer businesses, you can’t build SaaS by seeing what somebody else is doing. SaaS business demands deep insights, which come with work experience. Alok says: “For instance, if you are building a payroll solution for HR, you should have worked in HR for a long time to understand the nuances. In India, few have had such insights, as they have not worked in a high-tech industry or been exposed to such problems.”

But he believes that more SaaS companies will come out of India soon. “The product design and such other talents that were non-existent in India are now more abundant and accessible. A lot of people who have such insights are moving back to India from the US. They have worked in large companies and understand the problems these companies are not solving, which can be solved by a startup,” he says, adding that the cost structure is also an advantage for India, as it is cheaper than building it in the US.

Where there is a will

SAIF has seen a huge number of companies go public – including MakeMyTrip and Just Dial, where they were first investors. But Deepak stresses that the exit is not a factor in investments. “If it is a very large problem and the company is taking a differentiated approach to solve it, we back them with a conviction that it is only a matter of time before a large valuable outcome be created. Exit is not in control of the company. It is a function of macro-environment and strategic opportunities,” he explains. Exit discussion is crucial in Series-C or Series-D investments as it is more predictable at that stage.

Same is the case with the startup’s location and target audience. Deepak says, “We don’t differentiate if the target market is Tier I or Tier II. Geography plays a role in the ingredients which you need to build the company – technology, infrastructure, access to media, tech and marketing talent.” Alok agrees. “After a point, they realised that they have to move to a city where it is easier to access talent. Many have relocated from Mumbai to Bengaluru,” he points out.

Is the current funding crunch a sign of Indian startup ecosystem maturing? “It’s like a tree has matured and the changes will be much smaller. I don’t think we are at even grassroots of how big the ecosystem will be,” Deepak says.

According to him, what we are seeing is a very natural phase that comes in every investing cycle. “When there is a lot of activity, every sector gets a lot of players and capital. Then there is a period of consolidation. A few companies emerge, and more capital backs them to attain scale. Then there is a phase in which new sectors are still early, hence the amount of capital they can absorb is low, and fewer companies get to the next stage of funding. That’s what we are going through,” he adds.

In short, it is not unpredictable or triggered by any external event. It is self-correction.

American giants Amazon and Uber are pouring billions into the Indian market. Rather than as a threat to Indian startups, Goel sees it as a sign of India market becoming critical in the overall business success of that larger company. “The problem will be bigger if the Indian market does not matter to anybody,” he adds.

In five years, India has gone from four million to 300 million mobile users. Alok believes that it is only natural that the US and Chinese companies are attracted by the consumer behaviours developing here. “World’s best car manufacturers have come to India, but nobody could beat Maruti, because they understand what Indian consumer wants. As long as you design a unique model by playing to your strengths, there is no reason why somebody from outside be able to beat it,” he says.

However, Alok stresses that capital becomes the differentiator when we replicate US model. “In fact, the outsider company will have an advantage as they have had a larger learning curve, having done it for longer period in more places. This demands that we design solutions that are unique to us. That is the next phase of Indian startup ecosystem – not just make in India, but tech companies made for India,” he explains.

The climate for support for startups has never been better with regard to red tape, which in turn encourages more investment. Discussion agenda at the highest level is not on whether it is good for the country, but on how to help and simplify regulations.

There will surely be more opportunities for disruption. But those crops are at the seed stage now. SAIF is keen to partner with those companies early on and see them through their journey. More investors, investment and incubators are bound to come up. Indian startups can now look forward to the next spring.